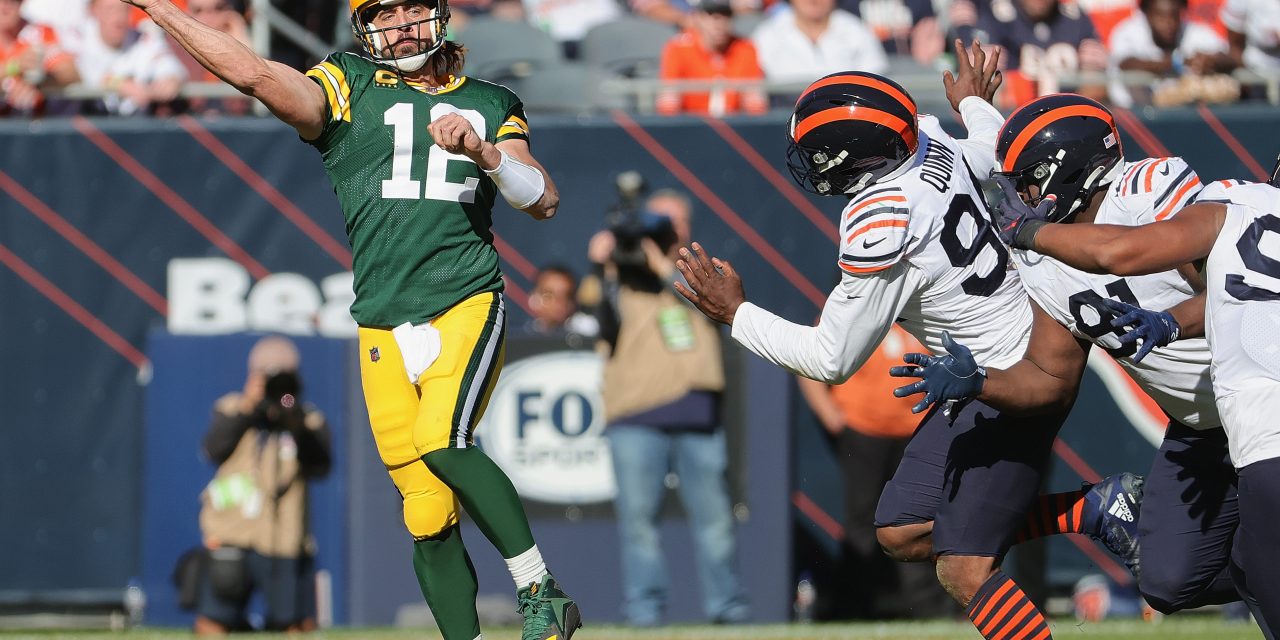 , ‘When we talk about this rivalry, I think that that could be a little bit unique,’ Packers coach Matt LaFleur said.,

It’s a matchup that predates the Chicago Bears themselves.

The first meeting between Green Bay and Chicago came on November 27, 1921 between the Chicago Staleys and Green Bay Packers. Chicago took that one as the series morphed into the most storied rivalry in the National Football League.

The two teams have played each other a record 204 times. There have been some all-time classics along the way.

Who could forget the birth of The Fridge after then-head-coach Mike Ditka put defensive tackle William Perry at fullback for the first time against the Packers during the 1985 season for a go-ahead touchdown?

How about The Walter Payton Game, in which defensive end Bryan Robinson blocked a 28-yard kick to preserve an improbable Bears win shortly after the Hall of Fame running back had passed away at the age of 45?

Then there was the dogfight in the 2011 NFC Championship game in which backup quarterback Caleb Hanie almost solidified himself as a Chicago-area hero after starting quarterback Jay Cutler sprained his knee in the first half. Green Bay hung on to win thanks to a fourth-quarter interception by defensive back Sam Shields. The Packers went on to win the only Super Bowl of Aaron Rodgers‘ tenure.

Fast-forward to 2022, and this hasn’t been much of a rivalry lately given Green Bay’s success. The Packers now lead the all-time regular-season series 102-94-6 and have won the last six matchups.

“I love the history of this game,” said Rodgers. “And when I got to this squad, Chicago was beating us on the all-time record. And now we’re up by eight, I believe. So. That does mean a lot to me.”

Aaron Rodgers spoke with Pam Oliver after his three-touchdown performance for the Green Bay Packers in a 24-14 win over the Chicago Bears last year.

Individually, Rodgers has some of his best stats against his rivals to the south. He has thrown 61 career touchdowns passes against the Bears, his most against any opponent. And in his past four starts against Chicago, he has 15 touchdowns, no interceptions and a 141.5 passer rating.

Should Packers wide receiver Allen Lazard play (he’s questionable heading into the game), he could also see some success. Lazard had six catches for 75 yards and a touchdown in the teams’ last meeting.

It’s not all on the side of the Pack, though. Bears defensive end Robert Quinn had three sacks and four tackles for loss in two games against Green Back last year. He’ll aim for his third straight game with a sack against Green Bay.

The Bears also have the Packers’ former quarterbacks coach — and Rodgers’ former confidant — on staff in offensive coordinator Luke Getsy. He’s about to see this rivalry from both sides.

“I mean, there is the natural ‘both sides don’t like each other’ or whatever, but I’m not into that, really,” Getsy said this week. “Maybe I don’t pay attention to it enough. I’ll be honest with you. But I just think there’s a lot of respect both ways. I really do. I think that’s why you saw Aaron has fun with it. Like I mean, there’s a lot of respect between both teams and I can remember (Mike) McCarthy used to have signs up all over the building whenever we played the Bears and stuff. So, it’s there. It’s definitely there. But as far as like how I’ve always taken it, I’ve never really got into like I hate one or the other either way. I really haven’t.”

Getsy declined to say exactly what was on those signs McCarthy used to have up around the building but he did let on that the allegiances in his own home have changed completely. When asked what his kids, who have grown up in Green Bay, were expected to do with all the Packer regalia they’ve acquired over the years, he said: “Oh, they’re definitely not allowed to wear it.” He also went on to say his three sons are ‘all about Justin Fields‘ these days.

Getsy isn’t the only connection between these two teams, either. Safety Adrian Amos made the switch from the navy and orange to green and gold. Wide receiver Equanimeous St. Brown did the opposite. So did offensive lineman Lucas Patrick, who was named a captain for this week’s matchup by the Bears.

“It is kind of the nature of the beast in this league,” said Packers head coach Matt LaFleur. “But in particular, when we talk about this rivalry, I think that that could be a little bit unique. I don’t think it favors anybody, to be honest with you. I think it favors whoever handles the circumstances the best, whoever prepares the best, whoever shows up ready to play, who gives the most effort, who’s the most resilient, who goes out there and quite frankly, executes better than the other team.”

The Packers dropped their season opener to another team in the division, losing 23-7 to the Minnesota Vikings. They’re looking to bounce back and avoid going not only 0-2 in the division but 0-2 for the first time since 2006, in general.

They’ll face a Bears team coming off a (very wet) win over the San Francisco 49ers that impressed LaFleur, who isn’t taking this game, despite recent history, for granted.

“It takes a lot of resiliency and that’s what they showed,” LaFleur said of the Bears. “They’re doing it against a team that we know very well and is the epitome of that themselves. For them, a younger team, to be able to to grind one out like that, I think that should tell our guys everything that they need to know and that they need to get ready for. This is going to be a team no matter what the circumstance, we’re going to get their best shot. We know it and we’re gonna have to be prepared for that.”

Running back A.J. Dillon was also impressed, though he’s seen that kind of grit from the Bears for a while.

“They play hard,” Dillon said. “[That’s] kind of their identity since I’ve been playing against them. They fly around, they swarm to the ball; a lot of energy and stuff like that.”

As far as the rivalry goes, the third-year running back is all in on that, too.

“It means everything,” Dillon said. “Being a Packer, especially living in Green Bay and being part of the community, I know how much not only to us as the team but also to the community in Green Bay. 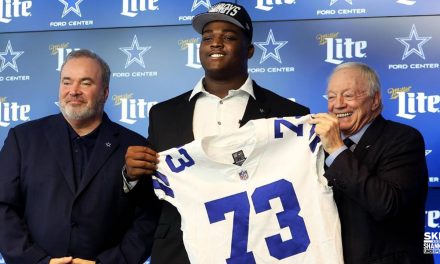 DeFi and Credit on the Blockchain: Why Loans Are Better When They’re Decentralized

Only 8% of Mixed Crypto Coins Tied to Illicit Activity: Report