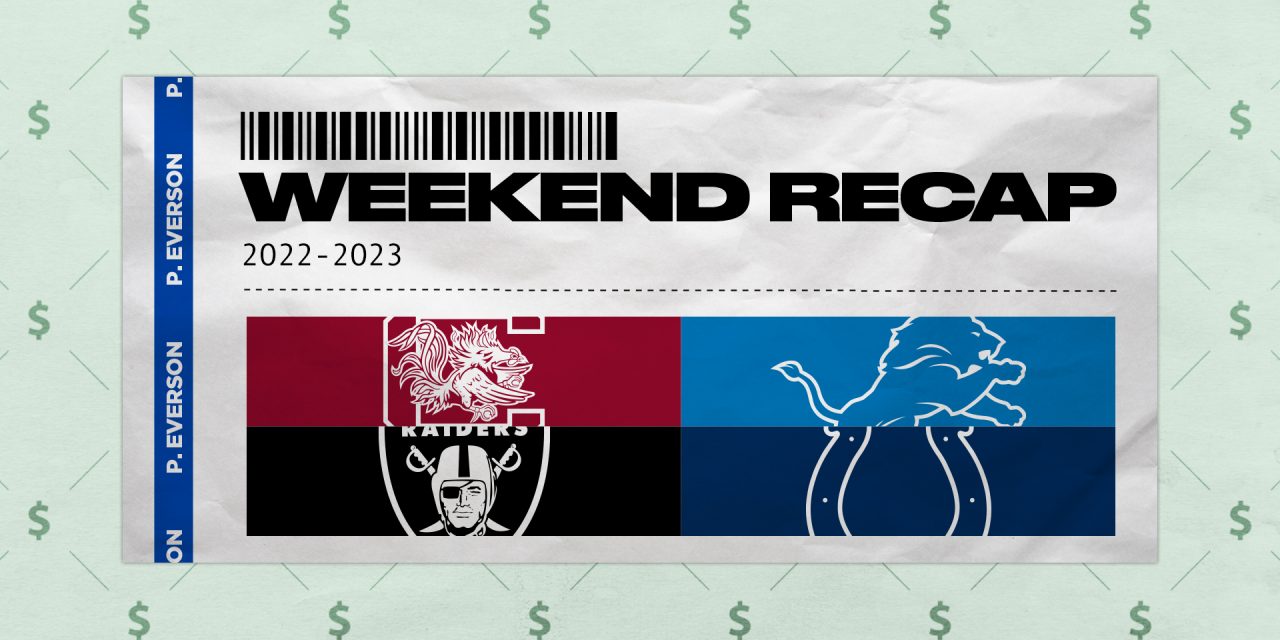 Normally, we’d kick off this weekly recap with a look at how the bookmakers and bettors did in the National Football League. And the NFL Week 11 odds market definitely had some interesting occurrences.

But the college football Week 12 odds market had an over-the-top Saturday that also shook up the College Football Playoff odds, so we’ve got to start there.

Fall of the Vols

Before Saturday’s Tennessee-South Carolina clash, BetMGM and others were lamenting their position on the Vols.

“Stop me if you heard this before, but we’ll need Tennessee not to cover this week, and the Gamecocks will be our biggest need of the week,” BetMGM trader Seamus Magee said.

So when Tennessee not only didn’t cover the hefty 22.5-point spread but got smacked by big home ‘dog South Carolina 63-38, it was a boon for the books. Most oddsmakers were just hoping the Gamecocks could cover the number, and winning outright was a pipe dream.

“We needed South Carolina to cover for a decent result,” said Casey Degnon, senior risk supervisor at The SuperBook. “The Gamecocks winning outright was icing on the cake.”

Added Magee: “There were loads of moneyline parlays on Tennessee.”

In those instances, all bettors needed was for the Vols to win the game, not cover the spread. Obviously, Tennessee did neither.

You Kidding Me? Playoffs?

In last week’s CFP rankings, Tennessee was No. 5, just one spot short of qualifying for the four-team playoff. But bookmakers had Tennessee No. 4 on the championship odds board because the Vols had what appeared to be a more palatable path to the playoff.

Sportsbooks were working off the assumption that Tennessee would coast past South Carolina and Vanderbilt in its final two regular-season games. So the Vols would be 11-1, and missing the SEC title game would actually be helpful — no chance for a second loss. Meanwhile, Ohio State and Michigan — ranked second and third — would take care of each other on Nov. 26, with the loser likely falling out of the CFP and Tennessee moving in.

Tennessee probably saw it that way, too. But as they say, people make plans and God laughs. Well, God and Spencer Rattler. And bookmakers, who laughed all the way to the bank, on several fronts, after South Carolina’s blowout win.

“The Vols were our worst [outcome] on the futures market,” BetMGM vice president of trading Jason Scott said.

Indeed. BetMGM and other books held huge liability to the Vols winning the national championship. Tennessee could be had at odds of 100-1 in the offseason, and there were plenty of tickets early in the season at, say, 60-1 or 40-1 as the Vols slowly climbed the ladder. That liability is all wiped out.

Is Micah Parsons the best defender in the NFL, and could the Cowboys could use him better?

The “FOX NFL Kickoff” crew discusses Micah Parsons and how the Dallas Cowboys could be using him better.

Chris Andrews, sportsbook director at the South Point in Las Vegas, said the Eagles-Colts outcome was a double-whammy for his shop.

“There were a lot of teasers and moneyline parlays on the Eagles, and they bet the Colts on the point spread. So that was bad,” Andrews said.

The Eagles got a late touchdown to squeak out a 17-16 victory at Indianapolis. That either made a winner of or kept alive moneyline parlays on the Eagles, and also aided teaser bets. Philly closed as a 6.5-point favorite, so a 6-point teaser would have the Eagles as just a half-point favorite; therefore, the one-point win kept those tickets going.

On the flip side, the Colts covered as 6.5-point underdogs, and plenty of bettors liked the Colts on the spread Sunday.

According to senior oddsmaker Chris Youn, bettors got the better of the battle at WynnBet.

“It has not been a great day in the [risk] room,” Youn said, pointing to the Lions’ modest upset of the Giants and the Raiders’ overtime win at Denver, along with the wild Jets-Patriots ending. “The Patriots covering at the end of the game with that amazing punt return was another unfavorable decision.”

Marcus Jones returned a punt 84 yards for a touchdown in the waning seconds to give New England a 10-3 victory as a 3.5-point home favorite against New York.

Prior to the Sunday night game, Youn said: “We need the Chiefs to win and cover to salvage our day.”

Kansas City beat the Los Angeles Chargers 27-24 on some typical late Patrick Mahomes heroics, getting a TD in the final minute. But the Chiefs failed to cover as 5-point favorites.

Returning to the college campus, Tennessee’s upset loss was part of a larger trend for the best teams in the nation. The top five in the College Football Playoff rankings all failed to cover the spread. The Vols were the only one to lose outright, but:

“It’s the end of the season, so look-ahead spots are there, and [teams are] not super focused on who they’re playing,” WynnBet’s Youn said. “Also, the weather was definitely a factor in the Michigan and Georgia games.”

“We had a good [Saturday] but had no real big decisions on any individual game,” Youn said. “Just quite a few favorable results that added up to an overall winning day. Baylor covering and the Under (total 58) was our best overall result. Pac-12 After Dark, with USC covering the -2.5, was the cap to a positive day.”

There was plenty of #MajorWager activity at multiple sportsbooks this weekend. Caesars Sports reported quite a bunch of those bets. We’ll start with one college bettor who plowed $1.1 million into five games:

So those five bets ultimately moved $220,000 into Caesars’ coffers.

Also, in the NFL, one Caesars customer put a whopping $312,500 on the Bills -7.5 vs. the Lions for the neutral-site game in Detroit. That bettor got quite the sweat, with Buffalo winning 31-23 to cover by a half-point.

Clearly, these are high-roller types. So as I always remind, never bet more than you can afford to lose. I lost #ChilisMoney on Colts moneyline, Baylor moneyline and an in-game total bet on Cowboys-Vikings Over 45.5. I guess I’ll be dining in this week.

Patrick Everson is a sports betting analyst for FOX Sports and senior reporter for VegasInsider.com. He is a distinguished journalist in the national sports betting space. He’s based in Las Vegas, where he enjoys golfing in 110-degree heat. Follow him on Twitter: @PatrickE_Vegas.

The Cowboys we saw Sunday look like Super Bowl contenders

Behind the Scenes with the FOX NFL Crew: Jersey Boys cover Giants-Lions 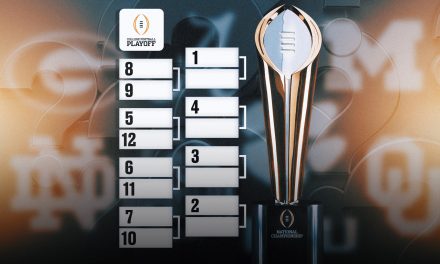 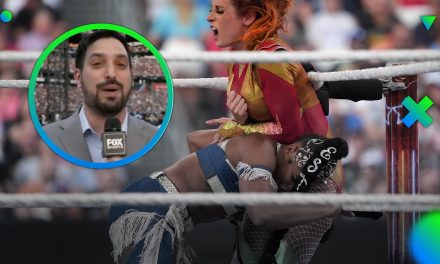 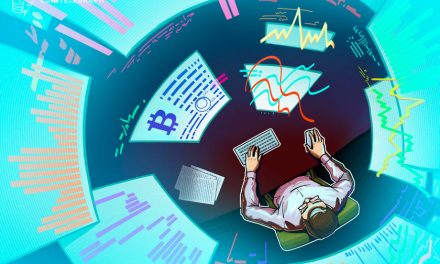 BTC price struggles at $21K as trader says ‘top is in’ for Bitcoin, Ethereum 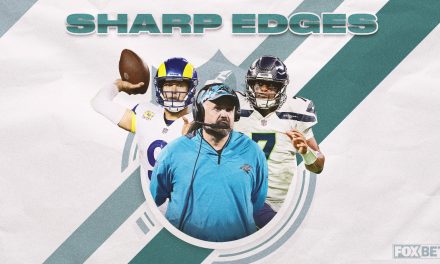