Can Celtics trade for Kevin Durant without sacrificing identity?, 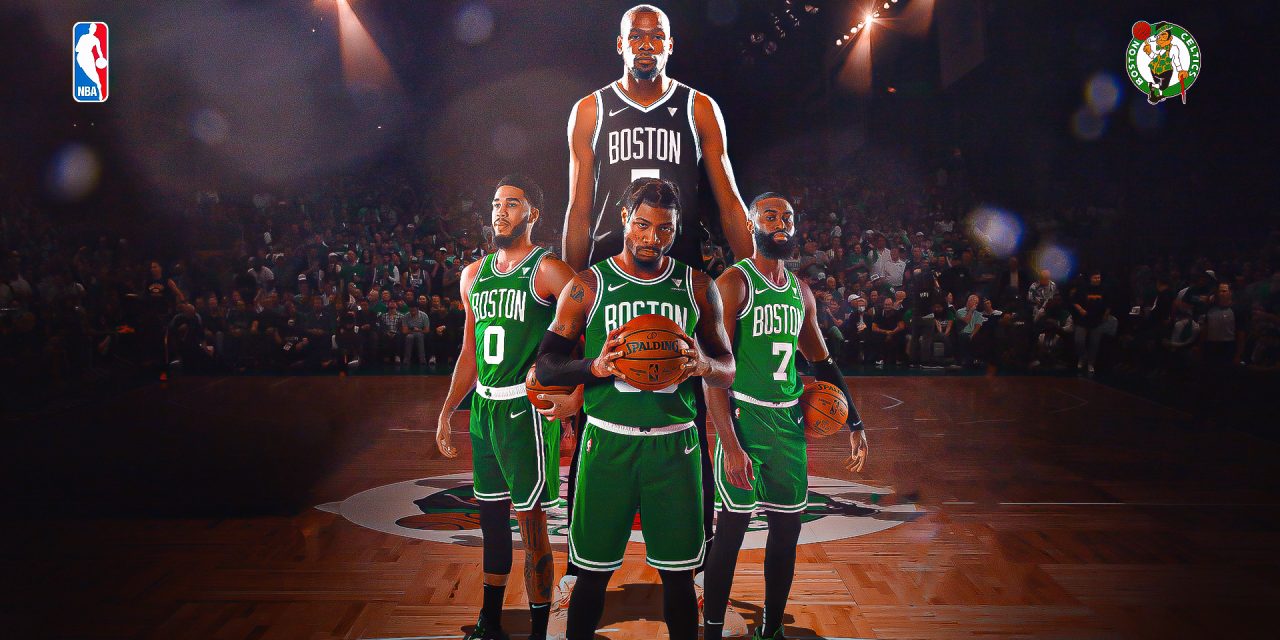 , Is KD the missing piece in Boston? Ric Bucher talks to rival GMs about what the C’s should be willing to give up for Durant.,

Marcus Smart has become as integral to the Boston Celtics‘ identity as their mascot, Lucky the Leprechaun. So — if including Smart is the linchpin to procuring 12-time All-Star Kevin Durant from the Brooklyn Nets, should the Celtics do it?

To be clear, Smart is ingrained in the shamrock psyche for more than his green-dyed dreads and dives for loose balls that conjure memories of another hard-nosed Celtics’ legend, Dave Cowens. Smart, the sixth pick of the 2014 NBA Draft, has spent his entire career in Boston and is the most tenured player on the current roster. The Celtics have never failed to make the playoffs since he arrived. The Boston faithful have watched him evolve from a volatile back-up point guard into a slightly less volatile starter and vocal leader.

His willingness to call out the team’s more heralded — and more highly-paid — stars along with his defensive leadership inspired the team’s turnaround last season from play-in hopeful in late January to Eastern Conference champions. He was selected Defensive Player of the Year for his efforts, the first guard since Gary Payton to receive the honor.

But the prize is Durant, a four-time scoring champion. Ten-time All-NBA selection. Two-time Finals MVP. Arguably the player that could’ve put them over the top against the Golden State Warriors last June.

The Nets reportedly want Marcus Smart back in any Kevin Durant trade with the Celtics.

While Smart was not part of the recent offer the Celtics reportedly made for Durant — an offer the Nets also reportedly rejected — no one was mentioned more often in conversations with rival GMs about what it would take for Durant, who requested a trade last month, to wind up in Boston.

With the offer of forward Jaylen Brown, back-up point guard Derrick White and a future first-round pick apparently not being enough, the GMs — three from the Eastern Conference, three from the Western — were asked a simple question:

What gets a deal done for KD, and would you do it?

The responses were far from uniform, but if there was a player that represented the tipping point, it was Smart.

“The Nets should ask that he be part of the deal,” said one of the Eastern Conference GMs. “Because Marcus just brings a different element. There’s risk, but with all the great ones, there’s normally risk. And not to say Marcus is great, but when he’s good he’s really, really f—ing good.”

“I imagine Brooklyn wants three rotation guys,” he said. “Derrick White, Jaylen Brown are two. If there’s a third person, Brooklyn has every right to ask for Marcus Smart. If you’re Boston and say, ‘That’s too much,’ well, then you’re not going to get the guy (Durant).”

As much as they valued Durant, both GMs would do it.

“As long as Jayson is not in the deal, if you roll out Jayson and KD plus whatever, you have more than a fighting chance (to win a title),” said the first GM.

Should the Celtics trade Jaylen Brown for Kevin Durant?

A third Eastern Conference GM believes that the Nets would be making a mistake trading Durant to a divisional rival, but if they did, they should walk away convinced they took something irreplaceable from them: Smart.

“I’d have to get Marcus Smart back and Jaylen Brown and a number of picks,” he said. “If I’m Sean Marks and against my better judgment I traded in the division, then I’m trying to strip away what I know they need to win. Jaylen Brown and Marcus Smart give them all their toughness. That’s where the winning comes in for Boston. I’m not as afraid of them if you get both of them out of the building.”

That GM also was less enthralled with the pairing of KD and Tatum than the first two.

“KD and Tatum are talented, but I don’t know how tough they are,” he said. “I know he’s a lot younger than KD, but if you’re just trying to win one title, do you trade Tatum for Durant? I’d do that before I’d give them Jaylen and Smart. Brown is valued a little less than Tatum because he’s not the skill darling. He’s a high level athlete who has developed into a good player. But I have to think Brooklyn would prefer Tatum and you wouldn’t have to give up Smart.”

The Western Conference GMs didn’t see a Tatum-for-Durant swap as realistic, either because they were convinced Stevens wouldn’t or shouldn’t do it. The first Western Conference GM had probably the least regard for KD among the six, saying he wouldn’t give up more than one rotational player — Brown — for him.

“I’d do Jaylen Brown plus guys who don’t play plus picks,” he said. “It would be really hard to give up more meaningful pieces than Jaylen Brown. I would assume Brooklyn would do KD for Tatum straight up, but I don’t think that makes sense for Boston.”

Neither of the other two Western Conference GMs saw that as a realistic possibility, either.

“I would be totally shocked if Boston would ever trade Tatum for KD,” said one of them. “I would bet it’s a non-starter for them.”

One reason would be that they know who Tatum is and how he fits into their team. For all of Durant’s success, team conflicts of one kind or another have occurred at all three of his stops now — Seattle/Oklahoma City, Golden State and Brooklyn. The Celtics have collectively had their issues as well, but Tatum hasn’t been the source of them. And when Smart challenged Tatum (and Brown) to share the ball early last season, they didn’t balk, they responded.

“Tatum is younger, and they know what type of locker room guy and leader he is,” said the other. “It’s tough to give him up if he’s your young franchise guy.”

The lingering question after Tatum’s performance is whether he is truly a franchise cornerstone. That’s where the idea of swapping him for Durant has merit.

Jayson Tatum says he’s not making anything of the trade rumors surrounding his teammate Jaylen Brown and Kevin Durant of the Brooklyn Nets.

Yes, there is tremendous risk in dealing a 24-year-old star, Tatum, for a 34-year-old one in Durant. But Durant already has proven what he’s capable of with a championship on the line, winning  back-to-back Finals MVPs with the Golden State Warriors. Tatum, meanwhile, far too often looked confused or uncertain playing against the Warriors last June, as if the stage was too big and the lights too bright. After helping the Celtics to a 2-1 series lead, he turned the ball over 15 times and shot 35% over the final three games, all losses.

The first Eastern Conference GM viewed the performance as part of Tatum’s learning curve, rather than a fatal flaw.

“The elite players, the perennial All-Star and first-team NBA types, all of them failed the first time through (to the Finals),” he said. “None of them just show up and kill. Maybe the truly special ones figure it out quicker. And maybe Jayson is not there yet. But he might get there.”

Questions about Tatum’s mental toughness are also what makes the Celtics even considering him as a potential trade piece for Durant dangerous.

“Brown has heard his name enough in trade talks that I don’t see it bothering him,” the third Eastern Conference GM said. “But if it came out that they’d be willing to move Tatum, Tatum might fold on them. If you’re going to go that direction, you’ve got to be sure Brooklyn will do it, because if they don’t, Tatum is coming back to Boston saying, ‘Oh, you’re ready to get rid of me, after all I did.'”

The second Eastern Conference GM advised against team president Brad Stevens letting the process drag out. If he’s already made his best offer for Durant and is willing to bet that the additions of point guard Malcolm Brogdon and forward Danilo Gallinari can get the Celtics an 18th title, he should make that clear. As opposed to waiting to see if he truly has to include Smart in order to get Durant before finally pulling the trigger.

“If you’re Boston and you want KD and you’re almost there, you need to go 100 percent there,” he said. “You’re not going to find this at Nordstrom Rack in a month. It’s not going to get cheaper. If anything, it’s going to get more expensive. I know Marcus Smart is your guy. But if you’re about getting that next banner, something has to give. A hard decision has to be made. If you truly want the guy (KD), then do it. If it’s too much, then say it’s too much and be done with it.”

Ric Bucher is an NBA writer for FOX Sports. He previously wrote for Bleacher Report, ESPN The Magazine and The Washington Post and has written two books, “Rebound,” the story of NBA forward Brian Grant’s battle with young onset Parkinson’s, and “Yao: A Life In Two Worlds,” the story of NBA center Yao Ming. He also has a daily podcast, “On The Ball with Ric Bucher.” Follow him on Twitter @RicBucher.

in this topic
Ric Bucher

Will Kevin Durant start the season in Brooklyn?

Should the Warriors give Draymond Green a max deal? 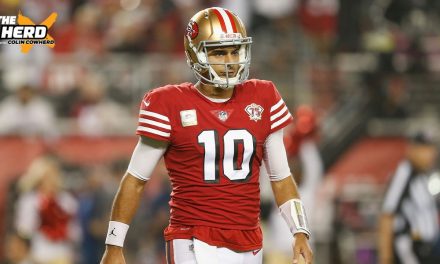 Steve Young says Jimmy Garoppolo may ask his release from 49ers | THE HERD, 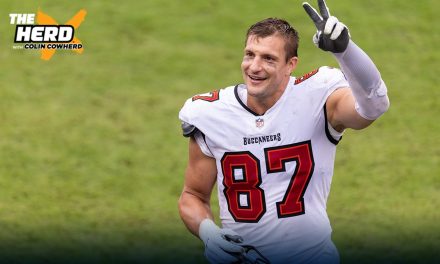 Rob Gronkowski announces his retirement from the NFL | THE HERD, 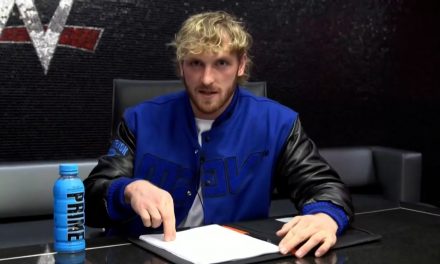 The Miz reacts to Logan Paul’s call out message | WWE on FOX,