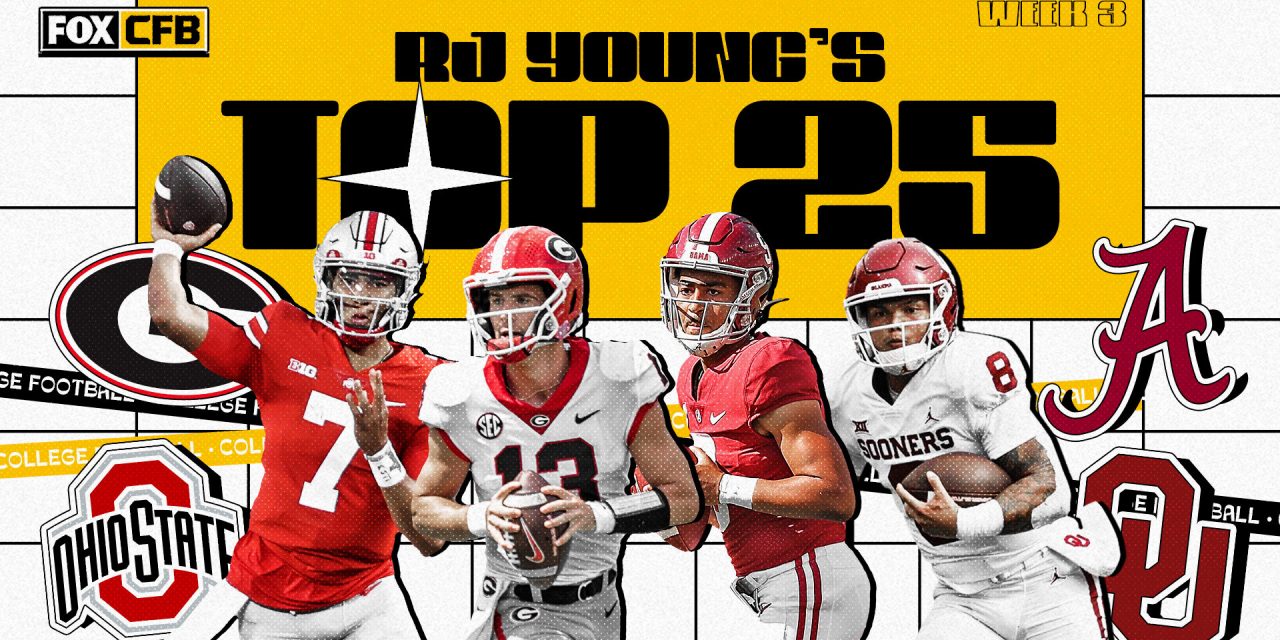 , Oklahoma joins the top four in RJ Young’s college football rankings after Week 3. Check out who else made his Top 25.,

Since the Big Ten was split into two divisions in 2014, there has never been a season when either the Big Ten East or West division had all seven teams begin their seasons 3-0, according to FOX Sports research.

The closest either division had come to a perfect start through three games was in 2020, when five teams representing the Big Ten West started 3-0. At least that was the closest before Saturday.

With six out of seven wins in Week 3, the Big Ten East will begin conference play with six 3-0 teams. Only Michigan State suffered a loss so far, Saturday at Washington.

All eyes will be on Maryland now, as the unbeaten Terps travel to Ann Arbor to take on Michigan on Saturday for “Big Noon Kickoff.”

RJ Young reacts to the Oklahoma Sooners’ victory at Nebraska, and also looks at whether Urban Meyer would be a good fit for the Cornhuskers.

The Dawgs had the game so well in hand with nine minutes left in the fourth quarter that quarterback Stetson Bennett was seen taking photos with fans.

Nick Saban’s team responded to their one-point victory to an undermanned Texas last week with a signature drubbing of the WarHawks.

After allowing seven points in the first quarter, Oklahoma scored 49 unanswered in a rout of their once-mighty foe in Lincoln, Nebraska.

Blake Corum rushed for five touchdowns, tying a record held by Hassan Haskins and Ron Johnson, who set it more than 50 years ago.

RJ Young breaks down how the Michigan Wolverines are looking after a third straight dominant victory.

Will Levis passed for 377 yards in the Wildcats’ romp against the Penguins.

Will Shipley carried 12 times for 139 yards and a pair of scores for the Tigers.

Four more TD passes for Spencer Sanders, who already has 10 on the season.

The Trojans continue to cook, with a road test at unbeaten Oregon State (3-0) looming next week.

The Golden Gophers have allowed a combined 17 points to their three non-conference opponents this season. The Gophers rank No. 1 in total offense among FBS teams.

Minnesota tailback Mo Ibrahim has rushed for at least 100 yards in each of his last 12 games. He went for 202 on 23 rushes with three TDs on Saturday.

The Bears made Bobby Petrino’s return to Fayetteville interesting, but the Razorbacks rode the combination of KJ Jefferson (405 total yards) and Raheim Sanders (167 rushing yards) to a 597-yards showing and win No. 3.

Tennessee quarterback Hendon Hooker was an efficient 14 of 18 for 298 pass yards with two TDs ahead of a daunting SEC schedule that begins with Florida next weekend.

Penn State hadn’t seen a 100-yard rusher since November 2020 until Nick Singleton went over the century mark last week. Against Auburn, he did it again with 124 rushes on just 10 rushes with two TDs to cap off back-to-back wins for Penn State against Auburn.

Certainly felt like the case in Eugene against a top-25 BYU.

RJ Young discusses Oregon’s big victory over BYU Cougars. Can the Ducks run the table and make a CFP case?

Jaren Hall played remarkably well in the loss. He hit 29 of 41 passes for 305 yards with two TDs in the game.

Running back Richard Reese enjoyed a breakout game. He rushed 19 times for 156 yards with three TDs against the Bobcats.

The Utes’ defense didn’t allow any points until four minutes left in the game.

Ole Miss running back Zach Evans, a former five-star recruit, is playing like he’s going to give Alabama running back Jahmyr Gibbs a run for SEC Newcomer of the Year. Evans put up 134 rushing yards on 18 rushes and contributed two TDs.

For the first time this season, the Wolfpack looked like the team I thought they could be, with a decisive win against a quality opponent.

The Aggies overcame a startlingly poor offensive performance to regroup with a quality win against a top-25 Miami team.

Bijan Robinson went for 183 yards and three TDs on only 20 carries.

Behind Roman Hemby’s second 100-yard rushing game of the season, the Terrapins pulled out a win to set up a Big Ten showdown with Michigan on Saturday.

Despite allowing 286 rush yards and 21 points in the second quarter, the Gators avoided a terrible loss and overcame a terrible offensive game — Anthony Richardson was just 10-for-18 for 112 through the air with TDs — to squeeze out a win against in-state rival South Florida.

Michael Penix Jr. threw for 397 yards and four TDs in his best outing against a ranked opponent since racking up 491 yards, five TDs and just one INT against No. 3 Ohio State in 2020.

The Spartans’ secondary got exposed by two men in Kalen DeBoer and Penix Jr., who’d seen them up close as a tandem at Indiana. Mel Tucker, a secondary coach and defensive coordinator by trade, will take a hard look at this loss.

in this topic
RJ Young
The Number One College Football Show 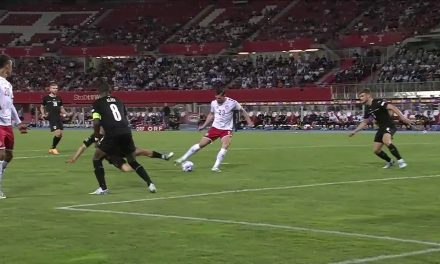 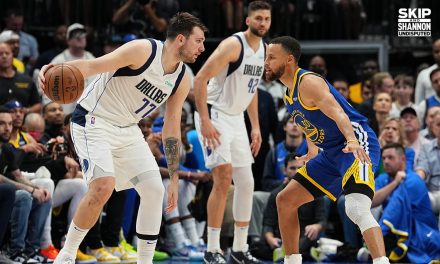 Luka Dončić near triple-double vaults Mavs to a Gm 4 win vs. Curry, Warriors I UNDISPUTED, 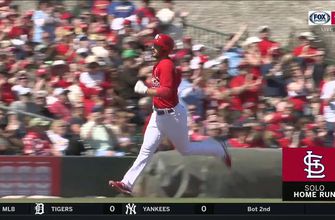 WATCH: DeJong clears the wall in Cards’ win over Nats,