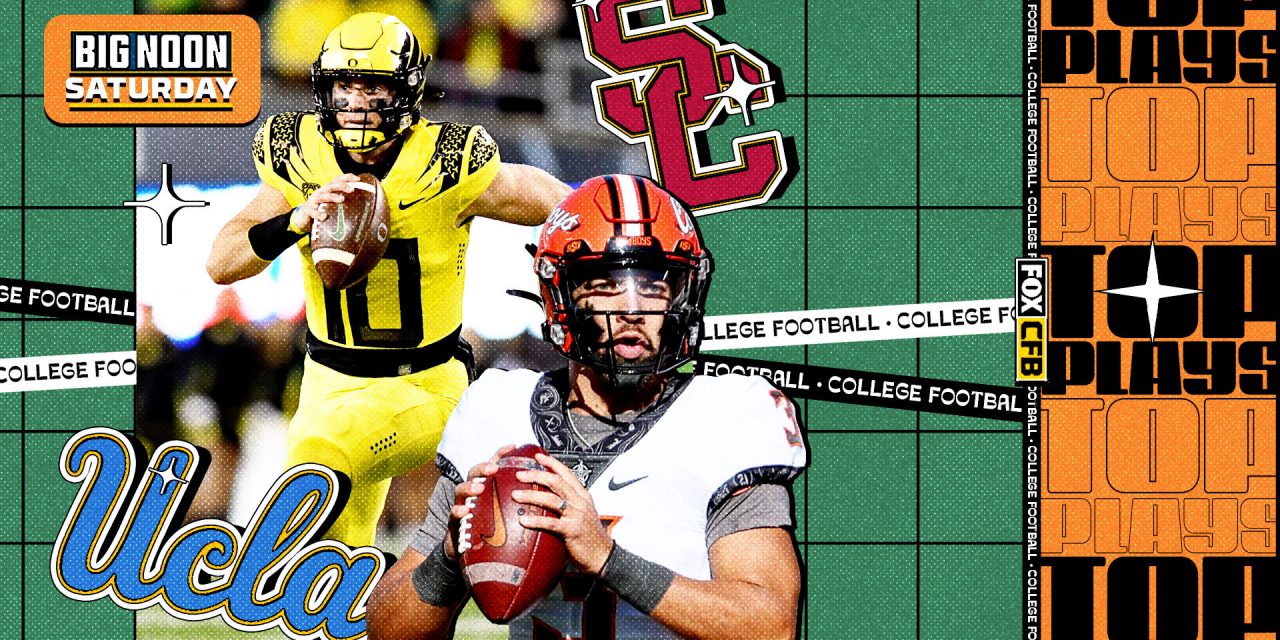 , Week 12 of the college football season continues Saturday with Utah-Oregon and more in action. Here are the top plays!,

Week 12 of the college football season has featured several exciting matchups, and there’s still more where that came from as things wind down Saturday evening.

Currently, No. 10 Utah is attempting to beat No. 12 Oregon for the third time in the last two seasons in a rematch of last year’s Pac-12 Championship Game.

Earlier, Oklahoma got revenge against No. 22 Oklahoma State in the Bedlam Series after losing to its arch-rival last season, and No. 7 USC outlasted crosstown rival No. 16 UCLA at the Rose Bowl.

Elsewhere, No. 4 TCU kicked a game-winning field goal against Baylor as time expired to stay unbeaten. In the Big Ten, No. 3 Michigan also rallied to beat Illinois in the final seconds and No. 2 Ohio State narrowly came away with a win over Maryland. No. 9 Clemson throttled Miami and Texas dismantled Kansas on the road.

Oregon was first on the board when Mar’Keise Irving capped off a 10-play, 79-yard drive with a 10-yard touchdown run to open the game.

UCLA QB Dorian Thompson-Robinson took it in for the Bruins himself, giving the home team the early lead.

Then, he showed off his arm strength for UCLA’s second first-quarter touchdown, a 30-yard bomb.

UCLA’s Dorian Thompson-Robinson finds Michael Ezeike for a 30-yard touchdown to take a 14-0 lead over USC.

USC gained some momentum in the second quarter, pulling within three points to keep the Bruins close.

USC QB Caleb Williams found a rhythm ahead of the break with one big throw after another. That helped set up another Trojans touchdown to keep the Bruins within arm’s reach as halftime approached.

USC took its first lead of the game in the third quarter when Williams found Jordan Addison for a 35-yard TD.

There were six more touchdowns exchanged between both teams, as this one came down to the wire. In the end, the Trojans sealed the deal with a late-minute interception as UCLA charged downfield.

Drake Stoops burned the man covering him and made a diving grab at the 1-yard line to set up Oklahoma for the game’s first score.

Man of the hour

Sooners QB Dillon Gabriel tossed two more touchdowns in the first quarter to put Oklahoma up 28-0, and Oklahoma State was never able to find its footing.

Then, the Longhorns’ star running back notched his second touchdown of the game, running untouched into the end zone to make it 14-0.

Texas RB Bijan Robinson runs in a 2-yard score to take the lead over Kansas.

Quinn Ewers connects with Keilan Robinson for a 15-yard TD

Bijan Robinson completed the hat trick by running in for a 1-yard score as time expired in the first half.

Then, he Longhorns’ standout broke a pair of tackles, stutter-stepped and turned on the jets for a 32-yard touchdown run, good for his fourth score of the game as Texas ran away with the win.

Bijan Robinson breaks free for his fourth TD of the game

Bijan Robinson cuts inside and breaks free for a 32-yard touchdown untouched for his fourth of the game, as the Longhorns extend their lead 38-0 over Kansas.

Ohio State’s star receiver Marvin Harrison Jr. made the tough catch along the sideline while getting interfered with for a 30-yard gain, which helped the Buckeyes take a 7-0 lead on the opening drive.

After struggling to move the ball following its opening drive in the first half, Ohio State got things rolling in the second half by blocking a punt in Maryland territory. It was Lathan Ransom‘s second straight game with a punt block. Two plays later, Ohio State scored to go up 17-13.

With multiple injuries at running back, Ohio State turned to Dallan Hayden, who scored his second touchdown to extend the lead to 27-13.

Maryland’s QB kept the ball himself and ran it in for the TD. The deficit was cut to 27-21 following a successful two-point conversion.

Three for the backup RB

Hayden added a third touchdown right after Maryland’s score that briefly put the Buckeyes up by 12. The Terps, however, blocked the PAT and ran it all the way back for two points to make it a 10-point game.

Shades of his brother

Tagovailoa razzled and dazzled on fourth-and-goal, scrambling all the way to the sideline before throwing a touchdown to cut Ohio State’s lead to 33-30, but it wasn’t enough to spark a comeback.

Clemson had its way with Miami, as Luke Price got wide open on the play-action pass at the goal line to make it 24-0 en route to an easy win at home.

Qualan Jones capped off Baylor’s opening drive by punching the ball into the end zone on a 10-yard scamper.

Qualan Jones couldn’t be stopped as his 10-yard rushing score early in the first quarter gave Baylor a 7-0 lead over TCU.

TCU QB Max Duggan has made a name for himself all season for the plays he’s made with his arm. However, it was his legs that got the Horned Frogs on the board to even up the game late in the first quarter.

Max Duggan ran it in himself to tie the game for TCU against Baylor.

Things didn’t stay tied for long, however, as Kelsey Johnson took the reverse and ran up field for a 2-yard touchdown to give Baylor the lead back.

Baylor tried to get a touchdown in right before halftime. But TCU defensive back Bud Clark had other plans, picking off a pass in the end zone to keep the game tied going into halftime.

Then, Baylor got an interception of its own after TCU’s star QB tried to go for the home run ball to break a 14-14 tie. Instead, the Bears ended up with the ball.

Max Duggan found Gunnar Henderson for a 26-yard score for the lead.

Bears back on top

Then, Baylor RB Richard Reese pounded one into the end zone on for a 1-yard touchdown to extend Baylor’s lead, 28-20.

Emari Demercado ran into the end zone with ease for the 3-yard score to cut Baylor’s lead to 28-26 with just over two minutes remaining, but TCU wasn’t able to tie the game due to a failed 2-point conversion.

Michigan running back and Heisman hopeful Blake Corum juked multiple defenders on the game’s opening play for a 35-yard gain before scoring later in the drive to put the Wolverines up 7-0.

As Michigan aimed to score its second touchdown of the game, Corum fumbled, grabbing at his left knee and remaining on the turf for a few moments afterward before walking off the field under his own power.

Corum was cleared to return after undergoing tests on his left knee during halftime. He reentered the game on Michigan’s second play from scrimmage in the second half and carried the ball for a 5-yard gain.

That was Corum’s only touch in the second half, however, leaving his status for next week’s meeting with Ohio State (Saturday, 12 p.m. ET, FOX) in question.

Illinois finally got into the end zone midway through the third quarter when Chase Brown broke through the pile for an 8-yard score to make it a 10-10 game. Then, Brown burst open for a 37-yard touchdown run that put Illinois up 17-10 and gave Michigan its first fourth-quarter deficit of the season.

Jake Moody nailed a 35-yard field goal to complete the comeback for Michigan.

BEST OF THE REST:

In shades of his college coach, Travis Hunter was scoring touchdowns on both sides of the ball for Jackson State. The freshman had a pick-six before making an impressive touchdown catch. 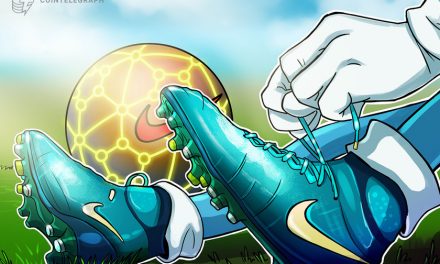 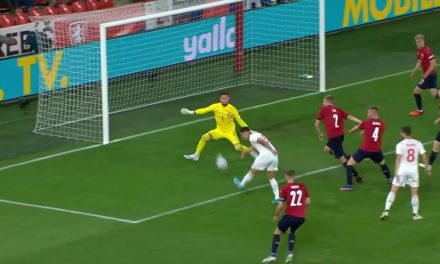 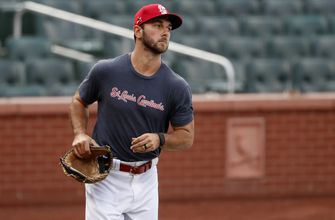 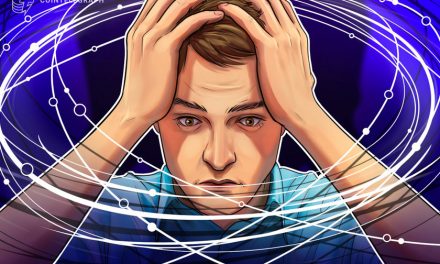