JEFFERSON CITY, Mo. — After Senate majority leadership said floor debate on redistricting would be tabled for the time being, members of the Conservative Caucus hosted a gathering at the Capitol Tuesday in favor of a 7-1 map.

The “Consent of the Governed” rally was organized to support a map that would have seven of the eight congressional districts drawn to support Republicans. A House-approved map up for consideration in the upper chamber is said to only have six Republican-leaning seats.

“My bosses [constituents] are telling me to pass a 7-1 map, and I get it and that’s what I’m planning to vote for,” Moon said.

“Fifty-one hours later, they don’t think we’re going to sit down and shut up,” Onder said.

Having an additional vote for pro-life issues was the key priority of many of the attendees.

“I think Onder and Eigel and [Sen. Rick] Brattin and Moon have been consistently doing the right thing,” Bev Ehlen, a pro-life organizer, told the Missouri Times.

Speakers also justified the 7-1 map due to maps drawn in Democratic states that have eliminated Republican-leaning districts.

Reps. John Simmons and Sara Walsh joined the event to speak after the senators concluded their remarks.

Initially, a trucker convoy for the rally was planned at the Capitol. According to the Conservative Caucus, the convoy was informed they could be fined or arrested since they did not have a parade permit.

A spokesperson for the Jefferson City Police department was not immediately available for comment. However, ABC 17’s Lucas Geisler reported a police spokesperson said the group was informed about the need for a parade permit but was not stopped from leaving the parking lot where they had gathered in North Jefferson City.

In a harsh rebuke Saturday evening, Senate leadership castigated Conservative Caucus members who have held the floor in a marathon debate this week.

“Over the last several weeks, we have watched as business critical to Missouri citizens has been delayed by a small group of senators willing to send our congressional map to federal courts if they do not get districts that suit their ambition,” a statement put out by Majority Floor Leader Caleb Rowden said. “These senators are also standing in the way of critical policies Missourians are asking for — election reform, banning critical race theory, providing more choice for Missouri parents, and the list goes on.”

The Senate convened for rare sessions on Friday and Saturday, as Republican leaders and activists gathered in St. Charles for the statewide Lincoln Days event, but the filibuster continued.

The Senate leadership statement said: “For the time being, we will step away from this debate on the Senate floor.”

Kaitlyn Schallhorn contributed to this report.

Groundbreaking ceremony set for the new I-35 and 19th St. interchange in Kearney 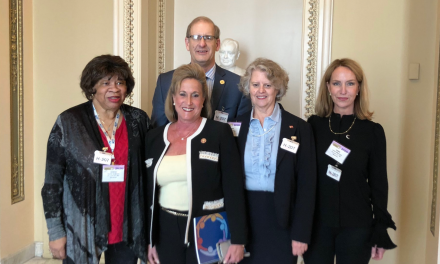