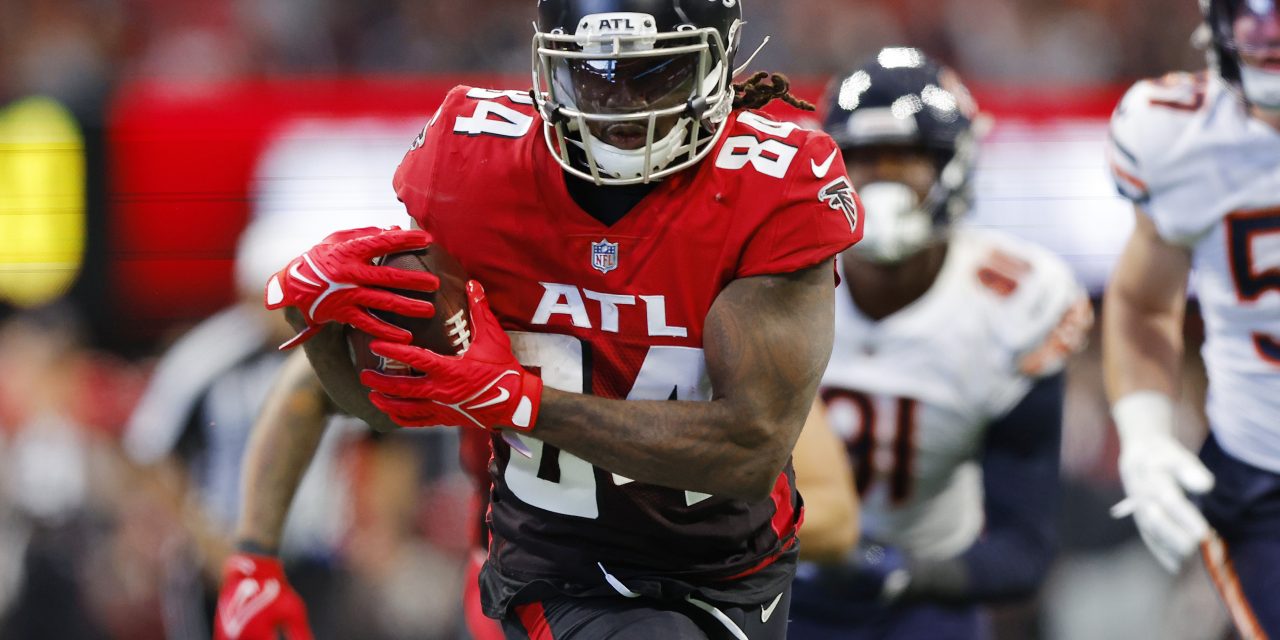 , “I had to make a spark for my team,” said the Falcons’ Cordarrelle Patterson, who scored on his ninth career kickoff return, a new NFL record.,

ATLANTA — After losing a fumble that led to a Bears touchdown and a 10-point deficit for his Falcons, it almost didn’t matter how deep the ensuing kickoff was. A very motivated Cordarrelle Patterson was bringing it out of the end zone.

“The fumble, the series before, that was in my head the whole time,” he said. “I was a little angry … As a football player, you have to move on to the next play. I was happy when he kicked me the ball. I had to make a spark for my team. That’s what I went out there to do.”

Patterson took the kickoff up the middle, weaving through the Bears and finding the end zone for a 103-yard touchdown, the ninth of his career, giving him sole possession of the NFL’s all-time career record. His score started a run of 17 straight points for the Falcons, and his clutch running also helped set up the go-ahead field goal with 1:47 left in Atlanta’s 27-24 win over Chicago.

“I’m just thankful for the opportunity to be in the record book,” the 31-year-old said. “I’m not finished yet. I’ve got a lot of football left in me.”

The Falcons (5-6) had lost two straight, and the win keeps them right behind the first-place Bucs atop the NFC South standings, and in the hunt for wild-card contention as well. The Bears (3-7) dropped their fourth straight, spoiling another solid dual-threat game by quarterback Justin Fields.

Sunday’s kickoff-return touchdown was Patterson’s first in two seasons with the Falcons — he had five early in his career with the Vikings, then two with the Bears and one with the Patriots. He had a share of the NFL record, along with Josh Cribbs and Leon Washington, but this score gave him the record for himself.

“I’m really happy for CP,” Falcons coach Arthur Smith said after the win. “Pretty cool when a guy breaks an NFL record. We obviously needed that play, and it was a great team win.”

Patterson nearly got tripped up inside the 5-yard line, as Bears defensive back Elijah Hicks made up ground and took a diving swipe at his legs, causing Patterson to stumble but keep his feet into the end zone for the record score.

“I was telling guys on the sideline: ‘Who is this guy?'” Patterson joked. “I saw he was like 10 yards back and he caught up on me. I was like ‘This little freak is fast, man.’ I’m glad he didn’t get me, but he did a good job trying to get me.”

Patterson, working his way back after missing four games with a knee injury, has shared the workload as a running back, splitting carries with rookie Tyler Allgeier and backup Caleb Huntley. He had only five carries the entire game before a pivotal drive in the fourth quarter, after the Bears had gone 75 yards in eight-plus minutes to tie the game 24-24 with 8:16 left.

The Atlanta Falcons defeat the Chicago Bears 27-24 with the help of Cordarrelle Patterson’s ninth (all-time record) kickoff return for a touchdown.

The Falcons leaned on their ground game, and Patterson carried the ball five times in a span of six plays. His first two got the Falcons from their 37 to the Bears’ 47, and the last came with the game on the line. Facing a fourth-and-2 at the Bears’ 44, the Falcons went for it, and Patterson broke through for a six-yard gain and a first down, setting up Younghoe Koo’s 53-yard field goal for the lead.

Chicago would have one more drive to answer, but the Falcons sealed the win when safety Jalynn Hawkins intercepted a deflected pass from Fields. He had a chance to become the first NFL quarterback to rush for 100 yards in three straight games, but the Falcons defense held him in check just enough to win, limiting him to 85 yards on 18 carries.

Both teams rushed for more yards than they passed for, with Chicago rushing for 160 and Atlanta finishing with 149.

“It was a heavyweight fight with two teams that are physical,” Smith said. “Thankfully, we were able to grind them out. We’ve got a physical team, and that’s what we think is our edge. We thought whoever was the most physical football game today would win, and thankfully, that was us.”

Patterson, valued as a core part of the Falcons’ offense, had attempted only four kickoff returns all season, but he had three Sunday, eager to break one against one of his old teams. He said he probably won’t fully appreciate the history of his accomplishment until he’s enjoying a moment with his family after the game, saying he almost got emotional on the field, but his teammates kept mobbing him to where he couldn’t. 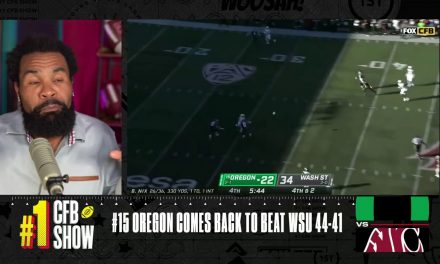 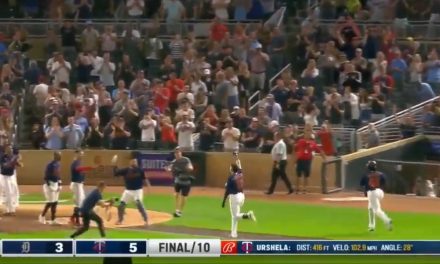 Twins’ Gio Urshela crushes a walk-off, two-run home run to give the Twins a comeback win over the Tigers,

Are Josh Allen, Bills set to dominate the AFC? | SPEAK FOR YOURSELF, 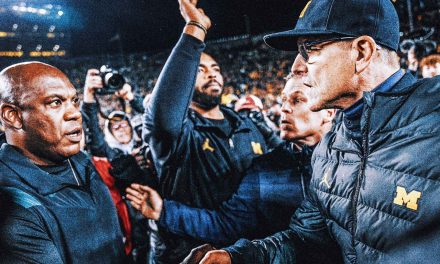