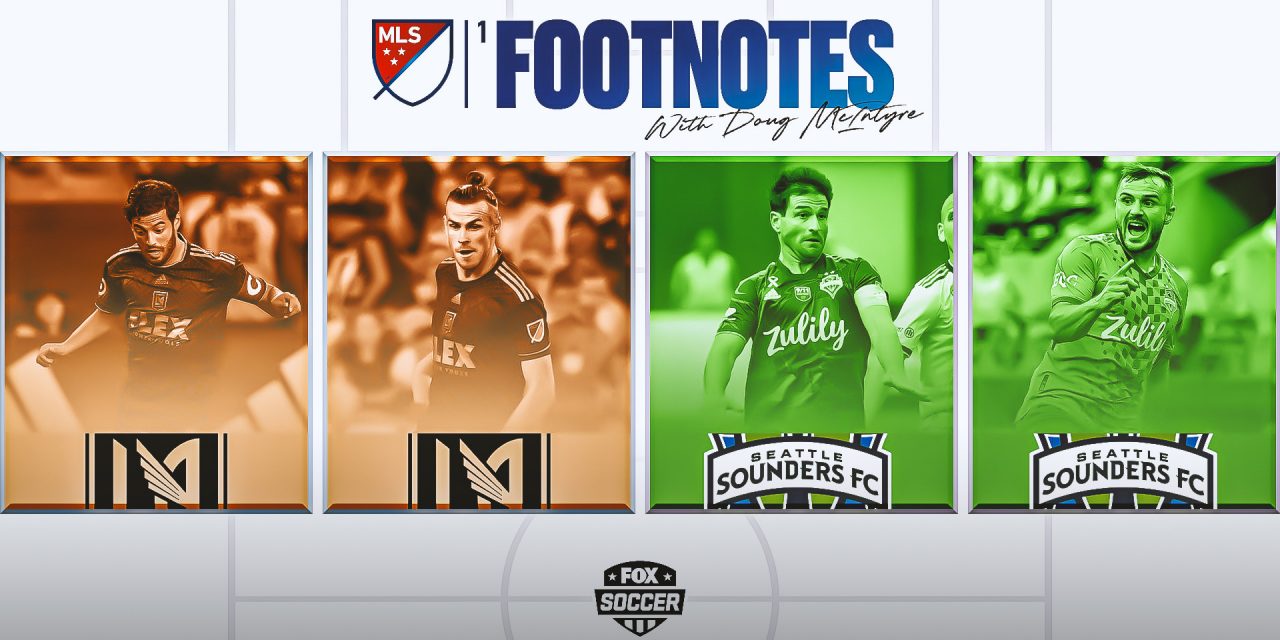 , Doug McIntyre reports on the biggest match on the domestic schedule this week, a Friday night battle between LAFC and Seattle.,

Editor’s Note: MLS Footnotes takes you inside the major talking points around the league and across American soccer.

With all due respect to the rest of the teams in Major League Soccer‘s Western Conference, two squads have proven themselves to be head and shoulders above the rest in recent years.

Those two, of course, are LAFC and the Seattle Sounders. The former has led the race for the Supporters’ Shield since the 2022 season kicked off in February. In May, the latter became the first MLS club to win the CONCACAF Champions League.

The Seattle Sounders beat Pumas 5-2 on aggregate, with help from Raúl Ruidíaz’s two goals in the 45th and 80th minutes. Nicolás Lodeiro chipped in with a late goal in the 88th minute.

When they meet Friday (11 p.m. ET, FS1/FOX Deportes/FOX Sports app) in Southern California in the biggest match on the domestic schedule this week, the hope is that it’s a preview of an MLS Cup playoff semifinal.

It’s on the Sounders to make that happen. Seattle still hasn’t fully recovered from their run to regional glory earlier this year. They have terribly missed Brazilian midfielder João Paulo, a Best XI player in 2021 who suffered a season-ending injury in that Champions League final win over Pumas.

Currently sitting two spots outside a postseason berth, with 13 games to play, the Sounders had lost three straight and four of five before last week’s 2-1, 10-man, come-from-behind victory over the Colorado Rapids. What the Sounders really need is to string together a few wins.

It won’t be easy on the road against LAFC, the league’s best. The sides played to 1-1 tie in Seattle last month.

“They’re at the top of the West, so it’s a good challenge for us,” Sounders midfielder Albert Rusnak told reporters this week. “We need the points.”

The Rave Green could again be without star striker Raúl Ruidíaz, who has been beset by injury for much of the year. Ruidíaz (hamstring) had not returned to full training as of Wednesday per Sounders coach Brian Schmetzer, who admitted that Friday’s contest probably comes a little too soon for his veteran Peruvian forward. They’ll definitely be without midfielder Kelyn Rowe, who is suspended following his red card against Colorado.

Fortunately for Schmetzer, midfield maestro Nicolás Lodeiro and U.S. National Team winger Jordan Morris are flying. Both were named to the MLS team of the week after scoring on the Rapids. Morris, desperate to make the USMNT’s roster for the 2022 World Cup, notched the equalizer with a beautiful chip:

Whatever the lineups, the players on both sides understand the magnitude of this match despite the chasm currently separating them in the standings. While LAFC is leading the pack right now, they’ve still never reached an MLS Cup. In addition to their CONCACAF crown, the Sounders have made two trips to the final since LAFC’s birth as an expansion team in 2018, winning once. Framed that way, it’s not as easy to discern which club is chasing the other.

“Seattle is a big team in this league,” LAFC star Carlos Vela said. “If you want to win the championship, you have to beat the best.”

Time will tell if the Sacramento Republic ever ascend to MLS, but the second-tier USL Championship club is now just one win away from a berth in the 2023 CONCACAF Champions League.

Sacramento, which was supposed to begin play in MLS this year before the deal fell through, advanced Wednesday to the final of the 2022 Lamar Hunt U.S. Open Cup. It’s just the third time a lower-division team has reached the title game since MLS kicked off in 1996.

The Republic beat Sporting Kansas City in a penalty shootout to reach the finale, which will be hosted by Orlando City on Sept. 7. Orlando topped the New York Red Bulls 5-1 in Wednesday’s other semifinal.

“We aren’t done,” coach Mark Briggs said of his team, which boasts nine former MLSers. “We said in the last round we’re not in this competition just to make up the numbers; we’re in this competition because we want to win it. Now we’ve put ourselves in a position to.”

After just four starts and one goal for the New England Revolution, USMNT veteran Jozy Altidore is headed to Mexican side Puebla. Revs coach Bruce Arena confirmed Thursday that Altidore, who spent 2015-21 with Toronto FC, will be loaned to Liga MX‘s fifth-place team until January, and that “Jozy initiated that loan.”

Puebla has proven to be a soft landing spot for estranged national teamers in the past. DaMarcus Beasley worked his way back into the U.S. fold there after leaving Europe in 2011. A year earlier, Herculez Gomez‘s 10 goals in 15 games for Puebla landed him a spot on the 2010 U.S. World Cup roster. (Gomez had scored just once in 34 MLS games for Kansas City the previous season.)

Could history repeat itself this year?

I’ve reported in recent weeks the possibility that MLS players who didn’t appear for the USMNT during World Cup qualifying, like Cincinnati‘s Brandon Vazquez and Portland‘s Eryk Williamson, could crack Gregg Berhalter’s roster for the final two pre-tourney tuneups against Japan and Saudi Arabia in September.

Add New York Red Bulls left back John Tolkin to the list. Depending on how MLS alums George Bello and Sam Vines fare with their European clubs early in the 2022-23 season, the 19-year-old Tolkin could get a look as starter Antonee “Jedi” Robinson‘s understudy.

Atlanta United will leave no stone unturned when it comes to finding a replacement for chief executive Darren Eales, who leaves for Premier League Newcastle United next week.

“At some point that call was going to come to Darren given his competence, his stature inside the global game of soccer,” Steve Cannon, CEO of AMB Sports and Entertainment — owner of United, the NFL’s Atlanta Falcons and Mercedes-Benz Stadium — said on a conference call with reporters on Thursday.

The hope is to name the club’s next CEO by the end of the year following what Cannon called a “thorough, global search.” Cannon added later that the eventual hiring won’t change VP and sporting director Carlos Bocanegra’s role.

“We’re going to depend on Carlos to keep the continuity,” he said. “We’re not going to reinvent who we are.”

“We don’t have the search firm identified yet, but I’m pretty sure in that process we’ll probably see Mr. Lagerwey,” Cannon said. “It’s great that our fans are already sounding off. The day the supporters get quiet is the day I start to worry.”

One of the most prominent soccer journalists in North America, Doug McIntyre has covered United States men’s and women’s national teams in more than a dozen countries, including multiple FIFA World Cups. Before joining FOX Sports, the New York City native was a staff writer for Yahoo Sports and ESPN.

Get more from MLS Follow your favorites to get information about games, news and more. 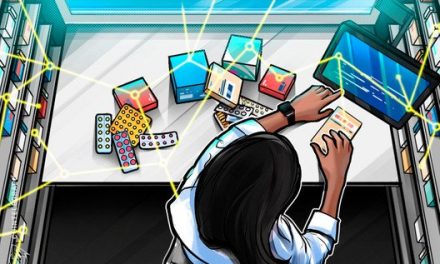 China Tracks Victims of Coronavirus with WeChat and Alipay 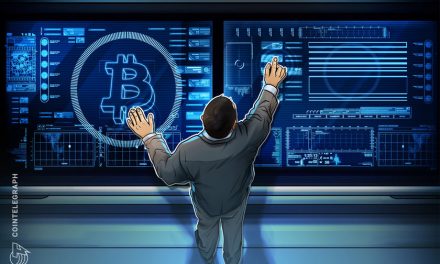 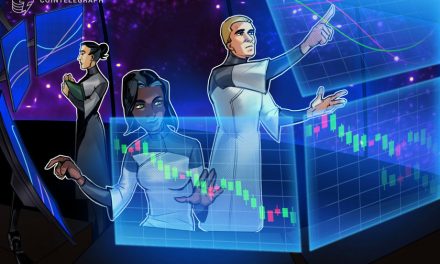