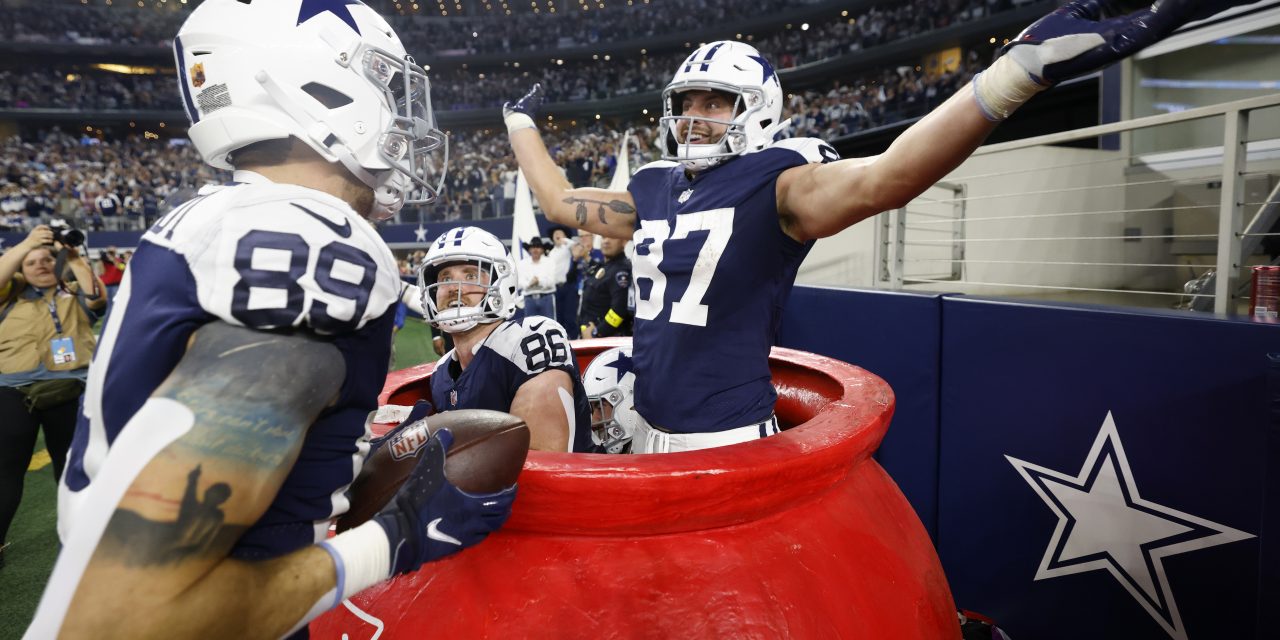 , The Dallas Cowboys struggled in the first half against the New York Giants, but a sharp second half showed what they’re capable of.,

Much like your favorite uncle after a post-turkey nap, the Dallas Cowboys woke up after halftime.

Maybe it was the short turnaround for a Thursday game, maybe it was the illness that passed through their roster in the last few days. For that matter, maybe the Cowboys themselves had a Thanksgiving feast before kickoff. But during a sluggish first half against the New York Giants, this hardly looked like the team that just savaged Minnesota four days prior.

All’s well that ends well. With a flurry of second-half energy, the Cowboys roared to life in time to outscore the Giants, 21-0, down the stretch in a 28-20 win. It came in a game where they committed a disgusting 13 penalties and lost the turnover battle by a healthy 0-2 margin.

“We’ve got to, first off, stop with the penalties. We’ve got to be more disciplined,” said Dak Prescott. “Stop hurting ourselves on drives and self-inflicted wounds – whether it be me turning the ball over, being too aggressive or not on the same page as receivers, false starts. We’ve got to clean all of that stuff up.”

We have a recent example of what that can look like. The Cowboys checked virtually every box in Sunday’s game against the Vikings, and the result was a 40-3 drubbing that might’ve been worse than that lopsided score looks.

The problem is that inconsistency has reared its head before. These types of mistakes have come against the likes of the Giants, Lions and Bears, and the Cowboys have found ways to overcome them. When they’ve happened against better teams, like the Buccaneers — or even middling teams, like the Packers —Dallas has lost games. Prescott is at the center of that, both tonight and in general. The seventh-year veteran was magnificent after halftime, guiding his offense to touchdowns on three straight possessions to open the half and helping the Cowboys convert 5-of-6 third downs in the second stanza. The first half, of course, was the opposite. With two interceptions, both on miscommunications, he bumped his pick tally on the season to six in six starts. Confident as ever, Prescott maintained that his own belief outweighs any opinions coming from the outside.

“I know what this team is capable of, especially with this defense that we have,” he said. “So we’ve just got to continue to do keep our heads down, take it one day at a time, one game at a time. As I’ve said, we control everything that’s in front of us.”

To be clear, the Cowboys owe apologies to no one. Thursday games have a habit of being tricky, and this was that famous stretch of their schedule when they play three games in 11 days. They lost the first of those in heartbreaking fashion, so finishing the stretch at 2-1 and improving their record to 8-3 overall just before a long weekend off is nothing to hang their heads about. “The disappointment of not winning definitely is gut-wrenching, but you do know that in one week’s time — in seven days or in 11 days — things can flip pretty quickly,” said Cowboys head coach Mike McCarthy.

To Prescott’s point, the defensive dominance feels like a given at this point. The Giants are now the eighth of 11 opponents to fail to score more than 20 points against Dallas. One of their scoring drives covered just one yard, when a turnover on downs gifted them possession at the Dallas 40. Another came inside the final minute, with the Cowboys sitting on a 28-13 lead and willing to trade yards for time.

It’s not to say Thursday was a perfect defensive performance. But if the Cowboys can hold their opposition to 300 yards and 20 points while sacking the quarterback three more times — upping their NFL-best number to 45 — they’re going to keep themselves in most games they play. That only serves to emphasize the point, though. Details matter — if not against overmatched opposition, then certainly in the playoffs, as this team discovered just last year. So while there’s certainly no shame in a sluggish Thanksgiving, it’s not exactly something the Cowboys can wait until after the holidays to address.

David Helman covers the Dallas Cowboys for FOX Sports. He previously spent nine seasons covering the Cowboys for the team’s official website. In 2018, he won a regional Emmy for his role in producing “Dak Prescott: A Family Reunion” about the quarterback’s time at Mississippi State. Follow him on Twitter @davidhelman. 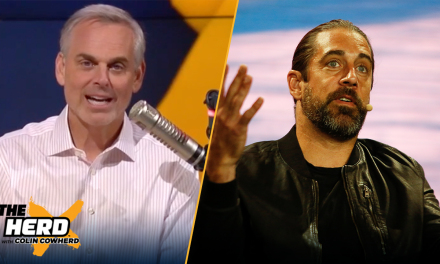 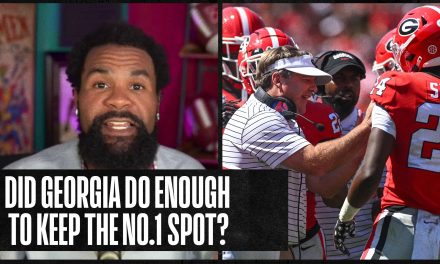 Did Georgia show weakness against Kent State? No. One College Football Show 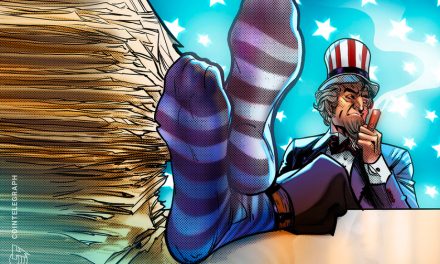 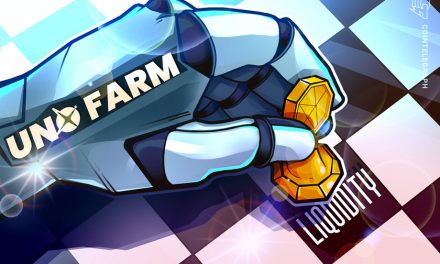 Automation opens up pathway to a simplified, more user-friendly DeFi