Dave Schatz: A timeline of his career, 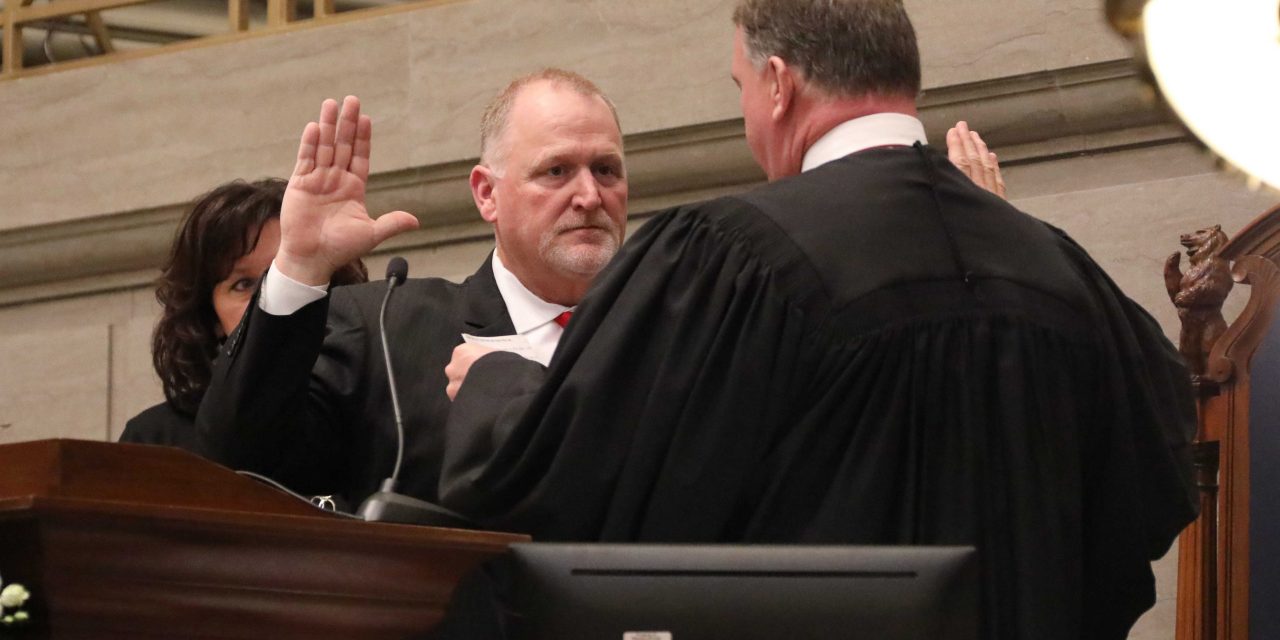 Senate President Pro Tem Dave Schatz joined the race U.S. Senate Tuesday, touting his accomplishments in the Missouri Legislature and promising to take his drive to Capitol Hill if he were to win.

“I’ve got a track record of results,” Schatz said in his announcement ad. “Balanced a budget? I’ve done that. Grow the economy? Check. Pro-life? 100 percent. Protect the 2nd Amendment? Always.”

From his career as a businessman to his ascension to Senate leadership, here’s a look at Schatz’s career so far.

Schatz was first elected to represent SD 26 in 2014 and secured his second term in 2018, winning re-election with more than 60 percent of the vote. He chairs the Administration and Gubernatorial Appointments committees and is vice-chairman of the Rules, Joint Rules, Resolutions, and Ethics Committee. He also serves on the Joint Committee on Capitol Security.

During his tenure in the upper chamber, Schatz has partially focused his legislation on Missouri’s infrastructure: His 2019 bill establishing a bond program to fund maintenance of Missouri’s roads and bridges was signed into law by Gov. Mike Parson.

This year, Schatz championed legislation increasing Missouri’s gas tax by 2.5 cents annually — bumping it up to 29.5 cents from 17 cents by 2025 to further bolster the state’s infrastructure.

Schatz began his tenure as president pro tem in 2019 after winning his bid for a second term in the upper chamber. He was re-elected to the leadership position by his peers following last year’s elections and moderated the 2021 inaugural ceremony in January.

He was also named The Missouri Times’ 2020 Statesman of the Year.

Schatz previously told The Missouri Times he became interested in running for office following the 2008 elections and saw his opportunity when his predecessor in the House termed out in 2010. Schatz served two terms in the lower chamber before running for the Senate.

He chaired the Transportation Committee during his tenure in the House, a subject he still prioritizes in the upper chamber.

After graduating from Sullivan High School in 1982, Schatz made a name for himself in his hometown as a businessman, becoming vice-president of family-owned utility company Schatz Underground, Inc. and operating several small businesses in the area.

He has also been active in his community, having formerly served as a youth sports coach and as a member of the Spring Bluff School District Board. Schatz is also an active member of the Temple Baptist Church.

The post Dave Schatz: A timeline of his career appeared first on The Missouri Times.