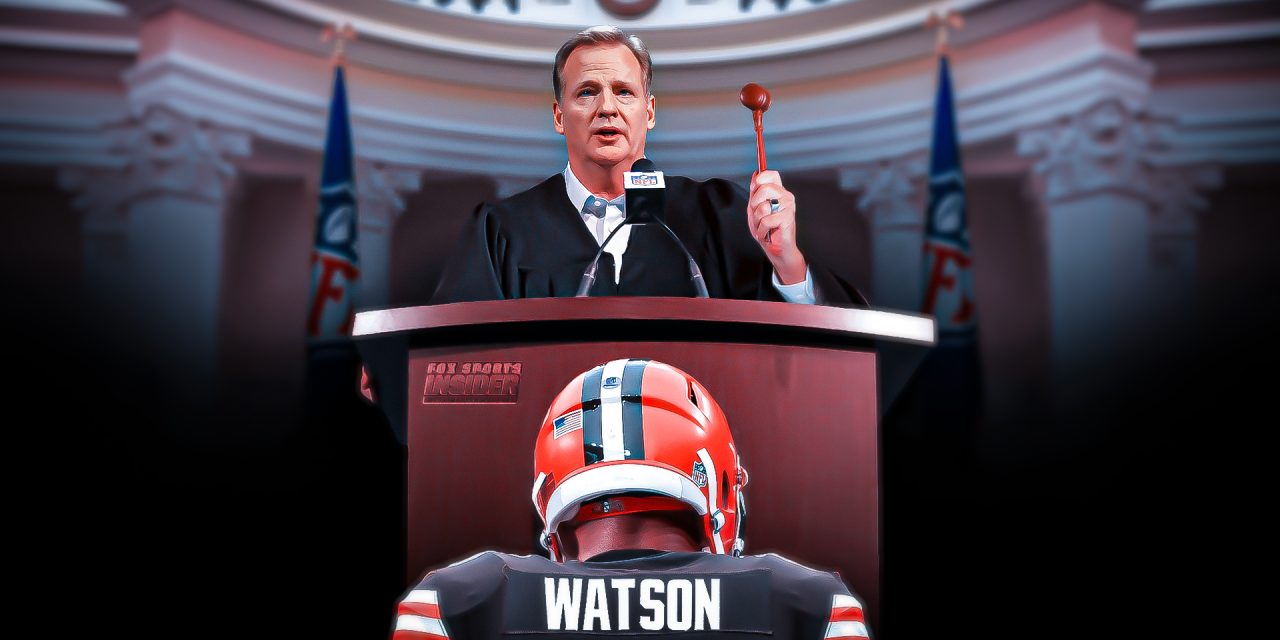 But as football tries to make sense of what comes next after the ruling by disciplinary officer Sue L. Robinson relating to numerous allegations of sexual misconduct involving two dozen women, nothing is more striking than this: Commissioner Roger Goodell faces arguably the trickiest, most nuanced and controversial decision of his tenure.

Goodell is in an unenviable spot that will earn him criticism whatever he does. Such is the nature of such things, and that’s why he makes the big bucks, but it is a rocky road nonetheless.

The NFL didn’t get what it wanted from Robinson’s ruling and punishment, which did not impose a financial sanction. She described Watson’s actions as “egregious,” termed his behavior as “non-violent sexual conduct,” mandated him not to receive massages from anyone except team-approved personnel and imposed other behavioral expectations.

During a three-day hearing before Robinson in June, the league pushed for a full-season suspension that would have seen Watson sit out more than 2.5 years by its conclusion.

In recent days, according to multiple reports, further settlement discussions were not resolved because the NFL Players Association would not agree to a ban longer than six games, and the league was steadfast in wanting a minimum of a 12-game ban, along with a hefty fine.

If the NFL appeals, and it has three days to do so, the final decision rests with Goodell. The league’s disciplinary process was set up during the most recent collective bargaining discussions. The NFLPA wanted to avoid situations where penalties could be meted out to players in cases of incomplete or inconclusive evidence.

For example, had Robinson found no wrongdoing on the part of Watson, who has settled 23 of the 24 civil cases against him, Goodell wouldn’t be able to implement any suspension.

But now, following Robinson’s judgment, Goodell must weigh his own options and analyze whether to wield his power.

If he were to increase Watson’s ban, it would send a powerful message about the NFL’s determination to take a heavy stance against sexual misconduct by its players.

But if he alters the terms of the punishment, it might undermine the process set in place by the CBA and undercut the decision by Robinson – a highly respected former federal judge with decades of legal experience.

“The NFL now must grapple with whether Roger Goodell is a more fair/accurate/appropriate arbiter of justice in the Deshaun Watson case than an impartially appointed federal judge who weighed the presented evidence for a month,” Yahoo Sports’ Charles Robinson wrote. “It’s a sizable question with a consequential answer.”

A sterner stance by Goodell also raises the possibility that the NFLPA, which strongly urged the NFL to accept Robinson’s ruling, could take legal action in federal court, a step that would extend the matter beyond the start of the new season, and possibly much further.

That risk has to be weighed against the potential P.R. backlash of standing pat. Within minutes of Robinson’s decision, social media was comparing Watson’s ban to the full-season suspension handed to Atlanta Falcons wide receiver Calvin Ridley for gambling on games.

“I would be truly shocked if the NFL simply accepts this and moves on,” FS1’s Nick Wright said, on “First Things First.” “I think it is going to be incredibly difficult for the NFL to not up this somewhat. Will they up it to the full season they asked for? Maybe not. But I think they are going to up it, yes.”

Watson’s reputation has taken a monumental hit. The entire situation has been a thoroughly unpleasant story, and the optics of a player under investigation for inappropriate actions toward women receiving the biggest contract in NFL history were far from ideal.

The Browns took their shot and got their man. From their standpoint, a six-game penalty is on the most favorable side of what could have been realistically expected, even with the NFLPA’s having argued for zero games.

Because Watson was not suspended for a full season, he was at the training facility Monday and can continue as part of Cleveland’s preseason plans. He will also be able to join the squad in Week 4 for practice ahead of a potential Week 7 return at the Baltimore Ravens on Oct. 23.

Until then, there is more to unfold. Monday’s news is not necessarily the final step. All that really happened was that the matter reached a crucial crossroads.

And Goodell is standing at that precise spot, knowing the next move is on him. 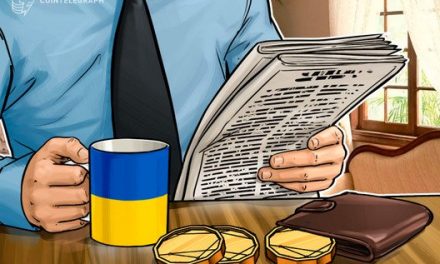 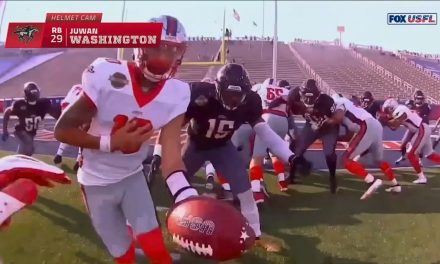 USFL first season recap: Everything you need to know and missed, 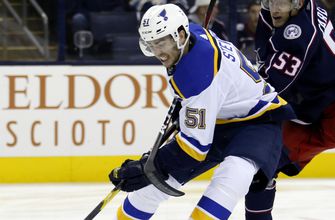 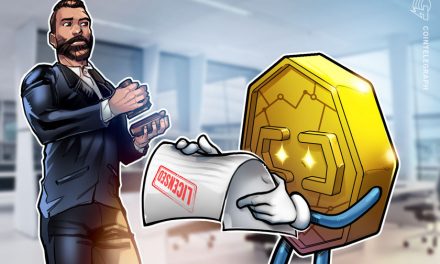