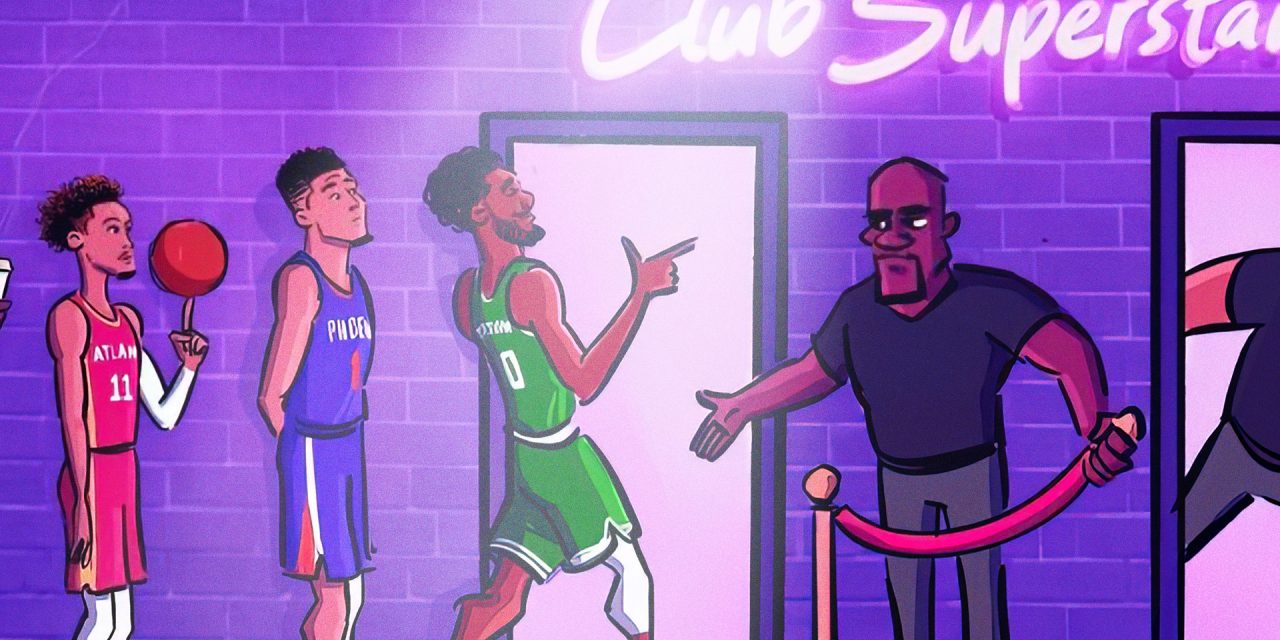 After leading early in the NBA Finals, the Boston Celtics ultimately faltered, allowing the championship to go to the Golden State Warriors in a 103-90 loss in Game 6 on Thursday.

Boston’s young star Jayson Tatum set an unfortunate record in the process, becoming the first player to notch 100 turnovers in a single postseason. Turnovers were a big reason for the Celtics’ inability to turn the tide against the Warriors, with Tatum notching five giveaways in Game 6 alone.

On Friday, the “First Things First” crew broke down what went wrong for Boston and what this might mean for legacies, including membership in Nick Wright‘s ‘Club Superstar.’

Kevin Wildes, for one, is out on Tatum belonging in the club after his disappointing performance Thursday. But Wright isn’t ready to remove the Celtics star from the membership list just yet.

Nick Wright decides if there’s still a place for Jayson Tatum among the superstars after the Boston Celtics’ heartbreaking loss in Game 6 of the NBA Finals.

“[Tatum] had a bad series in his first Finals. That happens. I’m not kicking Jayson Tatum out of ‘Club Superstar’ even though he was … really bad last night,” Wright said.

“Part of it is an attitude of taking the game over, [saying] ‘This is my time, this is my game.’ Tatum wasn’t even looking for a shot,” Wildes responded. “At one point, I was like, ‘Tatum’s point in the offense is to set up Al Horford and Marcus Smart. That’s not what a superstar does!'”

Tatum finished Game 6 with 13 points on 6-for-18 shooting, the third-most points among Boston’s five starters. Jaylen Brown led the Celtics with 34 points, followed by Horford with 19, while Smart put up nine points in 38 minutes.

As a whole, Tatum shot just 36.7% from the field in the Finals — including 45.5% from 3-point range and 65.6% from the free-throw line. He also led all players by a significant margin with 23 turnovers in the series — Stephen Curry and Draymond Green led the Warriors with 15 each.

On the positive side, the 24-year-old finished the playoffs as the leader in points (615) and assists (148). He led Boston to a sweep of Brooklyn in the first round, helped top then-reigning champion Milwaukee in the second round, and took out top-seeded Miami in the conference final.

Waiting in line for someone to leave — due to a strict one in, one out policy — are Devin Booker, Trae Young, Jimmy Butler and Anthony Edwards. Tatum was the most recent addition, making it in after the last player to get kicked out was Anthony Davis — the guy who hasn’t shot a basketball in more than two months.

LeBron should be ‘centerpiece’ of Lakers rebuild, Fizdale says 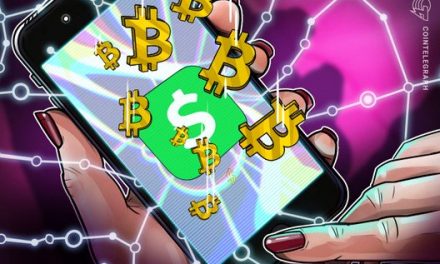 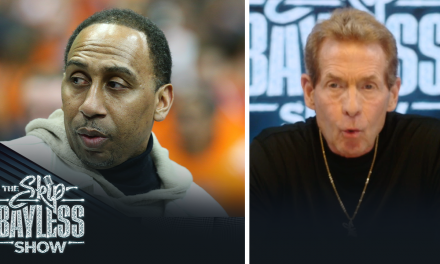 “Stephen A. has been a brother to me…I will always love the man.”, 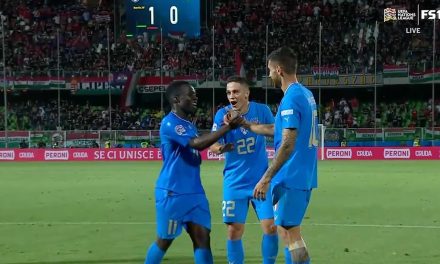 Lorenzo Pellegrini scores a beautiful goal on a pass from Matteo Politano to give Italy a 2-0 lead,