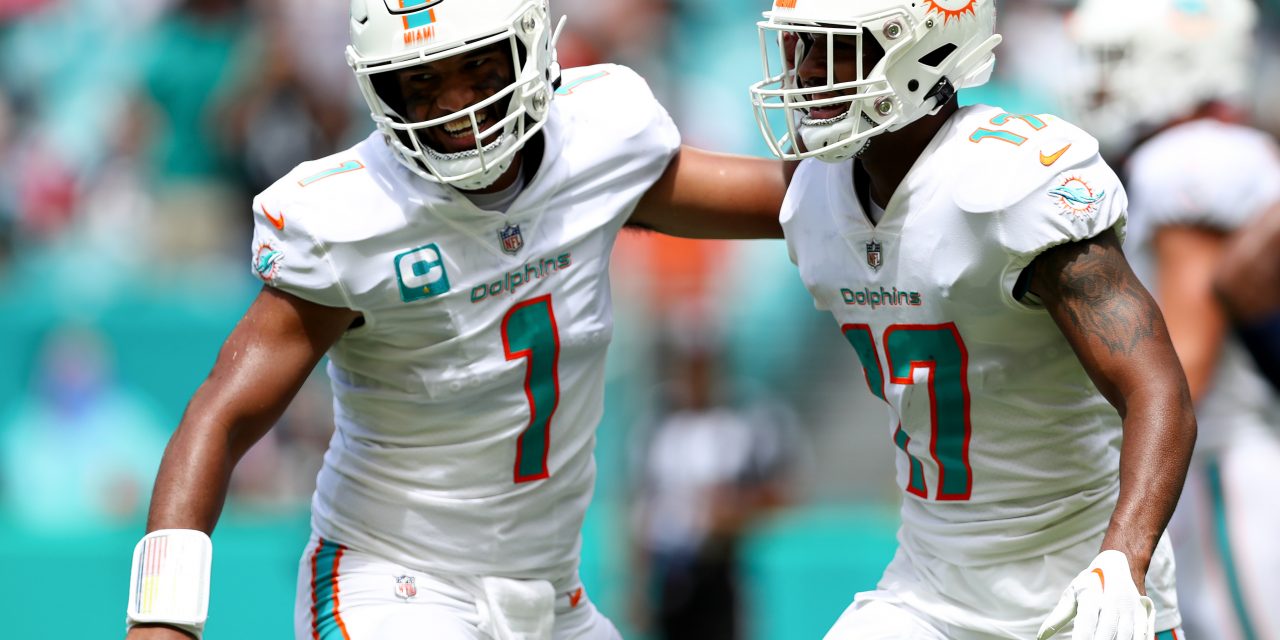 , Tagovailoa is known as an efficient but limited quarterback. McDaniel’s system, and the team’s receivers, could change that.,

For most of the Miami Dolphins‘ Week 1 win, Tua Tagovailoa chipped away at the New England Patriots defense with almost too much patience.

The Dolphins didn’t trade for Tyreek Hill to attack the field horizontally. They want to get more vertical, even if that’s not something Tagovailoa has done at a high volume in his career.

On the first play from the Dolphins offense, Tagovailoa fielded a high snap and skipped the ball to a streaking Tyreek Hill. He was wide open and Tua’s pass was about 10 yards short.

In 2021, Tagovailoa threw 2.2 deep passes per game, which amounted to 7.5% of his pass attempts. Perhaps because of his sparse usage of the deep ball, he was extremely efficient, completing a staggering 48% of his passes for 526 yards, one touchdown and two interceptions. His completion percentage on the deep ball was third-best last year behind the Cardinals’ Kyler Murray and Chargers’ Justin Herbert.

On Sunday, Tagovailoa gave the deep ball a spin. He threw five deep passes, doubling his average from last year. He completed two of those deep shots (40%) for 49 yards. Because he’s a lefty, he has historically favored the outside left third of the field when taking the deep shot. And that’s where, unsurprisingly, he completed both of his deep passes in Week 1.

Hill’s average depth of target was 9.5 yards, a decrease from his average in 2021 with the Chiefs (10.6). But the Patriots defense isn’t exactly an easy one to exploit with a downfield attack. They love using safety Devin McCourty as their lid to the cookie jar. He helped compensate for the above-average but not elite options New England featured at cornerback as they attempted to slow the Dolphins’ elite receiver duo: Hill and Jaylen Waddle. They are both tremendously explosive.

“When you’re fast and you can play strong and you can have a diverse route tree; it’s an issue [for opposing defenses] because you can expand the field in the same amount of time more than other teams, so that puts stress on the defense,” McDaniel said.

“None of that stress even matters unless you have a group of guys working together so that you have time to throw the ball, you make the correct progression, coaches call the right plays to put players in successful situations and all that,” McDaniel said.

Translation: you can’t simply plant fast players into an offense and expect the offense to get faster. It’s a team effort, starting — of course — with the quarterback.

There’s reason to believe we are witnessing a change in Tagovailoa. Yes, it’s a small sample size. But it’s the trajectory that McDaniel surely wants his quarterback to take. With help from general manager Chris Grier, McDaniel has all the tools to set up Tagovailoa for success.

But the dirty secret about Tagovailoa’s evolution might be that he doesn’t have to evolve that much for the Dolphins to generate big plays.

The perfect example? On fourth-and-7 in the second quarter, Tagovailoa and Co. were perfectly in sync. He hit Jaylen Waddle in-stride for a touchdown that changed the game. The ball hit Waddle just 12 yards beyond the line of scrimmage, but the play went for 42 yards, thanks to a pair of missed tackles from the Patriots.

On that play, Tagovailoa didn’t need to throw the ball downfield in order to generate a big play. It was not a fluke. The Dolphins surely have little doubt they can recreate opportunities like Waddle’s touchdown for him and for Hill. Tagovailoa can throw the ball at an intermediate depth and, if his accuracy is on-point — as it tends to be — then he can spring his speedy receivers for big plays.

“We talk about that all the time. If you want to be good, you make the catch. The great ones get drunk off the YAC,” Hill said in the locker room after the game Sunday.

Tagovailoa is never going to evolve into Patrick Mahomes. And there’s good reason to believe Tagovailoa might not even develop into Derek Carr or Matt Ryan. Tua’s apologists (a group of fans known as Tuanon) can argue all they want. The ball doesn’t pop out of Tagovailoa’s hand. His throws have a propensity to flutter. There are some things he can do to fix those issues with playing speed and he acknowledged that.

But no matter how quickly he processes, his arm strength will create lag in the offense. The Dolphins were smart to consider all their options at the quarterback position this offseason when they pursued Tom Brady, according to reports. (They were not smart to pursue Brady by tampering, but that’s a whole different issue). Miami might just keep their head on a swivel for good quarterbacks in the upcoming draft classes. In the meantime, they have Tua. They have an offense that gives him the absolute best opportunity to succeed.

Buying or selling Giants, Dolphins, Bears or Vikings after Week 1?

McDaniel is scheming around a strong run game, which is a work in progress after they averaged 2.8 yards per carry in Week 1. The Dolphins coach is building around receivers and running backs who can fly in the passing game. That means Tagovailoa can remain efficient and judicious about his deep shots while making use of his skills as a distributor. And the 2022 offense wil be a massive upgrade from 2021.

Tagovailoa has begun to do what McDaniel wants and, in turn, the Dolphins coach is beginning to use the quarterback in ways that could change the perception of him.

If that happens, then what?

If Tagovailoa succeeds in 2022, it will be fascinating to see whether the Dolphins remain faithful to him — or whether they think their system can set up a different quarterback, with more special physical tools, up for an even higher level of success. 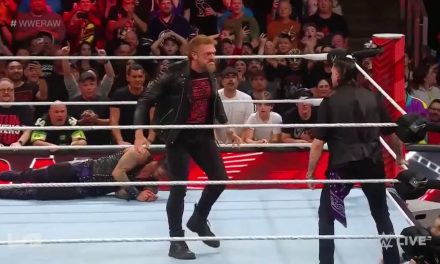 Edge challenges Finn Bálor to an ‘I Quit’ Match at Extreme Rules! WWE on FOX 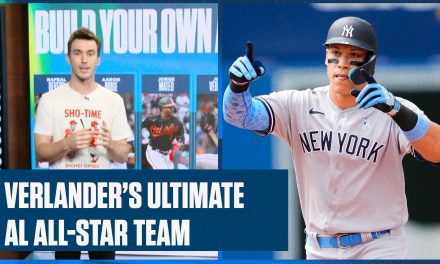 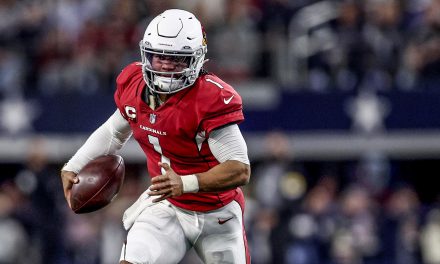 Has Kyler Murray earned an extension from Cardinals?, 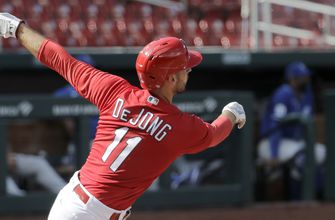