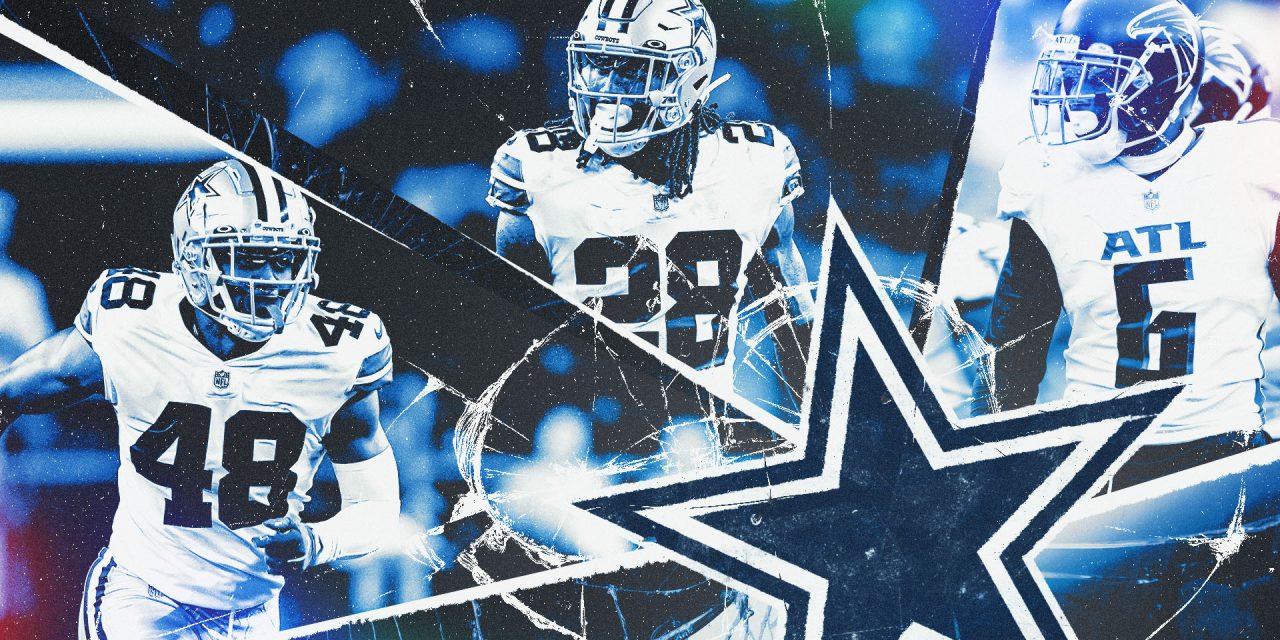 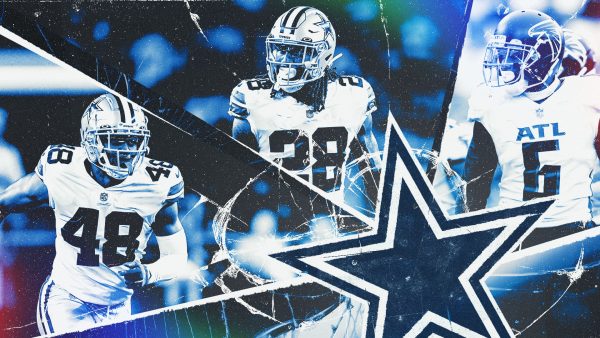 , David Helman identifies a handful of unsung players on the Cowboys’ roster who could go a long way toward improving the team’s fortunes.,

DALLAS — Now that I’ve done some hand-wringing, let’s allow for some optimism.

As previously noted, I have some real issues with the Cowboys’ roster as currently constructed. The team seems to be relying on hope in several areas of the depth chart, which isn’t always a sound strategy.

Having said that, the Cowboys have pulled this off in the past. As team owner/general manager Jerry Jones is fond of pointing out, no one expected Micah Parsons to develop into one of the league’s best young defenders after just one season. The odds on CB Trevon Diggs being named an All-Pro in his second season would’ve been astronomical at this time last summer.

Clearly, the Cowboys are hoping they can strike it rich again by leaning on their young talent. Maybe they’re right. In the spirit of that optimism, here are a handful of unsung players on the roster who could go a long way toward improving the Cowboys’ fortunes.

Can Dak Prescott lead Cowboys on a playoff run?

Last summer, Dak Prescott entered training camp dealing with multiple injuries. This year, the Cowboys’ QB says he’s in the best shape ever. Emmanuel Acho weighs in on whether Prescott can carry the team to the playoffs.

Let’s keep the train rolling on these young Cowboys linebackers because I’m not sure if there’s a young player on this team who’s generating more preseason hype than Cox.

That’s totally understandable when you consider his background. This is the guy who excelled at both North Dakota State and LSU and was widely expected to be a top-100 pick before he fell to the Cowboys on Day 3 of the 2021 NFL Draft. And while his season was cut short by an ACL tear last year, he showed tantalizing glimpses of his potential, highlighted by his goal-line stop of Giants QB Daniel Jones in Week 5 last year.

Cox is long on potential but short on production. He has played just seven games with only two official tackles on his résumé.

That’s what makes his development so crucial. Leighton Vander Esch is on a one-year deal, and rookie Damone Clark won’t be healthy until later this season. The Cowboys need an effective off-ball linebacker to pair with Parsons and to help man the middle of the field when Parsons rushes the passer.

Cox’s athleticism speaks for itself, and he was lauded for his ability in coverage as a draft prospect. Partnering a rangy, plus-coverage linebacker with a freak athlete such as Parsons would create a hell of a combo in the center of the Cowboys’ defense.

It makes sense that a few of the players on this list are going to be 2021 draft picks because the Cowboys are clearly hitching their wagon to these guys. They drafted 11 players last spring, and all 11 of them are expected to contribute in 2022.

Odighizuwa contributed plenty as a rookie. After losing Neville Gallimore to an elbow injury, the Cowboys leaned heavily on their third-round draft pick, asking him to start 12 games and play 616 total snaps. It was a successful season, for the most part, though Odighizuwa seemed to hit the fabled rookie wall after a certain point.

Clearly, the talent is there to be a difference-maker. The key for a young player in year two is to develop the consistency to do it more often. Ironically, the Cowboys need the same from Gallimore, who lost most of his second season to that elbow injury.

If they can get that bump in production from one of their young defensive tackles, it’d be big. If they can get it from both of them, it could change the complexion of Dallas’ defense.

It feels silly to call Hooker an unsung name because he’s a former first-round pick. But he technically wasn’t a regular starter on this team last year, instead filling in for Damontae Kazee and coming on in some three-safety sets.

That won’t be the case now. The Cowboys prioritized Hooker in the spring, signing him to a two-year, $8 million deal to start alongside Jayron Kearse.

Now, Hooker will have his biggest opportunity to reestablish himself since injuries derailed his career in Indianapolis. He posted 44 tackles and an interception while playing just 38% of the snaps last year, so it’s certainly intriguing to think what he could do with a bigger share.

The 2017 NFL Draft feels like a few lifetimes ago, so I forgive you if you’ve forgotten that Hooker was hyped as one of the best pure ball-hawking safeties to enter the NFL in years. He managed seven interceptions in his final season at Ohio State, and it was only lingering injury issues that pushed him down the board to the Colts at No. 15 overall.

Obviously, the injury concerns have proven to be valid. Hooker has missed games due to injury in four of his five seasons, and a torn Achilles cost him most of 2020.

With him having bounced back successfully from that injury in 2021, the Cowboys are clearly hoping they can buy low and reap the benefits.

I can’t stop thinking about Waletzko, this year’s fifth-round pick out of North Dakota, mainly because of the rare circumstances surrounding him.

The Cowboys turned some heads when they drafted him from the FCS level, mainly because it’s a bit outside their typical M.O. But with Waletzko’s 6-foot-8, 312-pound frame and unreal athletic testing scores, it’s easy to see why they’d take the chance.

What’s amazing is the opportunity in front of him. Like I wrote Tuesday, the Cowboys have opted not to sign a veteran swing tackle this offseason, instead leaning on youngsters such as Waletzko, Josh Ball and Tyler Smith to fill the void.

With respect to the other two, Waletzko stands out to me because of where he’s coming from. Smith is a first-round pick out of Tulsa, so it figures he’d have high expectations placed on him. Ball is in his second season out of Marshall. He also originally played at Florida State, so he has a bit more experience playing at the highest levels of football.

The Cowboys threw a lot at Waletzko early on, asking him to play both tackle spots and even some guard in the spring. If he proves capable of handling it, we could be watching one of the cooler come-ups we’ve seen around here in a while. Furthermore, if he proves worthy of significant playing time, it could go a long way toward beefing up a tackle spot that looks a bit suspect right now.

Don’t laugh at me. I know Dante Fowler isn’t exactly an “unsung” name. The guy was drafted No. 3 overall back in 2016. He was also one of the Cowboys’ only free-agent additions this year.

Still, I’ve been ruminating on this take for a while, and I think it’s fair to say that Fowler is one of the biggest and most important variables on this roster. Factor in his affordable, $3 million contract, and I don’t think it’s absurd to suggest that he’s flying under the radar a little bit.

Why do I think Fowler is so important? It’s simple. As mentioned, this is a guy who was talented enough to be drafted No. 3 overall coming out of Florida. He has also shown that potential at times.

Across his six seasons in the NFL, Fowler has played on three winning teams. He was a piece of the defensive line rotation on the 2017 Jacksonville team that lost the AFC Championship Game. A year later, he was traded midseason to a Rams team that wound up going to the Super Bowl. The following year, he enjoyed the best season of his career for a Rams team that went 9-7 and narrowly missed the playoffs.

What I find interesting is that Fowler has thrived in these situations. That year in Jacksonville, he rotated with the likes of Calais Campbell and Yannick Ngakoue, finishing with a solid eight sacks. He managed only two sacks in eight games with the Rams in 2018, but he came on in the playoffs to contribute 1.5 sacks and three QB hits.

In 2019, with Aaron Donald commanding every offense’s attention, Fowler blew up for 11.5 sacks.

The point I’m about to make is obvious: Fowler should see favorable matchups in Dallas. Parsons raged onto the scene and is already seen as one of the NFL’s best pass-rushers. DeMarcus Lawrence is a two-time Pro Bowler. Defensive coordinator Dan Quinn has demonstrated a clear ability to find the right looks for his guys.

I can’t guarantee that Fowler will tap into that potential. But if he does, it could mean something really big for the Dallas pass rush.

Should Cowboys go back to rush-heavy approach in 2022? 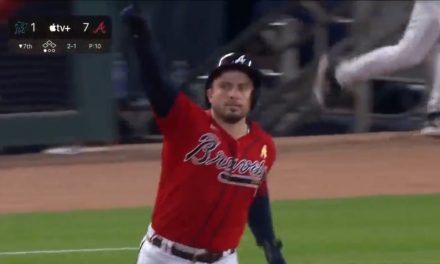 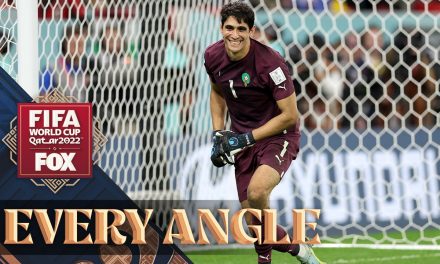 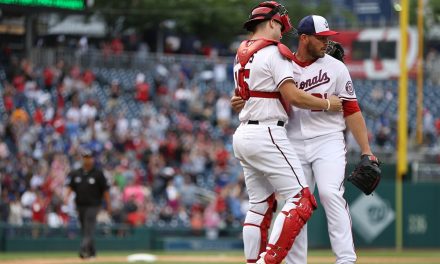 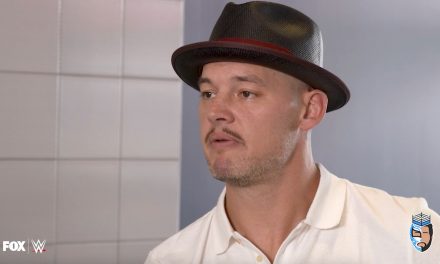 Happy Corbin on Drew McIntyre kicking out of The End of Days, ‘It broke my heart.’ | WWE on FOX,