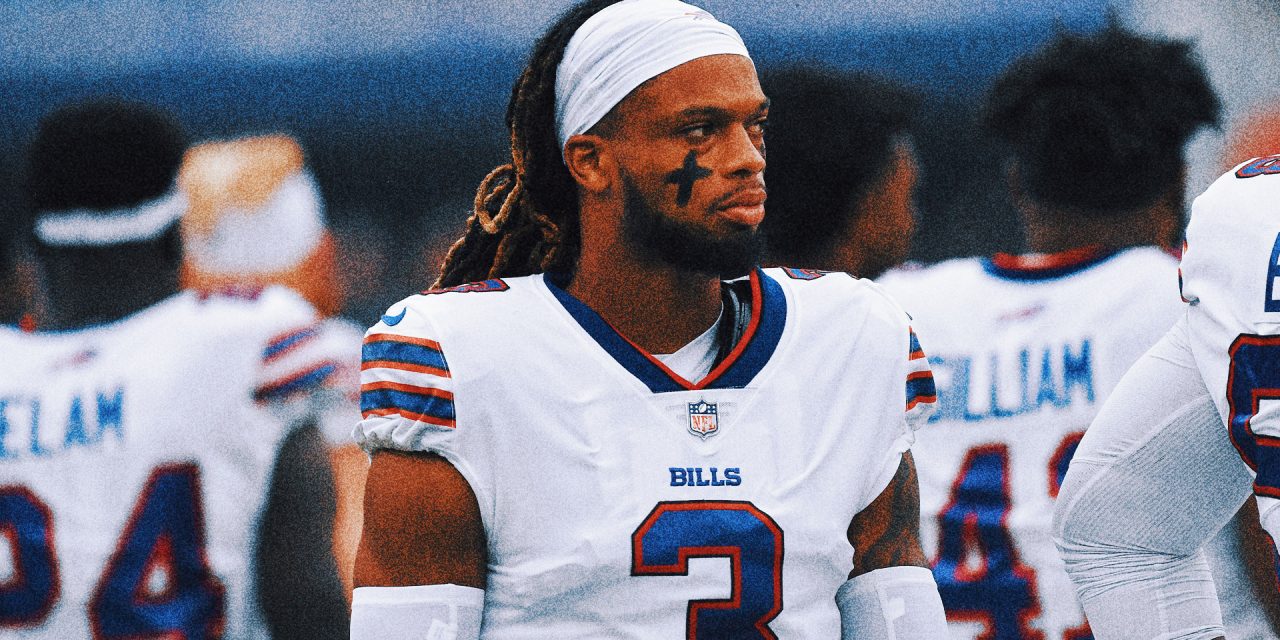 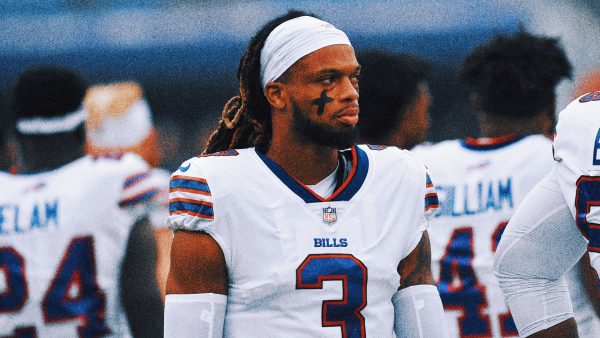 On Monday night, the NFL community held its collective breath as Buffalo Bills safety Damar Hamlin collapsed on the field following a tackle of Bengals wide receiver Tee Higgins. Hamlin got back to his feet and then suddenly fell back to the ground as players from both teams immediately called for medical assistance.

The physicians, athletic trainers, paramedics and support staff all did an amazing job, as has been reported multiple times by the teams and broadcasters, in providing immediate life-saving care to Hamlin.

The medical staff swiftly assessed the player and then started CPR — which includes well-scripted and rehearsed cardiac and pulmonary measures to immediately resuscitate Hamlin. He was then transported by ambulance to the University of Cincinnati (UC) Medical Center in critical condition, where he was reported to be intubated (a breathing tube was placed in his trachea), and vitals stabilized. He will undergo further testing there.

The Bills officially reported Hamlin suffered a cardiac arrest. Cardiac events can happen for a variety of reasons, however, in such a young, fit athlete these are quite rare events.

One of the rare conditions that occur when there is blunt trauma to the heart is called Commotio Cordis.  In Latin, this means “agitation of the heart” and it happens when an individual takes a blunt force directly to the front of the rib cage (chest wall), causing a brief trauma to the heart muscle.

Now, if the blunt trauma occurs during a very specific time within the heartbeat (which is controlled by electrical impulses in the heart), and in particular during the repolarization phase of the heartbeat electrical signal, it can cause a life-threatening cardiac arrhythmia — which is generally ventricular fibrillation also known as V-Fib.

The best way to bring someone out of V-Fib, according to the American Red Cross, is: 1. Prompt recognition and activation of the emergency life support system; 2. Starting high-quality CPR; 3. Early Defibrillation with a defibrillator; and 4. Transport to an advanced life-support center. This is exactly the sequence of events that occurred on the field for Hamlin, and is a credit to the medical staffs of both teams to provide collaborative life-saving intervention.

What do we practice for an event like this in the NFL?

As a former head team physician for the New England Patriots, in addition to my training in the U.S. Navy, we routinely rehearsed the Emergency Action Plan (EAP). This is done by every NFL team and includes all the medical staff involved with player care.

The EAP is rehearsed, in person at the beginning of every season, on the field where their team’s home games are played, as well as at any practice facility. There is a printed EAP for every member of the medical team as well as the visiting team.

Not only does the medical team rehearse exactly for an event such as this, we also practice backboarding, cervical spine and lumbar spine handling precautions, and also how to handle the facemask, helmet and pads. In addition to that, the location of all AED’s on the field is reviewed, as well as the roles of every team member.

It does not stop there. Sixty minutes prior to kickoff of every NFL game, the key members of the medical staff meet to review the EAP at the stadium, to ensure everyone knows their roles in case of an emergency, and to make sure everyone knows the closest Level I hospital trauma facility.

What comprises the NFL medical team that provides life-saving care on the sidelines?

All members of the medical team are well-versed in multiple aspects of NFL player care and each has defined roles in case an emergency arises.

We had more than 40 health-care professionals on the field when I was a head team physician, and it was important everyone knew their role. This was the key to Hamlin’s rapid cardiac care.

Many fans might not be aware, but there are a lot of medical professionals trained in specific areas to provide the highest level of care to NFL players.

Some of the key medical team members on the field of every NFL game include:

Head team physician and/or Medical Director. Generally, this person is an orthopedic surgeon or musculoskeletal expert, but there are different types of physicians in this role.Head athletic trainer. This person helps to coordinate all levels of medical care for the teamAssistant head athletic trainer(s)Airway management physician. Generally, this person is an emergency medicine physician, trauma surgeon, or anesthesiologist — someone who is highly familiar with dealing with a cardiac/pulmonary event.Visiting team medical liaison. Generally, an emergency medicine physician to assist with all aspects of medical care for the visiting teamAmbulance team. Generally, these are seasoned veterans, including paramedics and EMT’s who have the capability for rapid sequence intubation as well as administration of cardiac medications.  The ambulance team is one in which the teams have worked with, usually year-in and year-out, and are highly familiar with not only the EAP, but also the roles and responsibilities of each member of the NFL medical team. They have the capability to provide all aspects of cardiac/pulmonary care capabilities on the ambulance, which needs to be adjacent to the sideline, usually in one of the tunnels. They know the quickest route to the designated Level 1 trauma center.Unaffiliated neurologic consultants. There are three UNCs (Unaffiliated Neurologic Consultants) whose primary job is to assess for concussion. There are two UNCs (one on each sideline), and another in the booth helping spot for potential concussive events.ATC spotter. This person assists with the UNC and all aspects of recognition of a potentially concussive event.

What is Commotio Cordis?

Commotio Cordis is more common in sports such as baseball, softball, lacrosse and hockey, where a hard object (ball or puck) is moving at a high rate of speed and strikes the individual in the upper portion of the chest.

Commotio Cordis normally affects adolescents with a mean age of 15 years old. However, it can happen in adults, especially who frequent athletic and contact sports. The most common sport in which Commotio Cordis occurs is youth baseball, generally involving the pitcher, catcher or batter. Chest protectors are also controversial in this condition as it has been shown that they might be of assistance, but other studies have not shown a conclusive benefit, as Commotio Cordis events have been documented despite the use of a chest protector.

An AED and rapid medical response are vital to the survival of individuals who suffer from this. According to the National Commotio Cordis Registry, in a study by Maron, BJ et al. they found that though 75% of cases were from a projectile that was part of the game, 25% were caused by body contact or collisions with teammates and opponents.

Originally, it was thought that resuscitation was very difficult, but recent data shows it has increased from around a 15% survival rate to greater than 50% in recent years. That improvement can be likely thanked to quick care, good medical planning, and immediate availability of AEDs.

Thankfully, the medical staff was able to get Damar Hamlin’s heartbeat restored and to the hospital where he could receive the cardiac care needed. Our thoughts and prayers are of course with him, his family and his teammates at this time while we wait for future updates on his condition. 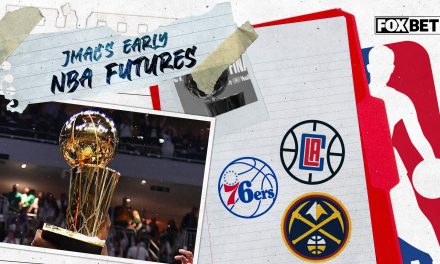 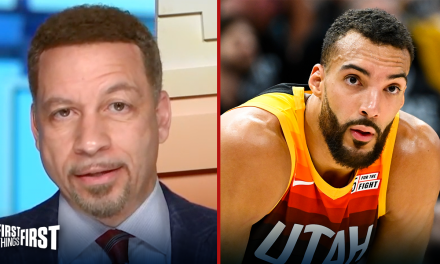 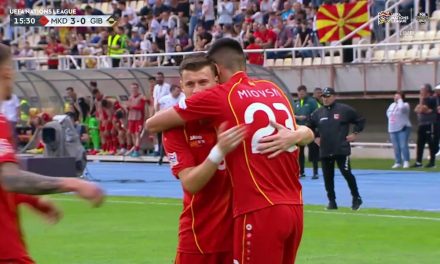 North Macedonia put up two goals in three minutes to pile on Gibraltar, 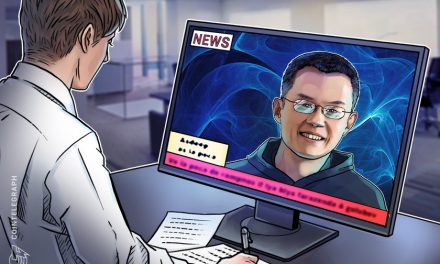