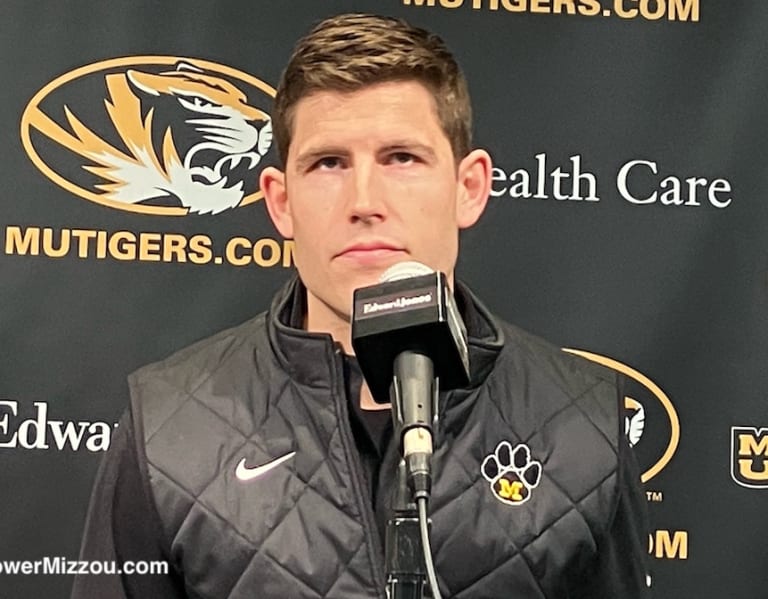 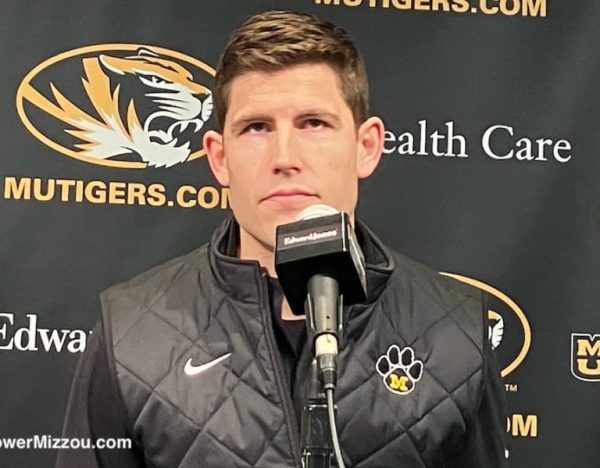 Drinkwitz didn’t flat out say that Moore would be the sole play caller, but considering he let former quarterbacks coach Bush Hamdan, now the offensive coordinator at Boise State, call plays from weeks 11-13 and he hired someone to occupy an offensive coordinator role for the last three seasons it’s safe to say that this offense is Moore’s just like the defense is Blake Baker’s.

“I ask our guys all of the time to embrace your role and put the team first,” Drinkwitz said during the press conference. “At the end of the day, that’s what I need to do to help our team be successful. I was adamant that I wasn’t going to do it unless I found somebody who could do it better than me.

“We’ll figure out how we call the two-by-two formation that we called last year and how we motion and how we shift –that gives our guys that leg up this spring. How he’s teaching the route concepts, and more importantly, as an artist, how he paints the picture that’s going to be up to him and his vision for the offense.”

Moore, who spent the last six seasons with the Bulldogs, spent the first five seasons as the wide receivers coach and passing game coordinator with last season being his first as an offensive coordinator and play caller.

In that time, he helped KeeSean Johnson become a sixth-round pick in the 2019 NFL Draft, and he helped current Fresno State starting quarterback Jake Haener post great numbers. In 2021, Haener was ninth in the FBS in passing yards and this past season he was 45th in passing yards despite missing five games. Missouri quarterback Brady Cook ranked 49th in the same category while playing in all 13 games.

*Haener missed five games due to injury in 2022.

Moore’s first time in front of the media as a part of the Tigers’ coaching staff was brief ? about 15 minutes, but what Moore said that stood out the most was about not forcing the players to do things they aren’t going to be successful in. Instead, he wants to work on designing plays that will be more obtainable with the roster that the team has.

“Philosophy-wise, there are a lot of similarities and in terms of big picture conceptual learning in terms of our personnel ? they have to defend us,” Moore said. ” Trying to figure out what our guys do well and what they have a lot of confidence in and check my ego at the door. I might really like a play or a concept but that doesn’t mean we should run it. It’s got to be comfortable for the quarterback and receivers, so they’re playing fast. I don’t want them to think, I want them to just react out there.”

Going into spring football, the Tigers will be without Cook, who will be rehabbing from a torn labrum injury in his right throwing arm. Sam Horn and walk-on Tommy Lock will be the only quarterbacks available. Recently signed four-star quarterback Gabarri Johnson will not be an early enrollee, so he will also miss spring football.

“I thought Brady really finished the year well,” Moore said. “We communicated a couple of days ago. He’s going to be in the rehab process here, but he can still do a lot of things above the neck in terms of learning the game and learning the offense and I’m just really excited to get to work with him. I’ve heard a ton of good things.”

Moore was a former wide receiver at Boise State (2009-2013), and like Drinkwitz he wants to push the ball downfield. The team tried to do that some this season, but the results didn’t net much positive results.

Moore’s got an abundance of talent in the wide receiver room headlined by Luther Burden III coming off a good true freshman season and he looks forward to being able to use pieces like Burden on the outside.

“The receiver room is really strong, and in terms of one of the phrases when I talked about taking care of the ball and being explosive a lot of that comes back to the receiver room,” Moore said. “We can drop all the different routes and concepts, but we still got to find those guys who can either separate down the field, take a five-yard option route and take the 25 and that can really get your offense going, so I’m just excited to work with those guys.”

Moore will also have recently signed four-star wide receiver Joshua Manning along with three-star receivers Daniel Blood and Marquis Johnson at his disposal.

Moore has been around the highest levels of football from a young age. His dad was a very successful high school football coach, his brother Kellen Moore, had a legendary career at quarterback for Boise State and is the current offensive coordinator of the Dallas Cowboys and Kirby’s been under the stewardship of Chris Petersen, Kalen DeBoer and Jeff Tedford the last handful of seasons.

DeBoer, who was Fresno State’s head coach from 2020-21, just led Washington to an 11-2 win capped off by an Alamo Bowl win over Texas.

“He’s been around some of the best in the business and was trained by (Fresno State) coach Tedford and coach DeBoer,” Drinkwitz said. “I spoke at length with coach DeBoer and I felt like this was the right decision.

Moore said he’s known he was going to be a coach since his career ended in 2013, and said that he’s taken a little bit of something from all of the offensive coaches he’s been under in his eight years as a coach.

“I’ve been fortunate to be around a lot of really good people,” Moore said. “There are some things working at Washington for Chris Petersenand Jonathan Smith, who is a huge mentor of mine, who is the head coach at Oregon State, and then Jeff Tedford and Kalen ? there are a lot of different wrinkles and it could be terminology, it could be conceptual.”

Moore, coming off of his first season as an offensive coordinator and play caller, said he’s learned how to redirect the ship when things aren’t going his way offensively.

“It’s the people who can actually find the solutions and get you back on track,” Moore said. “That’s probably what I learned and we had some difficult situations throughout the year and your confidence probably increases, so it was a successful first year.”

Moore’s coordinating experience may be limited, but he has been around the passing game, wide receivers and quarterbacks for a while now. It’s unknown if his previous success will travel to the midwest, but for Missouri, on paper, it seems like a step in the right direction.

Mizzou OL looking to prove itself against stout Texas A front