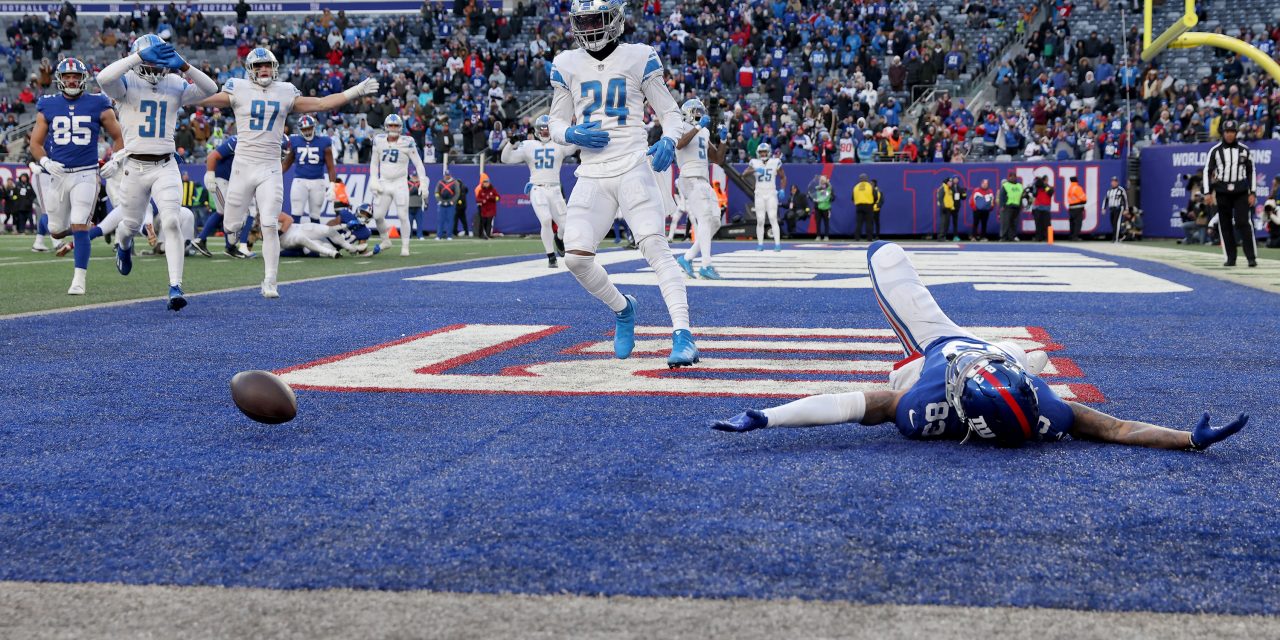 , “It’s time to step up,” Giants defensive end Jihad Ward said after a loss to the Lions in which the team also sustained key injuries.,

EAST RUTHERFORD, N.J. — For all the excitement around their 7-2 start and dreams of their first playoff berth since 2016, the Giants have always known what they were working with this season. The only thing thinner than their margin of error was their depth chart.

And both got a lot thinner on Sunday afternoon.

It was bad enough that the Giants, now 7-3, gave their worst performance of the season in an ugly, turnover-filled, 31-18 loss at home to the Detroit Lions. But they also lost six players who, either by design or necessity, were playing key roles on their upstart team. That included their best cornerback, Adoree’ Jackson, who might miss a month with a sprained knee, and rookie receiver Wan’Dale Robinson, who was on crutches due to a knee injury at the end of his breakout game.

“Yeah, it was a lot,” said Giants running back Saquon Barkley. “To be honest, you really don’t realize it until after the game.”

On a short week, with just four days until their Thanksgiving showdown with the Cowboys in Dallas, that’s easier said than done.

Remember, the Giants weren’t exactly working with a stacked deck even when they were closer to full strength earlier in the season. There were already worries about their offensive line and deep concerns about a very weak receiving corps. Their secondary started the season looking pretty thin at cornerback too.

And here’s what happened on Sunday: They lost Jackson to what is reportedly a sprained MCL, though he said he still needs to have an MRI on Monday morning. And they didn’t even lose him on defense – he was returning a punt at the time. Then they lost their other starting corner, Fabian Moreau, to a rib injury. And remember, he was only starting because Aaron Robinson is likely out for the season with an injured knee. They lost safety Jason Pinnock, who had to be taken to a local hospital with a jaw injury. And he was only getting significant action because safety Xavier McKinney broke his hand in an ATV accident during the bye week.

Then there’s the offensive line, which was already playing without two starters — right tackle Evan Neal (knee) and left guard Ben Bredeson (knee). Then, in this game, they lost Neal’s replacement, Tyre Phillips, to a neck injury and center Jon Feliciano suffered a neck injury too.

Perhaps the biggest loss of all: Robinson, who was basically the only offensive weapon they had in a game where the Lions completely shut down Giants running back Saquon Barkley (22 yards on 15 carries). The rookie had to be carried off the field by trainers, in obvious pain after a knee injury in the fourth quarter. He was the lone bright spot in a receiving corps that lost Sterling Shepard earlier in the season and is getting absolutely nothing from Kenny Golladay.

So in four days they might be in Dallas, trying to rebound and stay in the NFC East race while playing with three backup offensive linemen, two backup corners, one backup safety, and a receiving corps led by Darius Slayton, Isaiah Hodgins and Richie James.

That’s not good, especially in a game where their place in the NFC playoff chase might really be on the line.

“I got faith in every single player in this organization,” Giants defensive end Jihad Ward said. “It’s time to step up. This ain’t no little kid sport. This is a grown-man sport. Don’t be sitting around saying ‘I ain’t playing.’ It’s your time to shine now.”

Those are brave words, and certainly words that Giants coach Brian Daboll will spread around the team facility over the next few days — at least in the moments when he’s not huddling with the Giants’ training staff getting updates. But the reality is this: The Giants aren’t exactly built to handle this onslaught of injuries. They’ve been playing above their heads all season long.

They will likely feel the losses the most on offense. If the Cowboys are able to limit Barkley the way the Lions did, Giants quarterback Daniel Jones just isn’t going to have many options. His passing numbers from Sunday looked good—27 of 44 for 341 yards and one touchdown, but two interceptions—but too much of that came after the Giants were already down three scores in the second half.

And most of it came from Robinson, who had 9 catches for 100 yards and was just beginning to show why the Giants were so excited to get the shifty, 5-foot-8 receiver in the second round of the draft.

“We know how explosive he can be,” Barkley said. “We know the plays he can make. To not have him out there is definitely going to be a loss.”

Daboll, as is his custom, offered no injury updates after the game, except to acknowledge that Robinson “was in a lot of pain.” It sure seems like it would take a miracle to get him back in time for the game in Dallas. The same goes for Jackson and so many other players on their lengthy injury list, which also includes linebacker Azeez Ojuliari (calf) and rookie tight end Daniel Bellinger (eye) too.

But the bigger miracle at this point might be the Giants sustaining their early-season success with what’s left of their team, especially with four straight games coming up against the other teams in the red-hot NFC East. It might take some magic from Jones and some wizardry from Daboll to keep this team together and keep all their hopes and playoff dreams alive.

Don’t rule it out. The Giants have been one of the biggest surprises of this season and they certainly could be again. Jones has become a master of making something out of nothing. And Barkley isn’t likely to be held down long, even behind a crumbling offensive line.

But they are still entering dangerous territory, heading into the stretch at far less than full strength — which was always the biggest fear inside their front office. They knew that at some point their lack of depth figured to catch up to them.

And when it did on Sunday against the Lions, it was painful to watch. 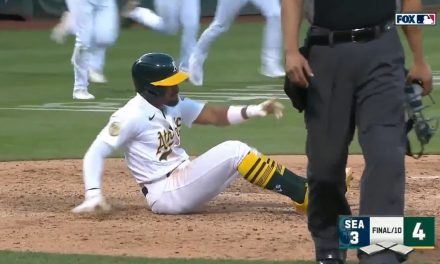 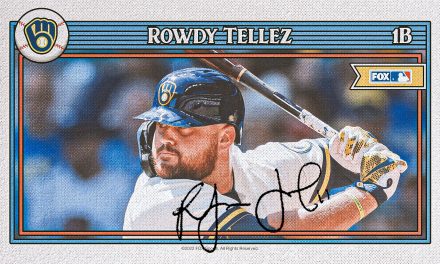 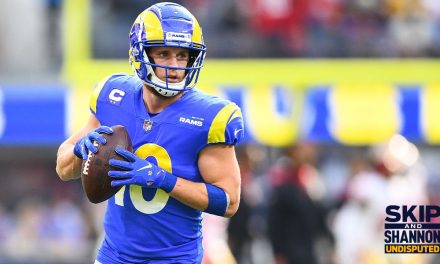 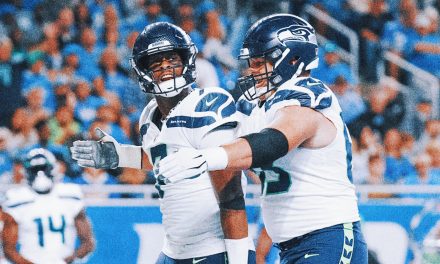