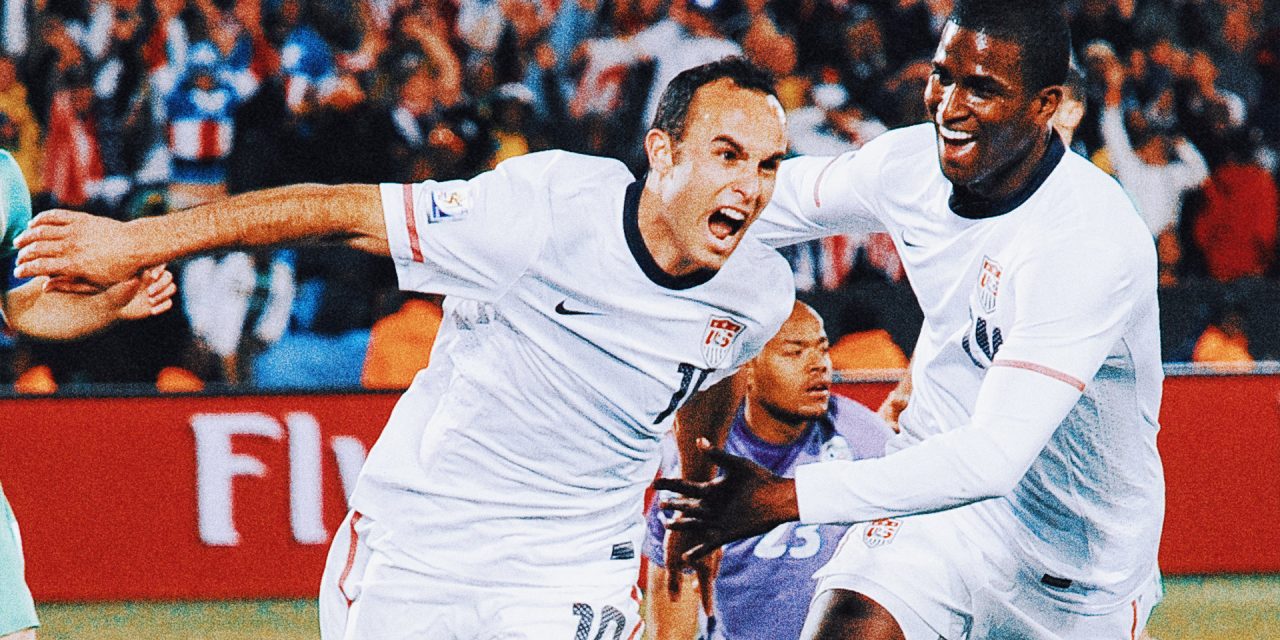 , Ian Darke’s call of Landon Donovan’s goal against Algeria at the 2010 World Cup is just as memorable as the goal itself. Darke and Donovan reflect on the legacy of that moment.,

DOHA, Qatar — Everyone saw it. Everyone heard it. Everyone who cares deeply about American soccer — and a ton of people who don’t — can recall what happened in Pretoria, South Africa, on Jun. 23, 2010, like it was yesterday, when Landon Donovan scored a goal of impossible drama and time stood still, broken only when commentator Ian Darke made a World Cup call for the ages.

Donovan’s injury-time strike against Algeria that pushed the USA to the top of Group C and saved it from elimination remains the most iconic moment in this country’s soccer history, with Darke’s words providing the perfect backdrop and unwittingly summing up the emotions of a nation back home that was emphatically losing its mind during a Wednesday lunchtime.

“It is unique in my career that one call has had that kind of effect, which, of course, is because of what a dramatic, meaningful and impactful goal it was,” Darke, part of the FOX commentary crew in Qatar, told me.

“It was a transformative moment for how the game was received in the United States. That kind of explosive moment at the end made a lot of people realize what incredible drama soccer can offer.”

Coming in at No. 50 on the list of the most memorable moments in World Cup history, Landon Donovan scored a goal in stoppage time to send the USMNT to the Round of 16 past Algeria.

Now, 12 years later, you can still find members of the American Outlaws fan group wearing “Go, go, USA!” T-shirts and scarves, and Darke gets reminded of it constantly, despite having called hundreds of games before and since. Hours after the match, Darke couldn’t remember what he’d said on the broadcast, wondered why he had started trending on Twitter, and had to have the call played back to him.

Those three unforgettable words still strike deep into the heart of every USA supporter, and in the ultimate dream scenario over the next couple of weeks, could maybe, maybe, get uttered again?

Every World Cup team is, in a way, chasing the ghosts of the squads that came before them. That fact there is a certain level of expectation on the likes of Christian Pulisic and Tyler Adams to get out of Group C and into the last 16 is, in part, due to the exploits of Bob Bradley’s 2010 group and the thrilling nature of Donovan’s late winner.

Try watching an online replay without throwing your arms into the air. Lump in the throat, too? Even better.

One of the twists to the story is that one of the last members of the American soccer community to watch the goal was Donovan himself. For years, the former Los Angeles Galaxy forward struggled with depression that he bravely detailed upon his retirement from the national team in 2014, and he tended to avoid re-watching games. Even such an epic and important one.

“I didn’t see it until months later, and only then when someone sent it to me,” Donovan, now a FOX analyst who will be paired with Darke for Qatar 2022, told me via telephone. “It is iconic because of Ian’s call. It was perfect. It doesn’t get old.”

Everyone remembers the three words, but there was more to it than that.

As goalkeeper Tim Howard broke up an Algeria attack and hurled a throw to the toes of Donovan on the halfway line, Darke regaled the action, with nearly a minute of injury time already played.

Along with Clint Dempsey, Donovan was the 2010 team’s primary attacking force and if not for his goal in the second group game against Slovenia — sparking a comeback from 2-0 to 2-2 — the campaign might already have been all but over. That squad, laden with experience, was markedly different to the one Gregg Berhalter has brought to Qatar. Three of the four men in the move, Howard, Dempsey and Donovan (plus 20-year-old Jozy Altidore) were arguably the most critical members of the team.

As Donovan collected Howard’s throw, Darke sensed something might be brewing. Maybe.

“They were going out of the World Cup,” Darke remembered. “The 90 minutes were up. I recall thinking that when Tim Howard got the ball this really was the last chance. They couldn’t do it. It was one of those stories that was almost too farfetched.”

“Landon Donovan … there are things on here for the USA. Can they do it here?”

The 2022 Americans face Wales on Monday (2 p.m. ET on FOX and the FOX Sports App), followed by England four days later and Iran to finish off group action. Most observers believe England to be a clear group favorite, with the USA-Wales clash expected to have huge repercussions for qualification.

In the lead-up to the tournament, Donovan traveled to Los Angeles from his home in San Diego for some practice commentary sessions with Darke. He is relishing the chance to bring the action to the audience back home.

“It is kind of nice how it came around full circle with Ian,” Donovan added. “Not many days go by when someone doesn’t reference that goal, and it is special to relive it, year after year.”

Another near-miss, which looked like being the tale of the 2010 team’s tournament. Chances had gone begging against Algeria, truthfully the team’s worst performance of the group stage, including one where Dempsey put the ball int the net only to be incorrectly ruled offside.

No one remembers that now, because of what happened at the end, and what was said.

“I think all commentaries are of the moment,” Darke said. “Sometimes when you hear it later on it sounds kind of biased. It felt like the right thing to say in that joyous moment for the USA.”

In the days that followed there would be patriotic fever. Before he saw the goal on video Donovan had watched and re-watched a segment made by college student Robby Donoho, comprised of celebrations from fans all across the country and which did more than five million online views.

All of it a reaction to Dempsey’s shot bouncing off the body of Algeria goalkeeper Rais M’Bolhi and into the path of Donovan, who had never stopped running.

“And Donovan has scored! Ooooh, can you believe this?”

Cue unbridled rapture. Donovan sprinted to the corner flag, free for just a moment before being engulfed in a pile of screaming American players, substitutes and coaches. Big central defender Jay Demerit somersaulted onto the top of the scrum. Algeria was done. The USA was heading to the round of 16, where it would face Ghana, but before that there were celebratory beers and cigars with former president Bill Clinton in the locker room.

The American sports public was going wild for not only the performance of the team, but for the part played by Darke, who was more than a little embarrassed and surprised to find himself part of the story, suddenly in demand for dozens of talk radio appearances in the United States.

“I can’t explain why that took off in the way it did,” he said. “If you were trying to pre-script a moment you would never utter that line, it’s ridiculous. But with the adrenaline flowing, out it came.”

Go, go indeed, USA, words to remember and to apply to this young 2022 team, waiting here in Qatar with destiny before them.

Go, go claim your own history, your own moment of magic. And, perhaps, your own golden verse to accompany it forever.

Read more on the World Cup: 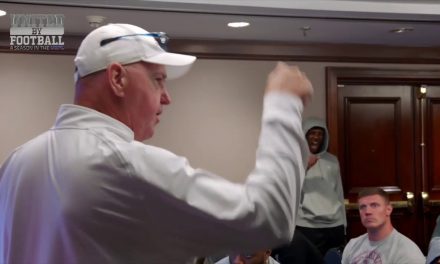 Philadelphia Stars and Birmingham Stallions get hyped up for USFL title game | United By Football, 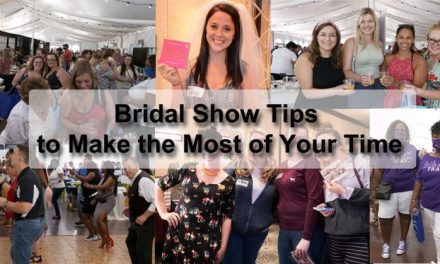 Tips to Maximize Your Time When Attending our Bridal Shows 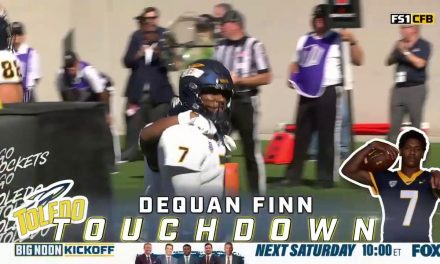