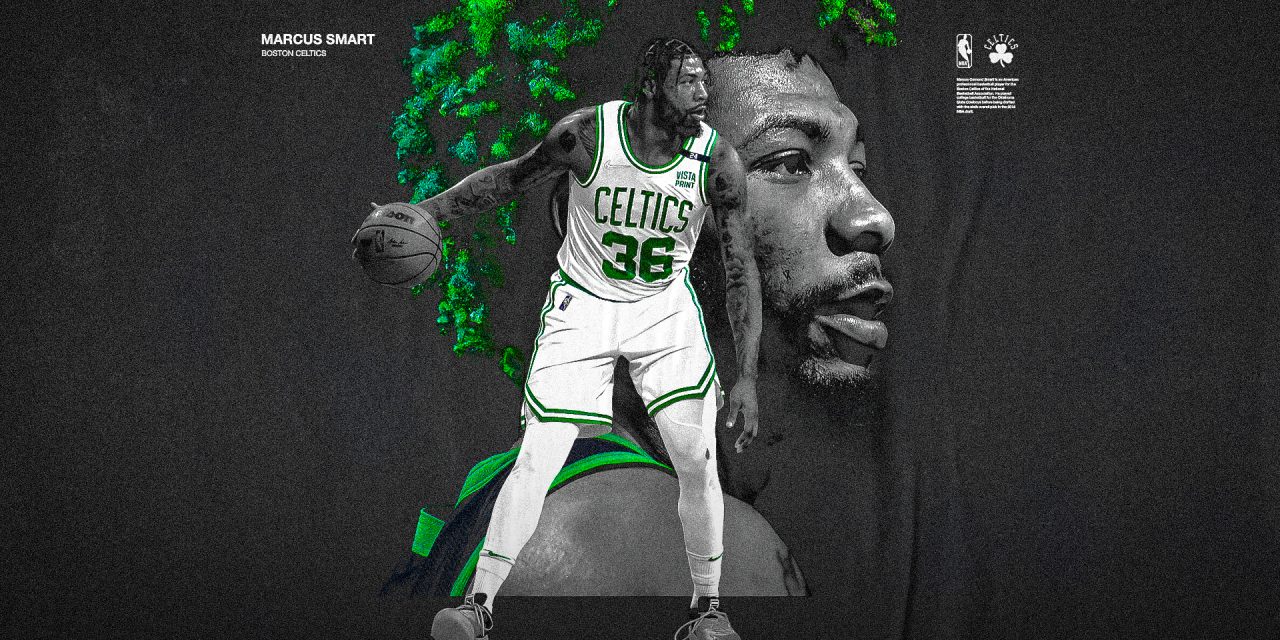 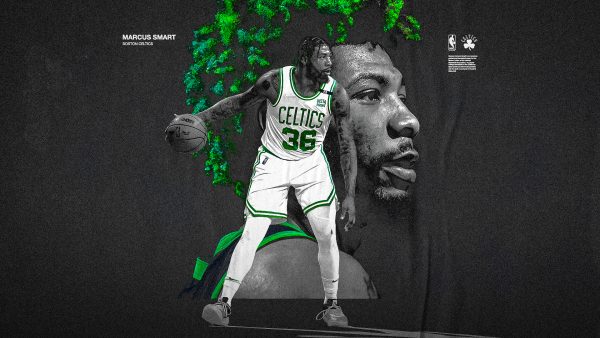 , After years of featuring shoot-first point guards, the Celtics gave Marcus Smart a shot, which changed everything, writes Yaron Weitzman.,

A large smile stretched across Marcus Smart’s face as he walked through the door. It was the summer of 2021, and he was coming home from a meeting with new Boston Celtics head coach Ime Udoka, who had just told Smart that he’d be entering the upcoming season as the team’s starting point guard.

“And there was just this confidence and relief in his body language,” recalled Kenny Boren, Smart’s high school coach, who greeted him that day.

Nearly nine months later, the Celtics are just two victories away from making their first NBA Finals appearance since 2010. There’s a list of reasons why this year’s team has had so much success. But the decision to shift Smart over to the point is chief among them.

“I think everybody in the organization — in the world — has seen what I can do at that point guard position,” Smart told reporters after leading the Celtics with 24 points, 12 assists and 9 rebounds in their 127-102 thumping of the Miami Heat in Game 2 of the Eastern Conference finals.

Smart had always considered himself a point guard. “It’s his natural position,” said Vonzell Thomas, Smart’s AAU coach. When playing for Thomas, Smart made a habit of feeding teammates left open by opponents because, he told the coach, “If nobody passes to them, then they’ll think people don’t believe in them.”

Smart played point guard in high school in Texas and at Oklahoma State as well, but he was never an electric scorer. “He’s got to be one of the only kids to be named Mr. Texas and not lead his team in points,” Thomas said.

Danny Ainge, the Celtics’ former president of basketball operations, who in 2014 drafted Smart sixth overall, viewed him more as an off-ball option. Ainge wanted the ball in the hands of players who could generate offense one-on-one. That, he believed, was how playoff games were won and, he told colleagues around the league, the skill he valued most.

And so the Celtics spent years trotting out lineups featuring undersized, shoot-first point guards. First came Isaiah Thomas. Then Kyrie Irving. Then Kemba Walker. The trio helped propel the Celtics to seven straight playoff berths and three Conference finals appearances over a five-year stretch. But, despite LeBron James bolting for the Western Conference and opening the door for three different Eastern Conference teams to reach the Finals since 2019, the Celtics failed to break through.

There was a growing concern that they had missed their window.

This offseason, the team revamped its leadership. Ainge stepped down. Brad Stevens, his longtime head coach, replaced him at the top of the organization — and then tapped Udoka, a longtime NBA player and assistant coach, to be his replacement.

One of Udoka’s first changes was to institute a switch-heavy defensive scheme. To do so, he needed a point guard who could both slow down opposing dribblers and bang with big men. Smart, whom the Celtics signed to a four-year, $77.1 million contract extension in the offseason, was the perfect fit.

The defense, which finished the season as the league’s best, coalesced fast. The 6-foot-3, 220-pound Smart smothered ball-handlers at the top of the key and also switched onto bigs. NBA offenses are predicated on the ability to draw two defenders onto the ball — either via a screen or by forcing defenses to send a second defender toward a star — and then create a four-on-three advantage. Having Smart, with his size, speed and smarts, as the head of the snake allowed the Celtics to neutralize this strategy.

“One of the things about [Smart] moving to the point and Jaylen [Brown] going to the two and Jayson [Tatum] going to the three is we’re huge at those spots,” Stevens said in April after Smart was named NBA Defensive Player of the Year. “And so Marcus can utilize some of his strengths there, and he can still switch and guard everybody else, but it’s really nice to have him at the point of attack on the defensive end of the floor.”

The offense, however, was a different story. It came out of the gate clunky and sluggish, with Smart struggling in his new role. The Celtics began the season 25-25. The players lashed out at each other in press conferences. Udoka was openly critical of his group. Questions swirled about the viability of the Tatum-Brown pairing, with ESPN’s Zach Lowe, as plugged-in a reporter as there is covering the NBA, spending half a podcast discussing potential Tatum and Brown deals with Jeff Van Gundy, the network’s No. 1 NBA analyst.

The Celtics looked to be on the verge of collapse.

The turning point came in early February, after Smart returned from a six-game absence and helped the Celtics win eight out of nine. The team’s strong play convinced Stevens and Udoka that it was time to part with Dennis Schroder — a shoot-first point guard the Celtics had signed the previous offseason — and fully lean into Smart as the primary table-setter.

The Celtics’ offense took off. In 20 games after the break, Boston roasted opponents to the tune of 122.6 points per 100 possessions, a 12-point leap and the league’s top rate over that stretch. The Celtics transformed into a dominant squad on both ends of the floor, and after reeling off 26 wins over their final 32 games, grabbed the East’s second seed.

“I’m not the type of coach that wants to call a play every time down. I leave it in his hands,” Udoka said of Smart recently. “He usually makes the right decision.”

People who’ve spent time around Smart and the Celtics say they’re not surprised. One former assistant coach said the team’s former staff felt Smart made better decisions — and was less likely to launch ill-advised shots — when playing the point. Celtics players have said the same to friends.

“His biggest strength, in my opinion, has always been his ability to make good reads with the ball and play-make for others,” said Scott Morrison, who served as an assistant coach with the Celtics from 2017 to 2021.

Smart, embracing the role, averaged a career-best 5.9 assists per game. He’s also dishing the ball more frequently than ever (60.5 passes per game in the playoffs, according to Second Spectrum tracking data, compared to 48.8 during last year’s regular season).

That mindset — and the removal of another gunner — has shifted more responsibility to Tatum and Brown, who, knowing they’re more likely to get the ball back and seeing how effective pinging the ball around the court can be, have become more willing passers. The Celtics finished the season 10th in assist rate, a 15-spot leap from the previous year.

“Being the point guard that I am,” Smart said recently, “I take a lot of pressure off our guys so they don’t have to try to force it as much, so they can be who they are.”

No moment better illustrates Smart’s new approach — and the way it lifts the entire team — than the final seconds of the Celtics’ first win of this year’s playoffs. Down one with 12 seconds remaining, they forced a missed-jumper from Brooklyn Nets star Kevin Durant. Udoka, declining to call a timeout, urged his players to push the ball up the floor.

With 3.5 seconds remaining, Smart caught the ball on the left wing with a defender near him but room to shoot. He pump-faked instead, drove into the lane and found a cutting Tatum, who laid the ball off the glass just before the buzzer.

“We all thought Smart was going to shoot it,” Tatum said after the game. “Going into that dribble, we just kind of made eye contact. He made a great pass.”

Yaron Weitzman is an NBA writer for FOX Sports and the author of Tanking to the Top: The Philadelphia 76ers and the Most Audacious Process in the History of Professional Sports. Follow him on Twitter @YaronWeitzman.

NBA odds: Lines on Lakers’ next coach, from Darvin Ham to Phil Jackson 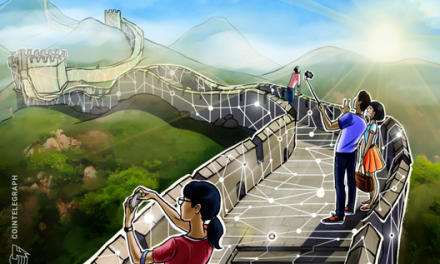 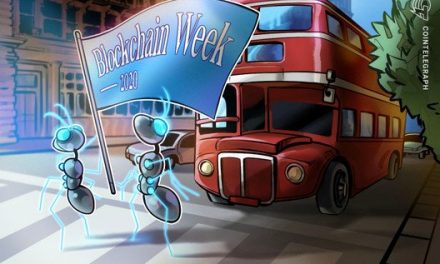 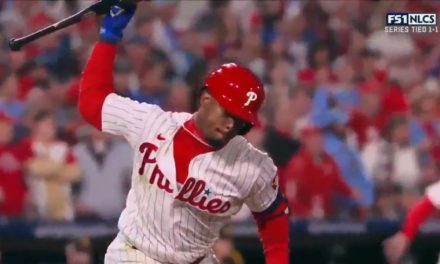