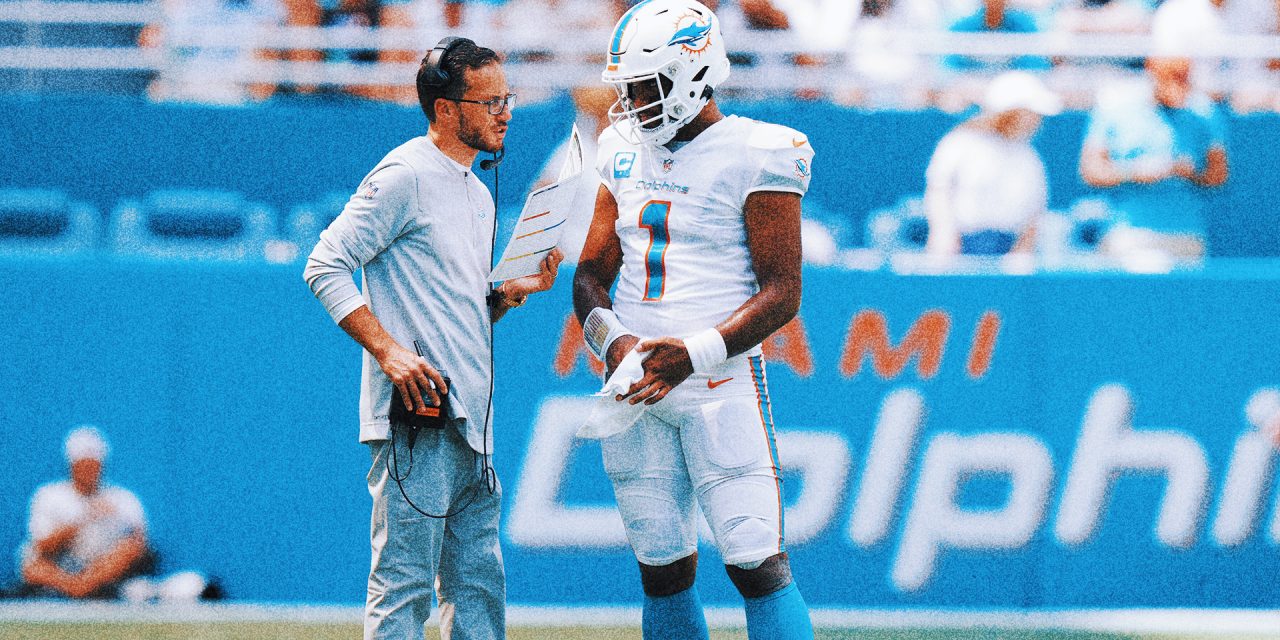 , As electric as Miami’s offense looked on Sunday, Mike McDaniel can build a juggernaut with some tweaks, writes Henry McKenna.,

In a wild start to the 2022 NFL season, the Miami Dolphins might have put together the most stunning 16 minutes of football so far.

Starting in the final minute of the third quarter on Sunday, Miami went on a 28-3 run to beat the Baltimore Ravens by a score of 42-38. Tua Tagovailoa looked like the accurate and aggressive signal-caller the Dolphins’ offense needed.

Even with that superlative display, there’s reason to believe the Dolphins will get even better. They’ll have to adapt and improve. Or else.

It’s like New York Jets coach Robert Saleh told me during training camp this year: “To survive, you’ve got to evolve.”

The Dolphins came back from 21 points down to defeat Lamar Jackson and the Ravens in Week 2. Tua Tagovailoa finished with 469 passing yards and six touchdowns. Joy Taylor breaks down how Miami impressed her.

Dolphins coach Mike McDaniel and Tua both know it. It’s terrific that they’re already getting excellent production out of stars Tyreek Hill and Jaylen Waddle, who each scored two touchdowns and had more than 100 yards receiving. It’s also terrific that McDaniel is already seemingly thinking about how he can get more players involved.

“Part of good offense is utilizing all five eligibles on the field,” McDaniel said Monday. “Defenses are too good in the National Football League that if you’re a one- or two-trick pony, eventually they can dictate the terms and render you a lot less effective. So each and every game, you’re trying to distribute the ball to your playmakers, and we have a lot of them.”

No one is better at exposing one-trick ponies than Bill Belichick, whose Patriots are likely to compete with Miami for the second spot in the AFC East and, in turn, a wild-card spot in the playoffs. But Belichick is hardly the only defensive mastermind in the division. The Buffalo Bills, Miami’s opponent on Sunday, feature one of the most schematically impressive and talented defenses in the NFL under coach Sean McDermott and defensive coordinator Leslie Frazier. Their defensive linemen are positionless and they rotate eight talented players along the line.

The Dolphins may not see many defenses that can cover both of their receivers all the time. But there are other ways to disrupt a passing offense without shutting down the receivers downfield. The Bills’ pass rush is a prime example. And if they can pin their ears back without worrying about the Dolphins running the football, the defensive linemen have a major advantage.

As electric as McDaniel’s offense has looked, it can probably look better, partially through a balance of run and pass — in Week 2, Miami had 18 rushes and 50 pass attempts — and partially through the increased utilization of other pass-catchers.

There will be weeks when Hill and Waddle are open all the time. But in the weeks when the Dolphins fall out of sync with those two receivers, they will have to work their offense through players not named Hill or Waddle.

The first order of business will be to avoid falling behind 35-14.

“We talk about embracing adversity as an opportunity, but I think that was a little too much adversity. I don’t think we want that much adversity,” Tagovailoa said Wednesday.

If the Dolphins are leading or playing from a smaller deficit, they can make better use of their ground game. While the Dolphins’ offense is second in DVOA, an advanced statistic measuring efficiency, their rushing attack ranks 12th in DVOA. That’s fine in terms of rankings. But the rushing offense has negative DVOA (-.9%), which means it’s detracting from the offense.

One part of it could be that they need stronger play from the offensive line. Tackle Terron Armstead is dealing with a toe injury. There’s a chance that will improve and he’ll help them get more push off the left side. Connor Williams is getting experience at center after playing guard for his entire NFL career. That’s a work in progress, particularly as he gets accustomed to snapping in shotgun. He is also in charge of helping set protections before the snap, a new duty for him. That should get better, too. And the entire offensive line is learning McDaniel’s outside zone scheme, which sometimes takes years — not months — to optimize.

It will also be interesting to see how running backs Chase Edmonds and Raheem Mostert evolve as a two-headed attack for Miami. They’ve split carries and snaps fairly evenly so far this season, with Mostert getting 64 snaps, 16 rushes and four catches for a solid offensive grade of 68.9, per PFF. Edmonds has 74 snaps, 17 rushes and five catches for a 60.2 grade. Edmonds had a more prominent role in Week 1, which led McDaniel to say postgame that he wished he’d made more use of Mostert, who then had a more prominent role in Week 2.

Edmonds, however, was the one who had the longest run in Week 2. And it was a play that represented how the Dolphins can subvert defensive attention to generate big plays with help from Hill and Waddle — but by giving the ball to other players.

On the Dolphins’ final rushing attempt of the game, a 28-yard run by Edmonds, McDaniel used motion to draw the defense out of position, in part because the defenders were so focused on Hill and Waddle and in part because they were trying to account for tight end Mike Gesicki. The motion also led defenders to believe a pass was coming, because Miami showed that look multiple times before in the game.

“We’ve been running a certain play and just dish it out to guys [as a pass],” Tagovailoa said Wednesday. “That motion helped get guys to move out of their gaps, and Chase was able to run and get a tremendous amount of yards. I would say that’s kind of how we look at plays complementing other plays.”

Here’s a look at the play with humans — rather than dots.

It’s good work from McDaniel. It’s the kind of smart playcalling and play-designing that will benefit the Dolphins’ offense. McDaniel spent one season as an offensive coordinator before jumping into this role as a head coach. As he gets to know his offense, he’ll improve at setting his players up for success.

Of course, defenses are doing the exact same things, in terms of developing their players and tailoring their scheme and playcalls around those players. So it’s just a matter of McDaniel developing at a more rapid rate — and developing plays to get the ball into the hands of his full gamut of skill players.

This isn’t to say that Gesicki or Edmonds should suddenly become the focal point of the offense.

“This thing isn’t about me; it’s about the team,” Gesicki said. “We’ve got two all-world receivers out there. To this point, it hasn’t drawn the attention from defenses that you would anticipate.”

The Dolphins have clearly identified their strength: Hill and Waddle, an explosive set of receivers. They can lean into that. But they also have the tools to build a more complementary offense that highlights the strengths of Gesicki, receiver Cedrick Wilson and the running backs.

In the first two weeks, the Dolphins had an extremely high variance of DVOA, meaning that they haven’t been consistently efficient. They were off the charts in Week 2 and solid in Week 1. They’re obviously not going to score 42 points every week, but if the Dolphins want to play at a higher level on average — and limit that variance — they will need to make better use of all their playmakers. And that will include running the ball at a higher volume.

Get more from Miami Dolphins Follow your favorites to get information about games, news and more. 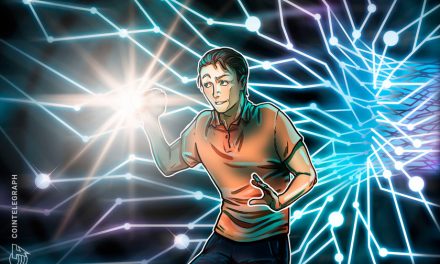 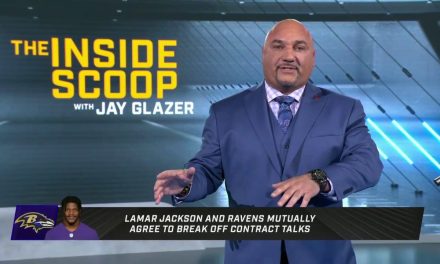 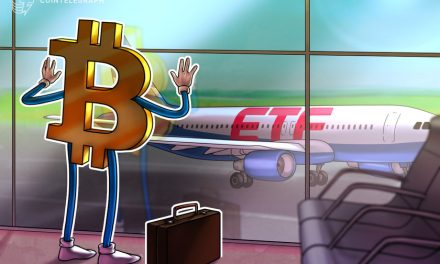