‘I didn’t want to just be another guy’: Inside Lauri Markkanen’s star turn in Utah 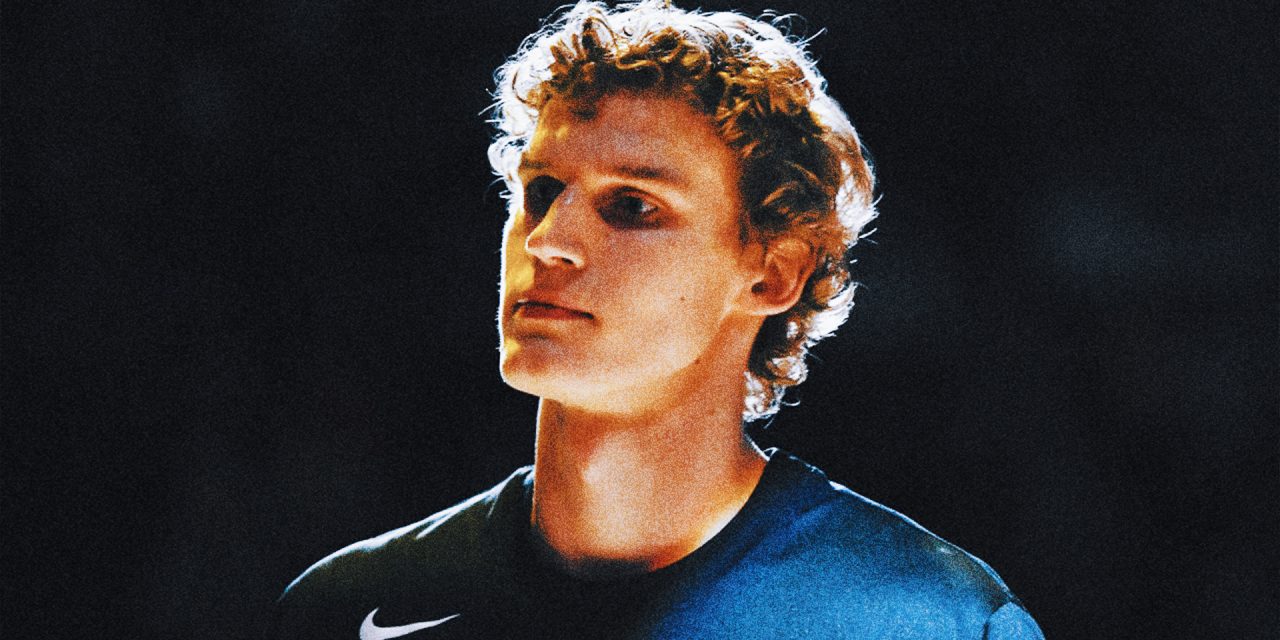 , Lauri Markkanen seemingly transcended the confines of being a role player overnight, transforming into one of this season’s biggest surprises. And it started with a trade to the Utah Jazz.,

Lauri Markkanen took off his baseball cap as he sat down for a recent postgame news conference. He then shook out his curly blonde hair as though he was in a shampoo commercial.

“Which is better?” he asked reporters, putting the cap back on his head. “Better like this?”

Markkanen isn’t used to this newfound level of fame. He seeks styling advice from writers. He smiles widely when approached for an exclusive interview. And after being asked a question about his personal success, he worries whether he gave his teammates enough credit.

“I mentioned my teammates, yeah?” he asks, after talking about them for much of his response.

The 25-year-old forward is having a breakout season for the Utah Jazz, a team projected to be in the next lottery, but instead a half-game out of first place in the Western Conference at 12-8. Markkanen is their clear top player, a guy who has seemingly transcended the confines of being a role player overnight, transforming into one of this season’s biggest surprises.

Now, he could even be in the running to be an All-Star, something he has long dreamed about but had always seemed more of a fantasy than a possibility until recently.

“When I got into the league, I didn’t want to just be another guy,” Markkanen told FOX Sports this week. “I wanted to be an All-Star.”

This season, the 6-11 forward has evolved into a guy who can do it all. He has the speed and agility of someone much smaller. He has the shooting range of a guard. When big guys defend him, he blows past them. When smaller guys pick him up, he uses his height to shoot over them.

Markkanen has seemingly been unlocked, something he attributes to a combination of having the right coach, playing alongside teammates who believe in him, and entering this season in top shape after playing for Finland at the EuroBasket this summer.

First-year coach Will Hardy knew he wanted to do something different with Markkanen after watching him play for his home country.

“They used him as a ball-handler, they put him in isolation, they used him as a screener, they moved him around off the ball — and so really, the thing I learned from that is don’t put him in a box,” Hardy said. “Be willing to live with a few mistakes here and there. And just live with the fact that he’s a really, really good player, and his size and athleticism and skill is a rare combination.”

Hardy has allowed Markkanen to play without rules. He has given him the freedom to rely on his instincts, unshackling him from the boundaries of positions and roles.

For Markkanen, that has changed everything.

“It’s just been fun to be with this group of guys, with this staff that we have,” Markkanen said. “It’s been fun every night that we go out there. And I think that’s when you play your best, when you’re having fun.”

Markkanen’s first couple of years in the league went differently.

After he was selected by the Chicago Bulls with the seventh overall pick in the 2017 draft, he was expected to develop into the type of player he has now become. But he fell short of those expectations during his four seasons there.

Markkanen reportedly grew unhappy with his limited role under former Bulls coach Jim Boylen and felt as though he had been stripped of his midrange game. Even after Billy Donovan took over, Markkanen apparently wanted a change and was eventually sent to Cleveland as part of a three-way trade.

When he reflects on that time, Markkanen takes responsibility for things not panning out as hoped.

“Of course I wish it would’ve worked out there,” Markkanen said. ” … It’s a great city, a great place to play basketball. But unfortunately, it didn’t work out. I think there were a lot of reasons.

“I always look in the mirror at myself. I wasn’t the player I am today when I was a 20-year-old. As a person, I think you grow up and you see things differently. You approach the game differently. And I think game-wise, I’m better physically, I’ve seen different stuff. I know how to read different coverages better. It just didn’t work out there.”

Following his time with the Bulls, Markkanen spent one season in Cleveland. The Cavaliers then dealt Markkanen, Collin Sexton and a slew of draft picks to the Jazz in exchange for three-time All-Star Donovan Mitchell in September.

The Jazz was expected to be in full rebuild mode this season without the services of Mitchell and three-time Defensive Player of the Year Rudy Gobert (whom they traded in July). Looking at the roster, there wasn’t much to herald heading into this season.

The narrative: Markkanen was just a decent role player. Mike Conley Jr. was past his prime. Jordan Clarkson was apparently so under-the-radar that a Utah news reporter infamously mistook him for a fan last season, asking the former Sixth Man of the Year in a television interview, “Did you go to any Jazz games?” And then there was 34-year-old Hardy, who’s so young that he recently acknowledged one of his greatest challenges is making sure players don’t mistake him for a friend.

But somehow, this has all worked so far.

Markkanen said the players saw this coming from Day 1 of training camp. While sitting in the locker room, they were looking at each other and came to the same conclusion: “We have great players and I think we can surprise a lot of people,” Markkanen said.

Markkanen has led that charge.

He recently dazzled with a 37-point performance against the Phoenix Suns, going 15-for-18 from the field. And against the Los Angeles Clippers on Monday, he had 25 points and 10 rebounds while helping hold Kawhi Leonard to eight points on 4-for-11 shooting.

“He’s getting a lot better, getting a lot of opportunity over there,” Leonard said of Markkanen. “But, I mean, it’s up to him what he wants to be.”

Markkanen knows he still has a long way to go.

When asked where he can improve, he quickly lists off a number of areas, including his perimeter game, decision-making, ball-handling, shooting and defense.

That being said, he also readily acknowledges how much his game has grown. He believes the biggest difference for him heading into this season was his fitness. “I’m in the best shape of my life,” he said, crediting his stint with EuroBasket as taking his game to another level.

“You’re with the team, and you’re eating the right way, and it’s nonstop,” he said. “You go multiple days in a row. Like in EuroBasket, we played five games in seven days, and then you move on and play again. It helps your timing.”

From the get-go, Markkanen’s Jazz teammates immediately took notice of his potential. They saw how good he looked. They wanted to give him the ball. They believed in him.

And now he’s thriving, showing the world that a relatively unknown big man playing for a team that had been written off deserves everyone’s attention.

“There’s no doubt in my mind that he should be in the conversation to be an All-Star,” Hardy said. “The way that he’s played for our group on both ends of the court, I think the film speaks for itself. I know we haven’t been on national TV this year, but I think people are starting to pay attention to him and how he’s playing and rightfully so.”

For Markkanen, his newfound success has been a dream come true. Now, things have finally come together for him. And he hopes this is just the beginning of what’s to come.

“I’m doing everything in my power to perform to the best of my abilities on the floor,” he said. “And we’ll see where that takes me.”

Melissa Rohlin is an NBA writer for FOX Sports. She previously covered the league for Sports Illustrated, the Los Angeles Times, the Bay Area News Group and the San Antonio Express-News. Follow her on Twitter @melissarohlin.

in this topic
Melissa Rohlin

NBA Stock Watch: Anthony Davis is back, plus the Kings are finally fun again

Kyrie Irving is back on the court, but off it, aftershocks are still very real 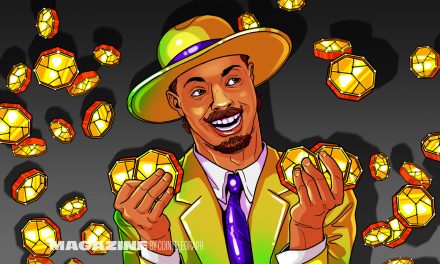 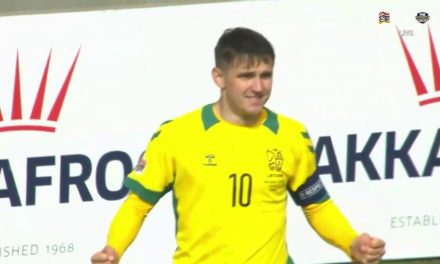 Fedor Chernykh converts in the sixth minute for Lithuania, 1-0, 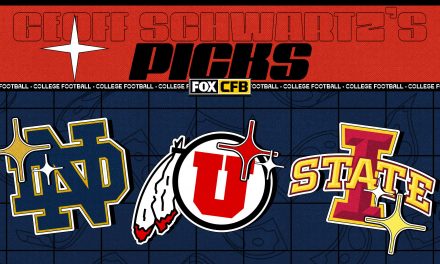 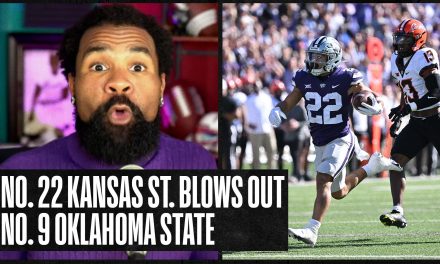 No. 22 Kansas St. blows out No. 9 Oklahoma State Number One College Football Show