Is the end near? Cuonzo Martin will take any answer in stride

The question has been simmering under the surface of this Missouri basketball season for quite a while now. Whether it’s been there since an 80-66 loss to UMKC in the second game of the season or losses to Kansas, Illinois and Kentucky by a combined 89 points in a span of 18 days, or maybe even a little more recently is up to each person. But it’s been there: Will Cuonzo Martin come back next season for his sixth year as Missouri’s head coach?

There’s a natural rhythm to a season. Fans have wanted that question asked for a long time now. I asked it of Athletic Director Desiree-Reed Francois a couple of weeks ago, but following a 79-69 win over Georgia that ended Missouri’s regular season, the time had come to pose it to Martin himself. Does he expect to be back or was Saturday’s game the last one he’ll coach in Mizzou Arena?

GET THE INSIDE SCOOP WITH YOUR PREMIUM SUBSCRIPTION!

Some will say that’s a lie. More will say it’s evidence Martin is on his way out as Missouri’s coach and knows it. But if you’ve been around him over the last few years, you know it’s neither one. That’s who Cuonzo Martin is and that’s how he approaches coaching and his future in it. Coaching basketball is his what he does, it’s not who he is.

“If you’re talking about my future, I know who holds my future,” Martin said. “That’s the difference. We tend to lose sight of that part. Only thing you can do to hurt me in life, because it’s life and I talk to our guys about everything, is if you take my wife from me, if you take my children from me. Now that’s pain. This is what we do. This is what I do. “

Cuonzo Martin grew up in an East St. Louis neighborhood called “The Hole” as the son of a single mother. He wasn’t really supposed to make it out because a lot of people don’t make it out. But he did. He averaged 5.8 points and 3.3 rebounds as a freshman and didn’t make a single three-point shot in his first two seasons at Purdue. By his senior season he was averaging 18 points and shooting 47% from three-point range, had made an all-NCAA Regional team on a team that reached the Elite Eight and been named first-team all-Big Ten. A few years later, he beat cancer. He’s now been a Division One head coach for 14 seasons.

“I’m not big on cliches and quotes and saying all that,” Martin said. “Even in a loss, I’m winning because I learn from it.

Martin was talking about basketball games, but he could just as well have been talking about life. He’s won a lot more than he’s lost in both. And he truly isn’t consumed, whether you believe it or not, with whether Wednesday night will be the last game he coaches at Missouri.

Some reading will probably take offense to that. How can he not be consumed with winning? How can he not care as much as you do? It’s not that he isn’t competitive. Nobody reaches the level Martin has as a player or a coach without being competitive. He wants to win games. He just has a perspective that many in his profession lack.

“I try to win at everything I do,” Martin said. “Its hard on me as a competitor but all the other stuff is not hard on me.”

Martin reminded the media multiple times in his post-game press conference that he doesn’t read anything that’s written about him or his team. It wasn’t said spitefully, it’s just a fact. He did spend some time talking about some of the positives he’s seen, like Trevon Brazile’s progression, Kevin Puryear’s successful post-basketball career and Javon Pickett’s engineering degree and strong offensive performance in conference play. Maybe it was lobbying for his job. Maybe it was just pointing out that even in a season that has been disappointing at best and disastrous at worst, there are things he has seen that he believes offer rays of hope.

“It’s easy to write about a loss and you let it pile up,” Martin said. “I know you’ve got to get people to click on it when you say certain things that they like to hear. Because nobody likes to hear about good stuff. That’s just our world.”

The upshot is that Martin’s future–at least at Missouri–is going to be decided in the next ten days or so. Many have made up their minds on that verdict. If Missouri has, the decision makers are doing a good job keeping it quiet. If Martin knows, he’s not letting on. It’s not that he doesn’t care if he’s coming back; it’s simply that he is content with what he has already done. He’s made it further in basketball and life than he was ever supposed to. If this is where the road ends, he’ll find another road.

“I’m writing a tremendous book,” he said. “It’ll be a best seller when it’s all said and done.”

We just don’t yet know what the next chapter will be.

Apple’s latest AirPods Pro are back down to $199

Nate Peat coming back to Columbia via the portal 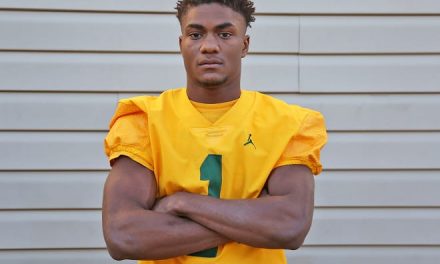