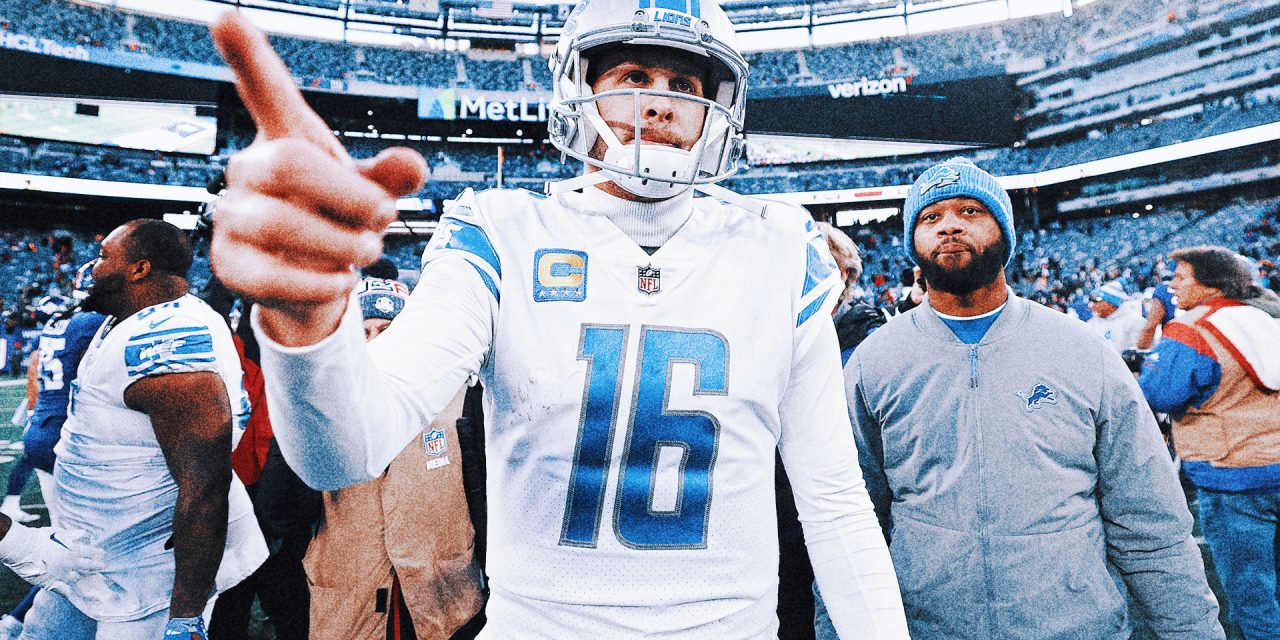 , The Lions are playing their best football of the season, the Vikings look to get back on track, and when might Justin Fields return?,

The kings of the NFC North were knocked down a peg in Week 11 after the Minnesota Vikings suffered an absolute beat down at home by a resurgent Dallas Cowboys team. It was a 40-3 drubbing where nothing at all went right for the purple and gold.

Meanwhile, the Detroit Lions, once in the basement of the division, now own the largest win streak in the entire conference after knocking off their third-straight opponent. They’ve now yielded the basement to the Chicago Bears, who are at 3-6 and might have reached a breaking point with their young, budding quarterback.

Here’s more from what went on around the division in Week 11:

It’s a game of threes for the Detroit Lions.

The 4-6 Lions have the longest win streak in the NFC, including a convincing victory on Sunday in the Meadowlands against the New York Giants. And the threes don’t stop there.

Even though the legitimacy of the Giants’ success was still a question, they were favored over the Lions by three points according to Vegas odds. I don’t think anyone expected what was to come — even after the first quarter. The score was 6-3 heading into the second, with New York holding a three-point lead thanks to a touchdown and blocked extra point. It looked like it was going to be one of those games, until Lions’ running back Jamaal Williams busted things wide open.

Williams scored not one, not two, but three rushing touchdowns in just 10 minutes of game clock, and with 10 minutes to go in the third quarter, Detroit held a commanding 24-6 lead.

Defensively, the Lions forced three takeaways, winning the turnover margin 3-0 as a result. Defensive end Aidan Hutchinson had his second pick in three games after never catching an interception before in his career, even in college. Rookie safety Kerby Joseph had the team’s other pick and now has three on the season. And according to the team, the last time Lions rookies have combined for at least five interceptions in a season was in 1986, with safety Devon Mitchell recording them all himself.

The Giants had won five of their last six games, and at 7-2 and had one of the best records in the NFC coming into the game. The Lions had just climbed out of the cellar of the NFC North behind two-straight wins over division opponents after starting the season 1-6. Detroit will be hosting the Buffalo Bills for Thanksgiving this year, which could put an end to their string of success. But after that, they’ll face the Jaguars, Vikings, Jets and Panthers.

And they’ve put Jameson Williams, their potential star rookie draft pick, into the three-week designated to return window. Williams returned to practice this week but could need the full 21 days to acclimate before he plays.

“I think it’s just let’s see where he’s at because really the rehab that he’s done now that even though this is technically not practice if you will, it’s more walkthrough mode,” said head coach Dan Campbell on Monday. “But the things that he’ll do starting today out there live are much more football oriented. So, I think we — we’ll just see where he can go and see how fast he can get there.”

Though he only finished with three receptions for 33 yards (which was still a whopping 18% of the team’s total yards on the day), Justin Jefferson continues to set records left and right. He now holds the Vikings’ franchise record for most receiving yards through a player’s first 10 games in a season with 1,093.

But it was a down day for the Vikings’ franchise player in an even worse game. The Vikings scored a field goal on their first possession of their game against the Cowboys. They didn’t score again.

“It’s tough with Kirk (Cousins) getting sacked before you’re even getting out of the break,” Jefferson said on Monday. “It’s definitely being in a tough situation, but we’ve just got to move toward more quick game, getting the ball out quicker, putting the ball in space and letting people work, just things we need to adjust on just throughout the game.

“If things are not working out the way we planned, then we need to find a way to adjust and go toward something that will work better for us. We just can’t continue to keep doing the same thing throughout the game even though it’s not working. But we’ve got to be better as a whole team. It’s good because we have a chance to do that in three days.”

The Dallas Cowboys had their biggest road win in franchise history, beating the Minnesota Vikings 40-3. Skip Bayless reacts to the Cowboys’ big win against Kirk Cousins.

The Vikings play the Patriots on Thanksgiving at their place. It’s a primetime matchup and a chance for Minnesota to get back in the good graces of an already skeptical national audience, and perhaps more so, their own fans. It bears repeating that the success the 8-2 Vikings have already had was far from expected.  They have an entirely new staff, on both sides of the organization, and therefore have implemented a new system with more than a few new players.

“I mean of course I wish we had adjusted faster throughout the game,” Jefferson continued. “Getting the ball out quicker, not letting Micah Parsons and the rest of that D-line get a chance to get back there to Kirk. So it’s just things we need to learn from. This is a new team. This is a new coaching staff. We have new players on this team. We’re all still learning each other. We’re still all learning how to play with each other.”

Bears quarterback Justin Fields was hurting toward the end of Chicago’s loss to the Atlanta Falcons on Sunday. The reason why was multiple. He was dealing with cramps throughout the fourth quarter. He had suffered an injury to his non-throwing shoulder sometime during the Bears’ final drive. Not least of all, he was exhausted. He ran for a season-high 18 rushes.

Fields is at a breaking point.

Head coach Matt Eberflus met with the media on Monday following the game in which Fields was carted off afterward to get X-rays and be evaluated by a doctor. Eberflus said the results weren’t yet in when he talked to reporters immediately after the game. On Monday, citing competitive advantage reasons, he didn’t elaborate much further on Fields’ condition.

“Obviously, you guys know the injury report comes out Wednesday and right now it’s day-to-day,” Eberflus said. “We’ll see where he is on Wednesday. So, we’ve got time, we’ll see where it is and go from there.”

But when pressed on if Fields’ injury could span the gamut all the way to season-ending, while Eberflus didn’t elaborate, he didn’t rule it out, either.

“We have not ruled that out at this point,” Eberflus said. “We’ll see where it is on Wednesday.”

Fields took nine hits in Sunday’s game — and that’s just what showed up on the stat sheet. It’s more given those 18 aforementioned rushes. Most of them were designed runs, as opposed to scrambles, as well. And while the Bears’ offense is infinitely more productive running this type of offense where Fields shoulders most of the load, it’s not sustainable. They need to develop him more as a passer, if not for his development, than for his safety.

Chicago likely knows the plan for Fields moving forward. Two days isn’t likely to change a decision like that. They have the New York Jets in New Jersey on Sunday, against a team that has its own question mark under center after head coach Robert Saleh told reporters they weren’t committing to Zach Wilson as their starter on Monday.

It looks like both teams will be forcing the other into preparing for multiple scenarios. 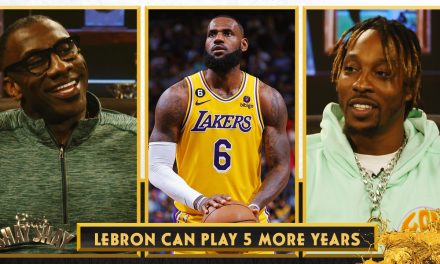 Chinese Homecoming — Crypto Companies Make Their Way Back to Asia 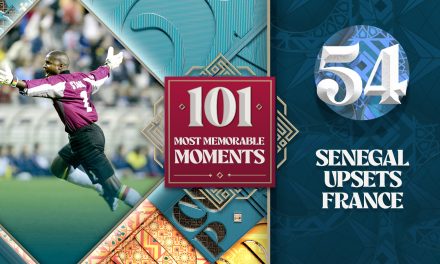