ST. LOUIS — A Cardinals team delighted to add longtime franchise favorite Matt Holliday as its bench coach in November had to replace him on Thursday following his resignation.

Holliday, who will turn 43 on Sunday, recently informed the club that he preferred to remain in his native Stillwater, Okla., with his family instead of devoting himself fully to the rigors of an MLB season, a team official said on Thursday. Holliday — who starred for the Cardinals as a player from 2009-16, won a World Series with St. Louis in ’11 and was inducted into the franchise’s Hall of Fame last August — was hired as bench coach in November to replace Skip Schumaker, who became the manager of the Marlins.

Joe McEwing, who starred briefly with the Cardinals in 1998-99 and was dubbed “Super Joe” by the fan base, was hired to replace Holliday, the team announced. McEwing, 50, spent the past 15 seasons coaching in the White Sox organization, most recently as the third-base coach from 2021-22 after serving as bench coach from ’17-20.

McEwing was 6-5 in his brief time filling in as an MLB manager. McEwing was inducted into the Irish American Hall of Fame in New York in 2013.

“Matt stepped down for family reasons, which we understand,” said president of baseball operations John Mozeliak, who is spending his Thursday going through contract negotiations with many of the team’s nine arbitration-eligible players prior to Friday’s deadline. “We are excited to have Joe join us, and with his experience and history with the Cardinals, this makes for an ideal fit. Matt is a loss, but we are thrilled to be able to hire Joe, especially in this time of year.”

As recently as November, Holliday discussed the emotional tug he felt in wanting to spend time with his family and his desires to return to Major League Baseball, where he starred from 2004-18 with the Rockies, A’s, Cardinals and Yankees. Even after committing to return to St. Louis as the Cards’ new bench coach, Holliday admitted that it would be difficult spending time away from his family. His oldest son, Jackson, was the first pick in the ’22 MLB Draft by the Orioles and is ranked as the No. 13 overall prospect by MLB Pipeline. His other sons, Ethan and Reed, are already top baseball prospects. Holliday and his wife, Leslee, also have one daughter, 14-year-old Gracyn.

“Obviously, with my kids, I wanted to be home and around them as much as possible — and I still do — but this was an opportunity that I wanted to pursue, and it’s an opportunity that I couldn’t pass up,” Holliday said in November upon accepting the bench-coach job. “[Manager Oliver Marmol] and [Mozeliak] reached out and gauged my interest, and you just never know how often this type of job is going to come up. I just really felt like it was time to give this opportunity a chance.”

Holliday, who worked previously as the hitting coach at Oklahoma State University, talked often with Schumaker — a former Cardinals teammate — about the responsibilities as a bench coach. In December, Schumaker joked at MLB’s Winter Meetings that Holliday needed to be ready to manage the team because of Marmol’s propensity for getting ejected from games after arguing balls and strikes.

In addition to hiring McEwing, the Cardinals announced that Daniel Nicolaisen will be added to the MLB coaching staff as a third hitting coach behind Turner Ward and assistant Brandon Allen. Patrick “Packy” Elkins, who held the title of run production coordinator in 2022, will be responsible for gameday pitching and hitting planning duties in ’23. 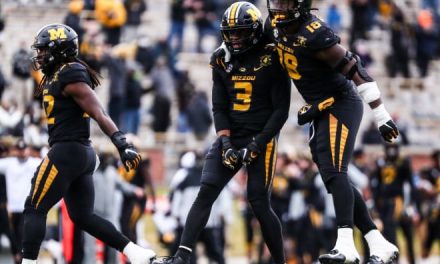