Ben Johnson’s recollection of a moment of viral fame is different from most.

The Triple-A Memphis skipper was standing in the third-base coach’s box when Delvin P?rez took a home run trot about 300 feet, right past him around third. For most, the trot was memorable because the ball had landed in the left fielder’s glove about 20 seconds before P?rez realized it didn’t leave the yard.

But Johnson’s memory of that late-season blooper featured another player on his club: Mois?s G?mez. That prospect had taken similar trots – and finished them – more than anyone else in the Minors in 2022.

“I can see [Mois?s’] face right now with his hands on his head when Delvin rounded third,” Johnson recalled. “That stands out to me. That mental picture of it. … That big smile on his face.”

The highest-rated tool the Cardinals’ No. 30 prospect possesses is his 60-grade raw power. The ability to hit the ball hard, often over the fence, remains the headlining characteristic in G?mez’s scouting report. And for good reason. The 24-year-old was the Joe Bauman Award winner after leading the Minors with 39 homers between Memphis and Double-A Springfield.

While those closest to G?mez acknowledge his game-changing power, there’s another trait they’re always quick to mention first.

“He always had a smile in whatever he was doing,” said Ronnie Blanco, the assistant director of international operations for the Rays and one of the scouts who signed a 16-year-old G?mez in Venezuela in 2015. “He’s one of those guys that you’re rooting for, wherever he is, because of the quality of the person.”

“Everybody will remember, no matter what team Mois?s G?mez plays on, his smile,” said Jeff Smith, G?mez’s manager at Class A Advanced Charlotte in 2019. “His smile and his passion for baseball is just infectious.”

This past season, his first in the Cardinals’ system, G?mez was all smiles.

“It was a really good year. And I’m really happy with the results,” G?mez said over the phone through MLB.com interpreter Marino Panchano. “But now it’s time to focus on being more consistent and keep improving.”

G?mez said he implemented some mechanical tweaks to his swing that yielded tremendous results in 2022. He eliminated a high leg kick in his stride and slowed down his hands in his load to discern fastballs from off-speed pitches more quickly. He also worked to be shorter and more direct to the ball in his swing.

The transformation happened almost immediately for G?mez in Springfield. He was the best hitter in the Texas League – and probably the hottest in the professional ranks – throughout the month of April, and it wasn’t particularly close. His first three hits left the yard, and, through his first 21 games of the season, G?mez batted .413 with 14 homers, 29 RBIs and a 1.480 OPS. Since 2005, the start of Minor League record-keeping, no player had hit more than 12 homers in the first month of the season.

His early breakout even caught the eye of those in his former organization.

“Everybody followed him in a sense … he had that one stretch where it seemed like he got the 22 homers in like three games,” Smith recalled. “Every time you turned [to] the box score or something, he was hitting a home run. Such a likable player, plays the game hard. … You’re gonna follow him all the time.”

G?mez didn’t stay on the same tear as the season progressed, but the numbers were still very impressive once he evened out. He left Springfield with a .321 average and 1.106 OPS with 23 homers and 54 RBIs in 60 games and was promoted to Memphis on June 28.

“You could kind of see how Mois?s was trending throughout the course of the year, you assume that the promotion is coming sooner than later,” Johnson said. “I’m a big believer in routine … his routine is right where it needs to be to repeat his A-swing. I found how convicted he was with his routine. Like, there was nobody, there was no one that was gonna get in the way.”

An entertaining home run race ensued throughout the season with Cubs prospects Alexander Canario and Matt Mervis and Hunter Goodman (Rockies) finishing just behind G?mez. From early April on, G?mez remained near the top of the leaderboard, but he also wrestled with Matt Gorski (Pirates), Kerry Carpenter (Tigers), Nicholas Northcut (Red Sox, later traded to the Reds) and Jhonkensy Noel (Guardians) for the No. 1 spot. He outlasted the competition by belting six homers over his final 11 games.

“I wasn’t really focused on anyone else,” G?mez said. “I was focusing on making contact, and with that the home runs would come.”

The excellent season earned him a spot on the Cardinals’ 40-man roster in November – a little more than a year after they first agreed to a Minor League contract. He’s played some Winter Ball in Puerto Rico and Venezuela and should have a legitimate shot at St. Louis’ Opening Day roster this spring.

“Everybody works at different timetables,” Cardinals director of player development Gary LaRocque told MiLB.com last month. “Some players mature at different moments. And once he started and had that level of confidence, then he just kept going. It’s a real credit to him, to his work ethic.”

G?mez’s path to the Cardinals came after a mostly successful run in the Rays system that had an unhappy ending. He hit the open market last year as the result of unique restrictions in the Venezuelan Winter League and a down year in Double-A Montgomery.

That season was his first at the Double-A level, but it was the second consecutive year in which he struggled. G?mez’s debut with Class A Advanced Charlotte in the Florida State League in 2019 introduced him to a lot of larger ballparks, more frequent off-speed pitches and more advanced scouting by the competition.

“A lot of [pitchers], once they found a weakness, they just were relentless in attacking that weakness,” said Smith, who spent the past two seasons managing High-A Bowling Green.

In the two difficult seasons that bookended the pandemic, G?mez hit .201 with 279 strikeouts in nearly 700 at-bats. Even during these lean times, Blanco pointed out that G?mez never abandoned his work ethic and sunny disposition.

While not fully indicative of his time in the system, those two seasons were evidence of the need for a fresh start and a change of scenery.

The way G?mez explains it, his VWL club, Navegantes del Magallanes, wouldn’t roster anyone under contract with an MLB team last year. But he felt he needed to return home to play Winter Ball and re-establish some of the luster he’d lost in 2021. He was granted his release by the Rays and played in just six games with Magallanes before the Cardinals offered him a deal, quickly ending his season in Venezuela.

“It was definitely a surprise, and it was definitely sooner than I expected,” G?mez said. “I was actually about to travel with the team to play the next game, but I got the call so I had to hop off the bus and go back home.”

Home didn’t look much different to G?mez when he returned stateside. Although he reported to the other side of the Sunshine State by spring, he still trains in Port Charlotte, near the Rays’ facility.

It was the only organization G?mez had ever known. He first signed with the Rays for $40,000 – fairly late for his class in April.

Currently listed at 5-foot-11 and 200 pounds while being described by Johnson as “just bigger than most people on the planet,” G?mez grew up in Guatire, about an hour east of the country’s capital in Caracas. In his hometown he trained at an academy run by former Major Leaguer Juan Rivera and Renny Osuna, who spent six seasons in the Minors but never cracked the big leagues. Osuna grew into an advisory role for G?mez and encouraged him to take the Rays’ offer once he was on the team’s radar.

At the time, Blanco worked as the Rays’ director of operations in Venezuela. The club hosted a simulated game for unsigned prospects at the team’s facility that was attended by a contingent of Tampa Bay brass, including international cross-checker Steve Miller and area scout Juan Castillo, a former big league pitcher.

The Rays’ academy, which is still in use, has all the charm of amateur baseball in the region. It sits about two hours west of Caracas in Valencia, and was built on the campus of a former tire factory with two soccer fields that were converted to baseball diamonds.

During that sim game, G?mez, who was relatively unknown even in the area, hit the ball with authority, ran faster than most and showed an impressive aptitude in the outfield. He was the late bloomer that completed the Rays’ international class.

“[Miller] was attending the workouts and he was really impressed,” Blanco said. “It was like one of those no-brainers that you can’t let the guy go. We were expecting that he was going to be a pleasant surprise at that time.”

G?mez’s pro career began less than two months after he signed. He’s one of the few current Minor Leaguers who can consider themselves alumni of the Venezuelan Summer League.

During that season, the VSL’s last affiliated campaign, the players lived at the complex and were mostly taken care of by the team. They were able to talk to their family on the phone and visit home on occasion. But they were somewhat shielded from what Esteban Gonzalez, the Caracas native and manager of the Rays VSL team in 2015, called, “the real situations that we faced as Venezuelan citizens.”

As a ballplayer, G?mez was a line-drive hitter and potential five-tool superstar during his first pro action. Gonzalez, who managed the Rays’ Florida Complex League team in 2022, mostly remembers the 16-year-old having an impressive work ethic and commitment to his craft. He said G?mez had a disciplined approach but struggled to recognize breaking pitches. Among his few memories of that season, however, one that stood out involved G?mez’s best tool.

“He hit a homer in Alianza, like out of the stadium over there against Detroit,” Gonzalez said. “I mean, it was a monster shot.”

G?mez came stateside but remained in Rookie ball, playing in the Gulf Coast League in 2016 and the Appalachian League in 2017. He didn’t really stand out in his first two seasons of domestic ball, but experienced a significant breakout at Bowling Green, then a Single-A club, in 2018.

His punchout rate from his two down years (35.3 percent) improved in 2022 but remained high (34.7 percent), and he had more total whiffs (174) than during any other season. Given his power production and quality of contact when he gets the bat on the ball, G?mez and the Cardinals will live with some swing-and-miss.

And there is a fair chance that he’ll be able to work through his issues in the Majors in 2023. There are opportunities for outfielders, like G?mez, in St. Louis. He mostly stayed in right field, where his plus arm produced nine outfield assists this season.

But regardless of where he ends up by the end of 2023, his smile is sure to be there. While a club can be bitter about a homegrown player finding success elsewhere, those in the Rays system who worked with G?mez find him to be a difficult player to cheer against.

“You don’t say that about many people, but this guy has a tremendous, tremendous personality,” Blanco said. “We’re rooting for him in whatever colors he’s wearing.”

Gerard Gilberto is a reporter for MiLB.com.

Everything isn’t fixed, but win offers hope Tigers can improve 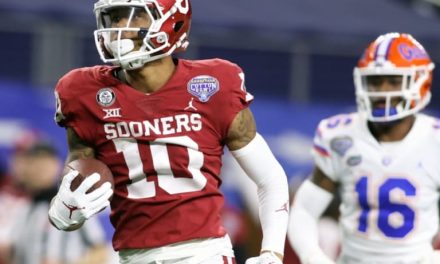 What Just Happened? The Final Chapter