Normally, by this point in fall camp, with the first game of the season less than two weeks away, the Missouri football team would have its depth chart pretty well defined, its starters set. That’s mostly the case now, as the team prepares to kick off Eli Drinkwitz’s second season on Sept. 4.

There’s one glaring exception, however. Speaking to reporters Tuesday, first-year defensive coordinator Steve Wilks said there’s still “very strong competition” at cornerback. As many as six players could still be in the running for the three starting spots in the Tigers’ base defense.

In Wilks’ mind, that’s a good thing. While he may not know who is going to start in the secondary, he believes Missouri can use its cornerback depth to its advantage.

One reason it’s important for Wilks to have a plethora of cornerbacks at his disposal is because he puts three cornerbacks on the field at the same time more often than not. Wilks has long been a proponent of the nickel package, with five defensive backs on the field. In 2018, during his lone season as the head coach of the Arizona Cardinals, Wilks’ defense lined up with an extra defensive back 84 percent of the time, the highest rate in the league, according to Football Outsiders.

Wilks plans to make the nickelback, or slot corner, a fixture of Missouri’s defense, as well. He believes his 4-2-5 base scheme will allow the Tigers to match up better against the more pass-happy, spread offenses that have dominated college football in recent years. And while the fifth defensive back will typically be a third corner, he noted that safety Jaylon Carlies, who made a pair of starts at cornerback last season, can play nickel as well, allowing Wilks to put three safeties on the field together if the situation calls for it.

“Teams are so interchangeable from the standpoint of personnel,” Wilks explained, “and if you can always sit here and stay in your nickel and feel comfortable fitting the run, which I feel like we can with the guys we have in there, … when they try to spread you out and create matchups, we match up well.”

That left Missouri without a single cornerback on its roster who had played more than one season of college football. Throw in the fact that the Tigers weren’t exactly stout against the pass last season, ranking No. 85 nationally in pass defense and tied for 93rd in yards per attempt allowed, and cornerback looked like a potential weakness.

The coaching staff addressed the need by landing a pair of Tulsa graduate transfers in Akayleb Evans and Allie Green IV. Both players opted to follow the lead of new cornerbacks coach Aaron Fletcher, who left the Golden Hurricane for Missouri earlier in the offseason. The two brought coveted experience to the cornerback room; Green started 25 games across four seasons prior to joining the Tigers, while Evans started 23.

Ennis Rakestraw, who started all 10 games as a true freshman last season, said the addition of the two transfers sparked some necessary competition within the position group.

“It just made me get my mind right, with like, I got people who are coming here and can get drafted, so now I gotta show them what I’m capable of, and I just gotta earn their respect,” Rakestraw said.

Evans said the competition pushed him and Green, as well. He acknowledged that it’s been “an adjustment” learning Wilks’ scheme and adapting to the higher level of competition at Missouri, but by all accounts, he and Green will both play regular snaps this season, regardless of whether or not they start.

It’s not just the infusion of new talent that has Wilks optimistic about the cornerback room. Several returning players have reportedly made strides as well. Some of that can be chalked up to coaching; Wilks believes his more zone-heavy coverage scheme will allow the cornerbacks to see the ball better and create more takeaways. But perhaps just as important, several young players who were thrust into action early in their college careers believe they’re better off for the experience.

Ishmael Burdine, who missed virtually all of his first season on campus due to injury, played regular snaps in eight games as a redshirt freshman last year. He admitted Tuesday the season “didn’t go as well as I wanted.” But after studying film from last year, he feels more confident in his ability to match up with SEC-level wideouts, something he lacked a year ago.

“Last year, I was going through things on and off the field, and this year I really was just focusing on what I need to get better at this season, and confidence was one of that,” Burdine said. “And confidence, it comes with repetition and being confident in the work you put in. You can go on the field and compete with anybody that walks in front of you.”

Rakestraw, too, said he was able to take a lot away from his first college season, which he called “rough.” He feels more comfortable now. Then there’s Kris Abrams-Draine, who didn’t play cornerback until the final game of his debut season, when Missouri switched him from wide receiver due to a shortage of defensive backs against Mississippi State. Abrams-Draine impressed the coaching staff enough that they opted to make the position change permanent, and both Wilks and Drinkwitz have praised him in recent days. Wilks said he’s primarily been working at nickelback.

“Kris Abrams-Draine, I think, had an outstanding training camp,” Wilks said. “He’s a guy that has shown a lot of promise in the slot as well. So, KAD is going to be a great asset for us this year.”

Those five players, in addition to Chris Shearin, who is back after opting out of last season, make up the six still competing for starting spots at corner. While having that many viable options might make it more difficult to determine a Week One depth chart, Wilks believes Missouri’s depth will ultimately serve as a strength. For one, the Tigers now have enough reinforcements that an injury at the position (the team has seen plenty of those the past two seasons) shouldn’t be catastrophic. Wilks also noted that having a trustworthy two-deep will allow him to rotate cornerbacks about as often as opponents swap out wide receivers, which will allow the secondary to stay fresh.

Count Rakestraw among those optimistic about the position group. He said he doesn’t care whether he starts. After playing nearly 80 percent of the defensive snaps a season ago, he’s excited to have some extra help.

“I like the way that depth is going to be this year,” Rakestraw said. “That’s a big factor on how we’re going to win some games, where you can roll five corners in the game, not getting tired. Because you know, receivers, they rotate in and out. You’ll get a receiver who runs a full speed fade, and another receiver come in, it’s no talent lost. And that’s how our defense and our secondary is going to be this year.”

Microsoft and Activision Blizzard: the latest news on the acquisition 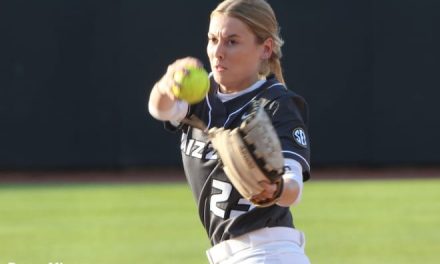 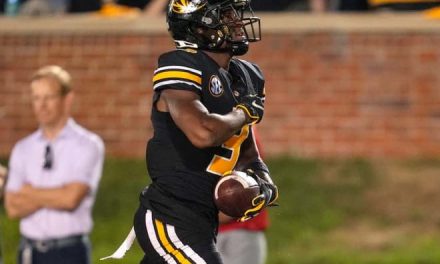 Which prospects have the best tools? We asked MLB execs