Missouri snapped its brief two-game losing streak with a 45-14 win over New Mexico State on Senior Night in week 12 with the lasting images being senior Tigers (5-6) collecting rocks from the big rock-filled “M” that sits behind one of the goal posts at Faurot Field as the clock hit triple zeroes.

“Congratulations to our seniors, those 21 young men that had the opportunity to carry the rock off is one of the great traditions that we have here and I’m really proud of those guys,” Missouri head coach Eli Drinkwitz said. “When we came off the bye week that was out goal ? to make sure the seniors had a chance to carry a rock off the field.”

Wide receiver Barrett Banister probably had the best game of any Mizzou senior. This comes a week after having a career day in Tennessee when he had seven receptions for 74 yards. On Saturday, in his second-to-last home game, Banister tied his career-high in catches and had a career-high 91 yards.

“It’s awesome. Barrett has been a really unselfish player for us,” Drinkwitz said. “He watches other guys go out and get a lot of plays called for them and he just kind of shows up and makes big catches on third downs. He does a lot of things right. So, I’m very appreciative of him.”

Banister eclipsed 100 career receptions and 1,000 career receiving yards earlier in the season and is a semifinal for the Wuerffel Trophy which is an award to celebrate college football players who have had a positive impact on society, and inspire greater service in the world.

At the 9:55 mark in the fourth quarter, Banister took a hard shot on a quick slant and subsequently left the game. Banister along with defensive starters Isaiah McGuire, Kris Abrams-Draine, Joseph Charleston and Ty’Ron Hopper all left the game with injuries and did not return.

The severity of anyone’s injuries is unknown.

DJ Coleman had another solid day with four tackles, two tackles for loss and a sack.

“I think he’s an example of taking advantage of every opportunity,” Drinkwitz said. “His production while on the field has been really good and it has earned him an opportunity to play more.”

A mixed bag of results from Sam Horn and younger players

A lot of people have clamored for some of Missouri’s younger and more experienced guys going to see some playing time.

There were chances versus Louisiana Tech, Kansas State, Abilene Christian and Tennessee, but Drinkwitz kept his starters in from start to finish for most of those games with the exception of senior backup quarterback Jack Abraham sighting at the end of the Abilene Christian game.

The most sought out player all season was four-star true freshman Sam Horn, who made his season debut in the fourth quarter.

He went 0 of 2 passing and had a rush for 10 yards. He made a decent play to Banister that would’ve resulted in a gain of more than 30 yards and Banister’s first career 100-yard receiving day, but an illegal man downfield penalty resulted in that play being nullified.

Horn played one series while Abraham finished the last two series going 1 of 2 for 10 yards.

Running back Tavorus Jones probably saw the most action of any player that hasn’t typically cracked the Tigers rotation this season and seemed to take the snaps that Elijah Young has had in recent weeks. Young lost a fumble last week and didn’t see the field this week. Ironically, Jones had four carries for 12 yards and a reception for 32 yards, but he also lost a fumble.

Throughout the season, defensive backs Daylan Carnell and Jalani Williams have been used sparingly on defense, but their performance caught the eye of Drinkwitz while he said others were disappointing. Carnell had an interception returned for a touchdown which marked the Tigers’ first takeaway since week nine against South Carolina. Williams also got an interception, the first of his career.

“I think it’s a real opportunity for younger players to develop and see what playing in a college football environment is like,” Drinkwitz said. “I thought some of those guys handled it well and some didn’t. Jalani Williams did a great job when Joseph (Charleston) went down. He played pretty much the rest of the game (from the second quarter onward), and Daylan Carnell did a nice job and so did Jalen Marshall. Carnell is a guy that’s always around the ball and his production is really good.”

Max Whisner and Xavier Simmons saw their first action of the season on special teams. Marshall, Tyler Jones and Marquis Gracial saw some defensive snaps with less than six minutes to go in regulation. Marshall and Gracial each had a tackle while Jones had a pass deflection.

After a historically bad performance in Knoxville last week, the Tigers’ defense looked more like themselves in week 12. The Tigers held New Mexico State to 14 points, five below its season average, and 259 total yards.

“I thought they played okay. I didn’t think it was as clean as we wanted it to be,” Drinkwitz said. There’s a lot of things that got to get cleaned up by Friday.”

Mizzou did get two sacks and seven tackles for loss.

This was Burden’s third game that he produced multiple touchdowns in and he now has eight for his rookie campaign.

“When I get the ball I’m just trying to score and put points on the board,” Burden said.

Burden said that he believes he could’ve been doing more this season, but that he’s okay with the eight touchdowns. He said his blocking has gotten better than it was to start the season and that along with maturity is probably the reason for his increase in snaps the last few games.

Burden shares hotel rooms with senior wide receivers Tauskie Dove and Banister during game weeks and he credits both of them for helping him become more professional off the field.

“It was really important for me to get them the guys the rock (after the game) because they took me under their wing when I first got here,” Burden said. “They mainly helped me with carrying myself and being in a leadership role. When they’re gone I’m going to have to step up next year and take control.”

Tigers pass and steal their way to a sixth straight win

The Pre-Game Call: Texas A 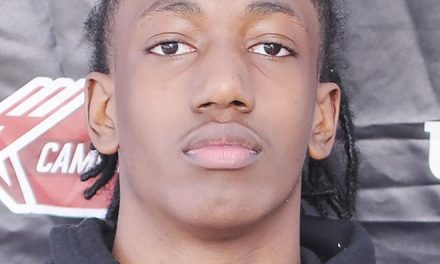