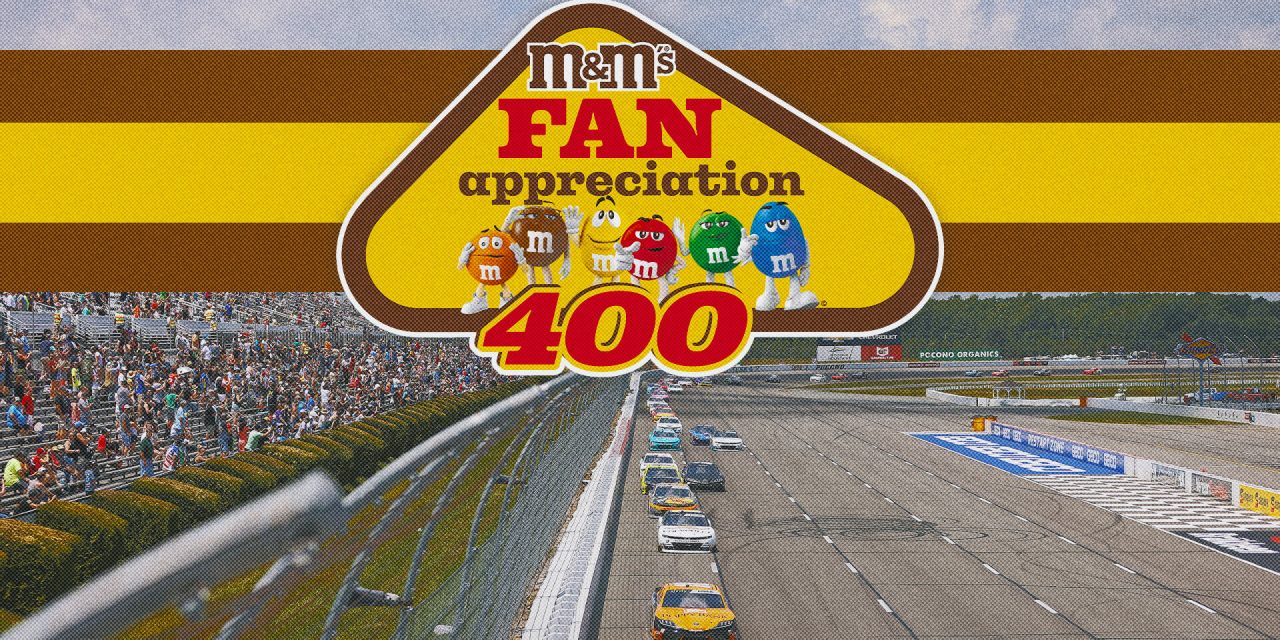 Hamlin picked up his third win of the season en route to becoming the all-time winningest driver in Pocono Raceway history with seven wins, which broke a tie he held with NASCAR Hall of Famer Jeff Gordon. Hamlin now ties Tony Stewart for 15th on NASCAR’s all-time wins list.

Also Sunday, Ty Gibbs made his Cup debut as an injury fill-in for Kurt Busch.

Here are the top moments from Long Pond, Pennsylvania:

Hamlin took the lead going into Turn 1 but lost it to Kyle Busch after getting into the wall early.

The first caution of the day came out on Lap 7 when Austin Cindric spun off Turn 3 and hit the inside wall.

He suffered extensive suspension damage, which his team quickly started working to fix on pit road.

The green flag was back out on Lap 13, where Kyle Larson emerged from a three-wide battle for the lead.

Misfortune struck Almirola again when he had to drive his car backward to his pit stall, claiming that he wasn’t able to make it back around with the damage that he had sustained. It drew a huge caution.

Stage 1 in the books

The leaders on the restart after the opening stage were Harrison Burton and Joey Logano, both of whom came to pit road under the first caution. The green flag was back out again on Lap 35, where Christopher Bell and Bubba Wallace challenged Burton for the lead.

Elsewhere, there was a big crash in Turn 1, as Josh Bilicki spun into the outside wall, drawing a short-lived caution. The green flag returned on Lap 41, but it didn’t last long, as Hamlin went for a spin in Turn 2.

The green flag was back out on Lap 45, as the second stage continued to heat up.

First, Ryan Blaney took the lead from Busch. Then, Erik Jones, who started in 34th place, ran down Blaney for the top spot — marking the eighth lead change of the race.

Busch came back to capture the second stage, however, followed by Ross Chastain, Blaney, Jones and Hamlin rounding out the top five spots.

Not how he drew it up

Blaney blew a left rear tire on the backstretch early in the third and final stage.

The battle for the lead continued between Chastain and Busch as the third stage got rolling.

It was another huge setback for Blaney, who lost control of his No. 12 car after spinning off of Turn 3 and hitting the inside wall head-on. This caused Blaney’s first DNF since the Coca-Cola 600 in May.

Late in the third stage, Chastain and Hamlin were neck and neck for the lead after beginning side-by-side on the restart. The green flag was out with just 18 laps remaining.

Things didn’t stay green for long, as Hamlin leaned on Chastain in Turn 1, putting him into the wall hard.

Caught in the crossfire

Chastain got hit by Kevin Harvick in the process, causing Harvick to spin into the wall. Harvick, who was running fourth when the collision happened, suffered extensive right front damage from the hit.

The green flag was back out with 13 laps to go, as Hamlin and Busch pulled away from the rest of the field.

With five laps remaining, Busch came within just half a second of Hamlin, who was running low on fuel.

In the end, Hamlin held off his Joe Gibbs Racing teammate for the win. 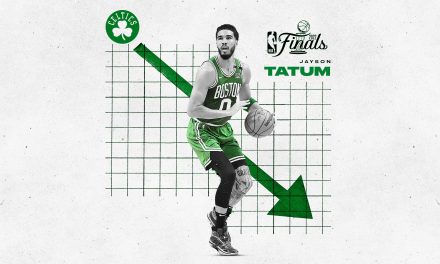 Goldschmidt on first game back in Arizona: ‘I just tried to enjoy it’, 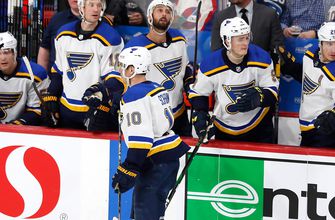 Schenn: ‘We got to find ways to be better’ after loss to Jets, 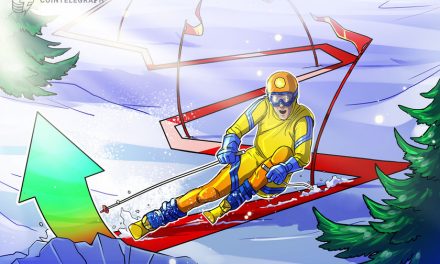