NASCAR optimistic about future, Clash returning to Coliseum in 2023, 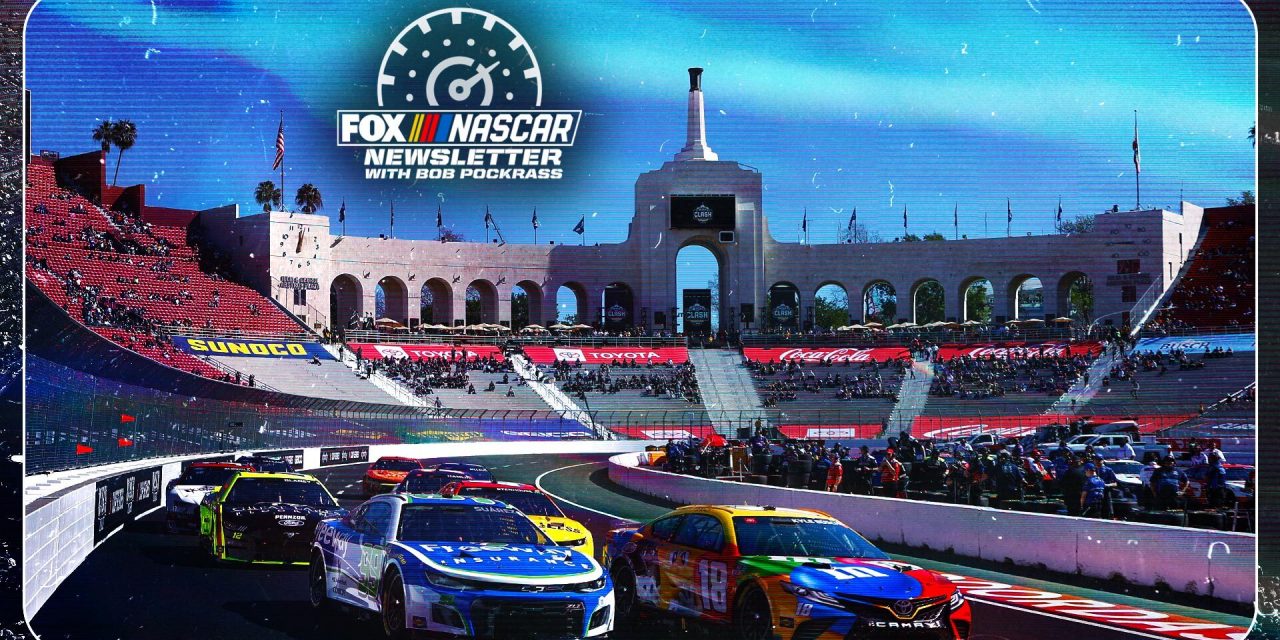 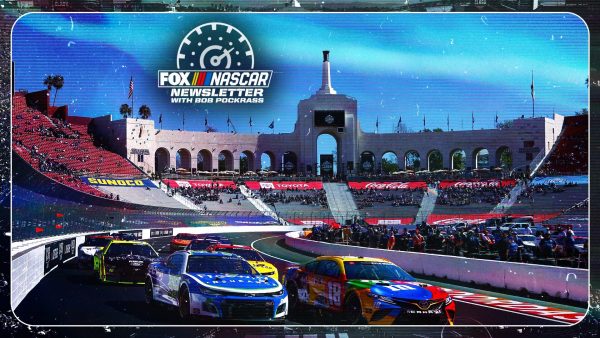 , NASCAR, feeling good about ratings, attendance and the Next Gen car at midseason, looks to 2023 and beyond, Bob Pockrass writes.,

A successful experiment at the Los Angeles Memorial Coliseum and a relatively successful debut of the Next Gen car have NASCAR brass optimistic about the remainder of 2022 and beyond.

NASCAR entered 2022 hopeful but with plenty of unknowns, starting with the exhibition Clash on a temporary track constructed inside the iconic L.A. stadium. The car, with parts and pieces now provided primarily by vendors instead of manufactured by teams, needed several significant tweaks (air ducts in the windshields, increased horsepower at many tracks) before it was accepted by drivers as ready to race.

But 16 points races and two exhibitions into the season, NASCAR executives can smile. With the FOX/FS1 portion of the Cup season complete (FOX/FS1 have the first 18 events and NBC/USA the final 20), viewership was up 6% from last season, with an average of 3.696 million viewers watching throughout a race.

While NASCAR tracks are no longer owned by public companies and therefore don’t release audited financial results, the “eye test” and traffic on race days indicated higher attendance at several tracks than in the couple of years prior to COVID-19.

NASCAR Senior Vice President Ben Kennedy discusses the future of the sport and announces the Clash will return to the L.A. Memorial Coliseum in 2023.

Of course, there are still some issues: Wheels are coming off cars at an alarming rate, NASCAR’s safety and race control operations have come into question (as they typically do), and NASCAR continues to grapple with its place when it comes to social issues.

“[The] Next Gen car, … I couldn’t have dreamed that it would go as well as it has,” NASCAR President Steve Phelps said June 9 at a news conference celebrating NASCAR’s diversity efforts in San Francisco. “The racing has been simply extraordinary.

“It’s been a journey. Our ratings are up. Our attendance is up. We have a whole new set of race fans who are coming to the racetrack, watching on television, participating in digital and social. It’s working.”

NASCAR believes it is attracting new fans thanks to more than just the new car. It has new owners, including basketball great Michael Jordan and world-famous musician Pitbull.

Jordan’s team also has Bubba Wallace, the only Black full-time driver in the Cup Series, behind the wheel. While Wallace’s social justice advocacy has been polarizing to some of the NASCAR fan base, he has played a pivotal role in creating a welcoming environment in the sport.

Also of note, with his victory earlier this month at Sonoma, Daniel Suárez became the first Mexican driver to win a Cup race.

In addition to the overall ratings increase, NASCAR has seen growth among the Black and Hispanic demographics each of the past four years and expects fandom to be at its highest since at least 2015, NASCAR Senior Vice President of Broadcasting Brian Herbst said.

And NASCAR continues to go to new venues. The L.A. Coliseum and Gateway (near St. Louis) were new to the Cup schedule this year, and the Cup Series is in its second year going to Nashville Superspeedway, Circuit of the Americas in Austin and Road America in Wisconsin.

Plus, this year marked the second time Cup drivers competed on dirt placed on top of the Bristol concrete surface. This time, though, it came as a prime-time event on Easter Sunday, a controversial move to race on a holiday weekend but one that earned increased television ratings.

NASCAR likely will finalize its 2023 schedule in August. But it has already announced that the Clash will return to the L.A. Coliseum on Feb. 5, with the Daytona 500 two weeks later on Feb. 19 and the championship race set for a return to Phoenix on Nov. 5.

“As we think about 2023 and beyond, ideally we would like to get another big venue, another new venue on the schedule in 2023,” NASCAR Senior Vice President Ben Kennedy, who handles scheduling, said in an interview on NASCAR RaceDay prior to the Sonoma race. “And what that looks like, whether it’s a road course, the street course or short track, not exactly sure.

“But, hopefully, in the next month or two, we’ll be able to share a little bit more. And then continue the evolution in ’24 and beyond. We’re already starting to think five to 10 years out, where do we want the schedule to be? And then how do we build a roadmap to get there?”

NASCAR has looked at Chicago and the Meadowlands for potential temporary street circuits. New Orleans has also been mentioned as a possibility.

At a press event in San Francisco, NASCAR President Steve Phelps said the plan is to remain bold with the 2023 schedule, which he hopes will be released in August.

The one big question is whether a street circuit would take the place of one of the road courses.

“We’re getting to a point where we may have some saturation on the road-course side of things,” Phelps told FOX Sports after the San Francisco news conference. “We’ll continue to listen to the fans and see what the fans are interested in seeing.

“They told us they wanted more road courses and short tracks. The short-track thing has been difficult. We were able to do the road-course piece really well. It’s a good mix for us right now.”

Phelps also addressed several topics that have come up in NASCAR over the past month:

— It took about seven minutes to get Chris Buescher’s flipped car at Charlotte back on its wheels, which Buescher team co-owner Brad Keselowski thought was too long. Buescher said he understood that it was the first time NASCAR’s safety team had to turn a Next Gen car back on four wheels and thought it did a good job, though he wished it could’ve been done faster.

“What happened with the Buescher situation, that [safety response] group did exactly what they were trained to do,” Phelps said. “There are other measures that we could have taken if Chris had been injured that we would have done differently.

“We understand it’s uncomfortable for a driver to be upside-down. We understand that it’s not ideal, but it’s the safest way for us to get the driver out, and the group did it flawlessly.”

— NASCAR has opted not to step into the Denny Hamlin–Ross Chastain feud and so far has treated any payback as self-policing.

“We have talked about self-policing,” Phelps said. “The drivers do self-police. … As long as that car is not being used as a weapon, we’ll review it, and if we thought it stepped over the line, we would have done [more].”

— NASCAR recently put out a Pride Month tweet saying, “We acknowledge that recent actions have not aligned with NASCAR’s mission to be a welcoming sport for all.”

Phelps wouldn’t go into specifics but reiterated the message.

“Generally, we as a sport haven’t been as welcoming and inclusive to the LBGTQ community — and we want to be,” he said. ” … This is another important group that we want to reach out to.

“We want our sport to be as welcoming and inclusive as it can be. And that’s what our existing fans — primarily, not all of them — want to [do is] share their sport with others, whether it’s someone’s sexual orientation or the color of their skin or whatever that might be, it’s immaterial. It’s a love for racing that they want to celebrate with each other.”

Steve Phelps on diversity in NASCAR

Part of the NASCAR press event in San Francisco was to promote its diversity and inclusion policies.

This past weekend was the one off weekend on the NASCAR Cup Series regular-season schedule. Traditionally, NASCAR has had two weekends off, and that increased to three some years, when NBC didn’t want conflicts with the Olympics.

Few will feel sorry for the teams and the drivers; they work in professional sports. And the bigger teams have scheduled additional weekends off for mechanics and engineers in order to prevent burnout. Still, because of the parts shortage for Next Gen cars, those who work in the shops have been working long hours to keep up, as they must often take parts and pieces off cars that recently raced and get them on cars for a race in the next week or two.

Based on what we know about next year’s schedule, as far as the dates announced for the Daytona 500 and season finale at Phoenix, it’s looking like there will be only one off weekend in 2023. That is tough on the competitors and their families.

It can be frustrating for those who work in the sport to not have more breaks. The key will be for teams to monitor their personnel and adjust, especially teams that know they will be in the postseason and need full energy for that 10-race playoff run.

Stat of the day

Daniel Suárez was the second Cup driver to earn his first career Cup win at Sonoma Raceway. The other? Juan Pablo Montoya in 2007.

“We keep screwing up every week.” — Kevin Harvick after a slow pit stop proved costly at Sonoma

Is this the year NASCAR has more winners than playoff spots?

AJ Allmendinger’s road course prowess has him primed for Sonoma 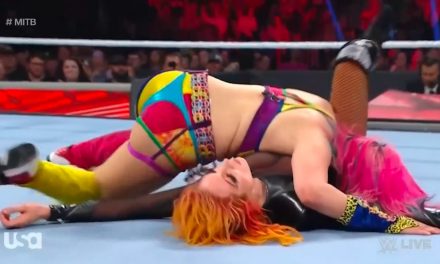 Becky Lynch and Asuka battle to punch their ticket to Money in the Bank | WWE on FOX, 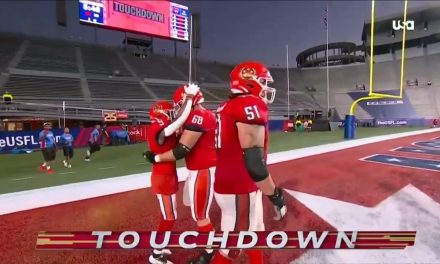 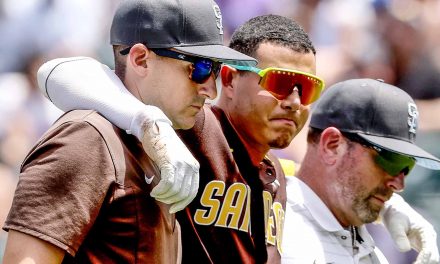