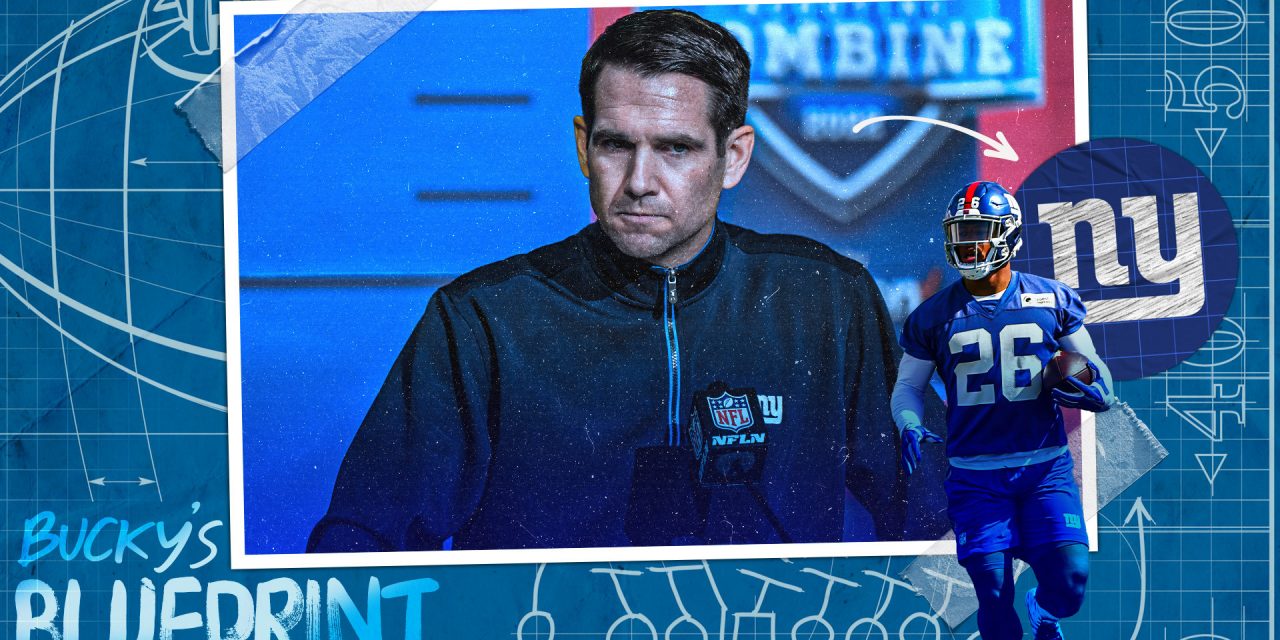 , GM Joe Schoen and coach Brian Daboll might be new to the Giants, but fans will find their approach familiar, Bucky Brooks writes.,

EDITOR’S NOTE: In “Bucky’s Blueprint,” Bucky Brooks, a former NFL player, scout and executive, pulls back the curtain on front offices around the league to reveal how teams assess players and build rosters and franchises.

It is not a coincidence that the New York Giants are opening training camp shortly after the team announced it will bring back its classic blue uniforms from the ‘80s and ’90s for a pair of “Legacy Games” in the 2022 season.

The decision to break out uniforms that are synonymous with the dominant teams that won the franchise’s first two Super Bowls is an attempt to restore the tradition of a blue-blood franchise that has fallen on hard times in recent years.

“This era obviously still holds a special place in the hearts of Giants fans,” team president John Mara said. “Our teams during that time featured legendary players, some of the best in our franchise’s history. And these uniforms remind us of what was accomplished through those years. We are thrilled to wear that uniform again.”

Jimmy Garoppolo to the Giants?

Colin Cowherd breaks down why the New York Giants are the best landing spot for Jimmy G. “I think it’s the landing spot and the one that makes sense.”

While the return to the navy helmet with a white facemask and a solid scarlet red stripe — and the iconic blue jerseys and white pants — will not bring Lawrence Taylor, Harry Carson, Carl Banks, Bill Parcells and Bill Belichick back to the Meadowlands, the retro uniforms should remind general manager Joe Schoen and head coach Brian Daboll of the tradition of the organization. The Giants always have been at their best when playing a blue-collar brand of football that rewards tough guys for their work inside the lines.

Moreover, the throwbacks should encourage the Giants’ new leaders to follow an old-school blueprint that helped the franchise dominate foes in the NFC.

With a star-studded defense and a rock-solid running game leading the way, the Giants needed only timely contributions from their quarterback and skill players to chalk up wins in that era. Schoen certainly knows the recipe after spending a few years working for Parcells with the Dolphins as a national scout when the Giants’ two-time Super Bowl-winning coach and Hall of Famer was the team’s executive vice president of football operations.

In addition, Schoen and I worked with former Giants’ defensive coordinator John Fox in Carolina as part of a front office that helped the team reach Super Bowl XXXVIII. Considering each coach won behind a stingy defense and powerful running game, Schoen has an appreciation for old-school football that should enable him to rebuild the Giants utilizing a throwback model.

Reviewing the personnel moves the Giants have made since Schoen’s arrival, it is apparent the new general manager wants to build a heavyweight title contender. The Giants’ first-round picks, for example, possess the A-plus physical and athletic traits to impose their will on opponents.

Years ago, former general manager Jerry Reese told me that the team’s long-time architect, George Young, believed the “Giants need to be Giants” to dominate in the NFL. In other words, the Giants need to feature a collection of big, imposing players on each side of the ball to beat their opponents into submission.

Given Parcells’ success in the 1980s with a big, fast and nasty defense that was complemented by a crew of “road graders” on the offensive side of the ball, the lessons have certainly been passed down to Schoen. Most importantly, the Giants were a team loaded with blue-collar workers who did not mind rolling up their sleeves and doing the dirty required to win games in a rough-and-tumble NFC East.

Schoen wants to build this version of the Giants in a similar fashion with “team-first” guys leading the way.

“Smart, tough and dependable,” Schoen told the Giants Huddle podcast. “Guys that are smart, tough and dependable that care about football, that care about their teammates. It’s not so much about the glitz and the glamour that comes with it. But have some leadership to you when maybe things are going wrong or teammates aren’t doing it well, someone that will right the ship and get the team headed back in the right direction. Those are the types of players that we’re looking at.”

While I am not ready to tout the G-Men as title contenders, the combination of the coaching staff and the personnel in place should help this team close the gap on their rivals. The Giants have enough blue-chip players (such as Leonard Williams, Dexter Lawrence, Azeez Ojulari, Xavier McKinney, Saquon Barkley and Andrew Thomas) to establish a championship-caliber nucleus, but elite quarterback play is the missing ingredient.

Daniel Jones, the team’s sixth overall pick in the 2019 draft, possesses the physical and mental traits that evaluators covet in a QB1. He is a 6-foot-5, 230-pound passer with B-plus movement skills.

The fourth-year pro has teased the football world with a handful of highlight-worthy runs and throws, but his turnovers woes make it hard for the Giants to play winning football. In 37 career games, Jones has accrued 49 turnovers (29 interceptions and 20 fumbles lost) and that does not include his 16 additional fumbles that the Giants recovered.

Given the impact of turnovers on the outcome of games, Jones’ ball security must improve for the Giants to chalk up wins.

Daboll’s arrival could help Jones find more consistency as a playmaker. The quarterback whisperer worked wonders for Josh Allen in Buffalo. He not only created a system that accented his strengths as a mobile QB, but he also found a way to help the young passer improve each season.

If Daboll is able to curb some of Jones’ turnovers through detailed instruction and situational awareness while also building game plans around his talents, the Giants’ offense could improve dramatically in Year 1.

The offensive wizard could alleviate the pressure by leaning into a running game spearheaded by Barkley. The 2018 Offensive Rookie of the Year has played at a Pro-Bowl level in the past, but injuries and poor offensive line play have prevented him from returning to that level since his debut season.

The Giants need the second overall pick to play like a “gold jacket” player to steady an offense that has failed to score points consistently in Jones’ tenure.

If Barkley can re-emerge as an all-star player, the supporting cast of Kenny Golloday, Kadarius Toney and Sterling Shepard should have plenty of chances to win one-on-one matchups on the outside.

With more production in the passing game — due to better play from the Giants’ star running back — the offense could make significant strides in 2022.

On defense, the arrival of Wink Martindale should unlock the talent and potential of a frontline that is loaded with star power. The combination of Williams and Lawrence gives the Giants a rock-solid interior presence with a pair of defenders with dynamic run-stopping skills and pass rush ability.

Bucky Brooks breaks down the top five impact rookies for the upcoming season of the NFL. The list includes Kayvon Thibodeaux of the New York Giants, Zion Johnson of the Los Angeles Chargers, Chris Olave of the New Orleans Saints, Christian Watson of the Green Bay Packers and James Cook of the Buffalo Bills.

Ojulari and rookie Kayvon Thibodeaux are intriguing pass rushers with outstanding first-step quickness and burst. Martindale’s creative scheming and aggressive approach could lead to a surge in sacks and pressures due to the chaos at the line of scrimmage.

The defensive wizard is a Rex Ryan disciple with a voluminous playbook that features a variety of blitzes and simulated pressures from a host of sub and base packages. In Baltimore, the “smoke-and-mirrors” approach enabled the Ravens to finish in the top three in points allowed in three of his four seasons as the defensive play-caller.

With those results emboldening Martindale to dial up the pressure at any time, the Giants’ new defense could remind their fans of the stingy units that anchored those teams in the ‘80s and ’90s.

If Schoen and Daboll continue to build a team that could play in the franchise’s heyday, the Giants could re-emerge as the bully on the block quicker than anyone expects.

Bucky Brooks is an NFL analyst for FOX Sports and regularly appears on “Speak For Yourself.” He has been in or around the league since 1994, playing for or working with, among others, Marv Levy, Tom Coughlin, Mike Holmgren and Ron Wolf. Brooks also breaks down the game for NFL Network and is a cohost of the “Moving the Sticks” podcast.

in this topic
Bucky Brooks
Speak for Yourself

Cowboys to wear throwbacks on Thanksgiving 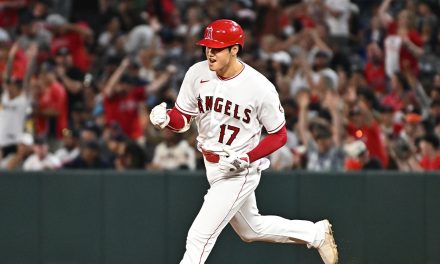 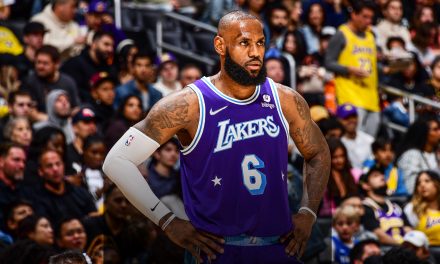 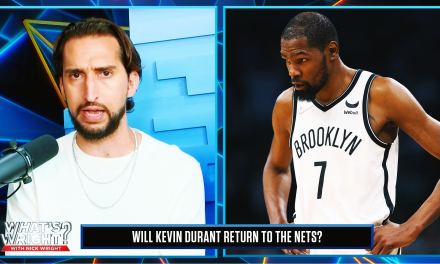 Nets’ Kevin Durant will ‘absolutely’ be in a different uniform next season | What’s Wright?,