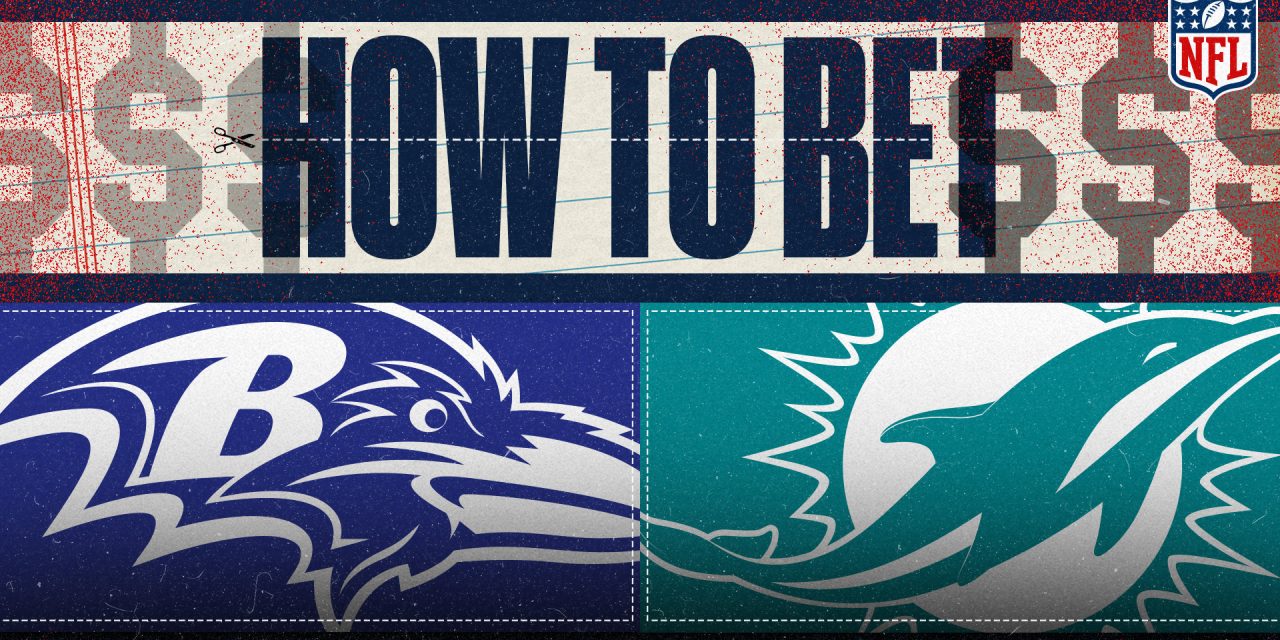 , Here’s everything you need to know on the Dolphins-Ravens game, from the point spread, moneyline, over/under and insight from Warren Sharp.,

The Miami Dolphins will travel to the Baltimore Ravens for a Sunday afternoon matchup following an impressive opening week of football by both teams.

Miami is coming off an impressive Week 1 victory where Tyreek Hill and Jaylen Waddle combined for 12 receptions and 163 yards, while Tua Tagovailoa completed 66.7% of his throws.

Baltimore controlled the New York Jets on Sunday, behind three passing touchdowns by Lamar Jackson and an evenly-distributed day by their receiving core. The Ravens hope to build on their momentum by defeating a talented Dolphins team.

Here’s everything you need from a betting perspective on the Dolphins-Ravens game, from the point spread, moneyline, total over/under and expert analysis (odds via FOX Bet):

Let’s discuss the concerns with both offenses based on what we saw Week 1:

First, both offensive lines were atrocious in getting run-blocking lanes open for the running backs.

In the first half against the Jets, the Ravens running backs averaged -0.86 EPA/att and 1.2 YPC. Both ranked worst in the NFL.

They averaged -0.5 yards before contact per attempt, meaning their offensive line allowed penetration and the RBs to be hit a half a yard in the backfield.

Things didn’t improve much in the second half, and throughout the entire game, their RBs ranked third-worst in rushing efficiency.

And that was against a Jets defense that ranked 26th in rushing efficiency last year.

Left tackle Ronnie Stanley’s ankle injury still wasn’t healed enough, and they just lost Ja’Waun James, who started in his place at left tackle. The Ravens will have to find an offensive tackle to help support depth and are down to their third-stringer.

The Dolphins were not much better on the other side of the ball. Miami’s backs ranked No. 26 in yards before contact per attempt.

Looking at both of these run games, their RB ranks on early downs were:

As a result, I’m concerned with both run games and what that will mean for both quarterbacks.

Last week for Lamar Jackson, it meant it was on his shoulders.

Yes, he threw three TDs, but his success rate was 22nd in the NFL, and he averaged the NFL’s highest air yards in the league last week.

But Lamar was also bottled up on the ground. And most of all, he wasn’t scrambling.

Lamar scrambled twice for eight total yards. His EPA per scramble ranked below Matt Ryan against the Jets.

He also had two designed runs which gained -0.22 EPA per attempt.

In 2021, he averaged 6.5 designed runs per game in the games he started and finished. And he averaged 4.7 QB scrambles per game.

It only was one week, so we shouldn’t take much from the game. I’m as big a Lamar stan as there is, but the lack of running was interesting, and I’m curious what happens this week against the Dolphins.

His total EPA on dropbacks was -14.1, which was the worst game of his entire NFL career.

He averaged 5.5 YPA, which was the fifth-lowest in his career.

He was hit six times and sacked four times. Miami harassed him consistently, and Baltimore better have an answer for that defense this year.

Per Rich Hribar’s Worksheet, when these teams met in Week 10 last year, they blitzed Jackson on a career-high 60% of his dropbacks.

The Jets blitzed Lamar just five times last week. But the problem? They got pressure on 60% of blitzes, which ranked No. 1 in the NFL.

The Dolphins got in some practice last week, blitzing Mac Jones on 30% of his dropbacks (11th-highest rate).

On the other side of the ball, there are still concerns with the Dolphins’ offensive line based on what emerged vs. the Patriots.

On dropbacks that New England DID NOT BLITZ, they got pressure 43% of the time. That ranked No. 1 in the NFL.

For context, the best defense in the NFL last year was at 35% on the season, and the average was 28%.

And when the Patriots DID BLITZ, they got pressure at an equal 43% rate.

As a result, no quarterback was under pressure more often last week than Tua Tagovailoa.

Which is quite problematic when going up against a more talented defense of the Ravens.

The Dolphins had just one offensive touchdown against the Patriots, and it came on a fourth-and-7 at the New England 42 with 24 seconds left in the first half.

Meanwhile, the Ravens had a whopping 12 drives on Sunday vs. the Jets.

Only three of 12 drives gained more than one first down.

These numbers are SHOCKINGLY bad.

This is why the Ravens led just 3-0 with four minutes left in the first half. The offense was simply unproductive in every which way possible.

So while it looked AWESOME that Lamar Jackson threw three touchdowns after not getting the contract he deserved, and the perception was incredible, this was a bad Ravens offensive output.

And while it looked AWESOME that Mike McDaniel won his first game of his career and soundly defeated the nemesis Patriots 20-7, this was anything but a solid Dolphins offensive performance. The team had 18 first downs and was forced into 14 third-down attempts. Overall, 22% of the Dolphins’ offensive plays were third downs, which ranked fifth-worst in the NFL last week. And only 21% of their early-down plays gained first downs, which ranked ninth-worst in the NFL.

I’m interested to see which team turns it around offensively first Sunday.

in this topic
Warren Sharp 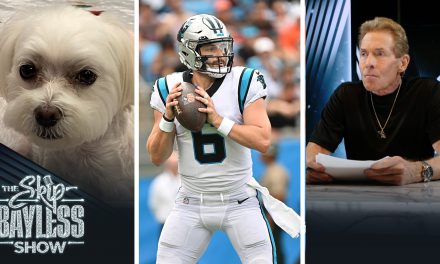 Skip describes how his dog, Hazel, was a good luck charm for Baker Mayfield The Skip Bayless Show

Schenn: ‘I’m excited to be here for many years to come’, 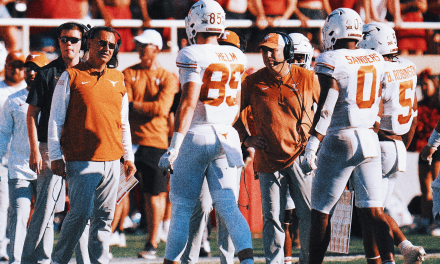