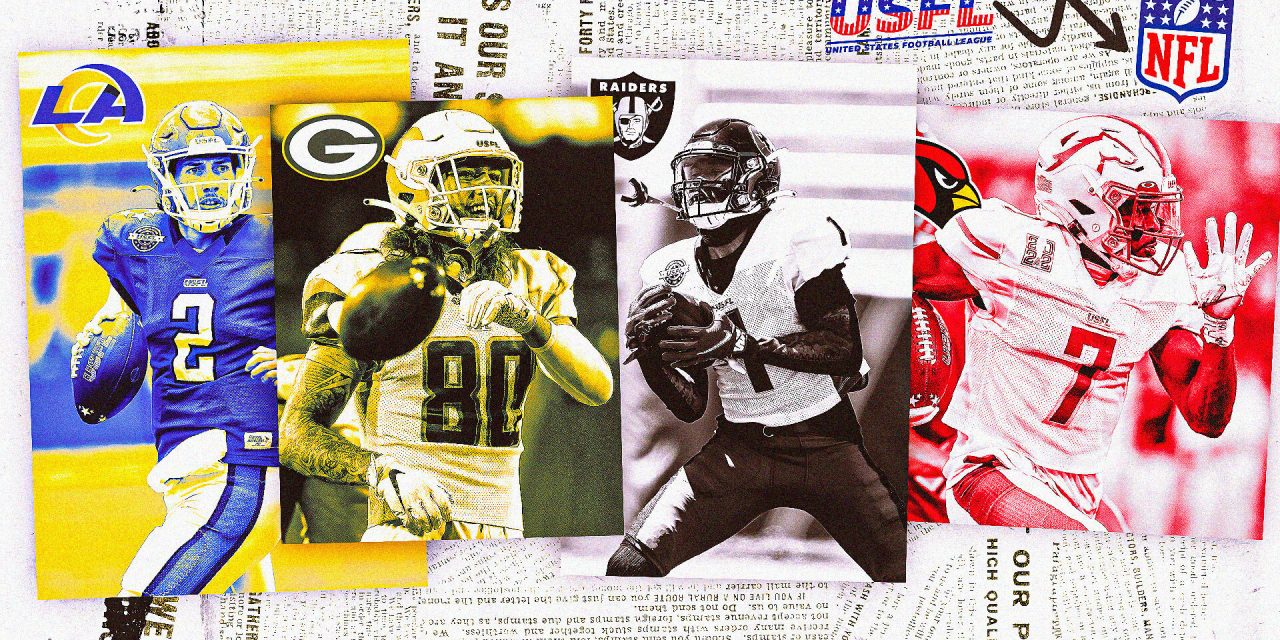 , In the weeks following the end of the inaugural USFL season, a handful of standout players have signed with NFL teams.,

In the weeks following the inaugural United States Football League championship game, which closed out a triumphant first season, a handful of the league’s standout players are headed to the NFL.

While the USFL won’t return until 2023, here’s a look at the stars who will be back on the field in just a few weeks, as they’ve recently signed with NFL teams.

The reigning Super Bowl champions are bringing back former Generals signal-caller Perez, who spent time with L.A. as an undrafted free agent out of Texas A&M in 2018. He landed with the Detroit Lions and Philadelphia Eagles in 2019 and had stints in the AAF and XFL after his release from the Rams.

Perez completed 124 passes for 1,200 yards, the fifth-most in the USFL last season, and nine touchdowns in nine games (six starts).

The Cardinals appear to have struck gold, signing USFL champion and championship game MVP Bolden Jr. to a one-year deal.

The 27-year-old All-USFL wide receiver had 42 catches for 415 yards for Birmingham this season, including six catches for 64 yards and the Stallions’ game-winning touchdown in the title game. He ranked third in the regular season in receptions and fourth in yards, while also tallying 618 yards on kickoff returns and 176 on punts.

The Chargers have signed former Maulers outside linebacker Kemp, who has yet to play in an NFL game. The 24-year-old had 51 tackles and five sacks over 10 games for Pittsburgh this season.

Kemp was undrafted out of Michigan in 2021 before signing with the Packers as a free agent, but he did not make the team. He then spent time on the Denver Broncos‘ practice squad before heading to the USFL.

The Packers filled up their 90-man roster by signing the All-USFL tight end. Cannella ranked first in the league at his position with 34 receptions, which he turned into 368 yards and two touchdowns.

The 25-year-old went undrafted and unsigned in 2020 after spending three seasons at Auburn.

The Raiders signed former Breakers cornerback Brown, who recorded 16 tackles and two interceptions for 98 yards, including one returned for a touchdown.

The Florida International product originally signed with Buffalo as an undrafted free agent in 2020 before being placed on the reserve/retired list during training camp.

The Patriots picked up former Maulers defensive lineman Pharms Jr, who finished with two sacks and 32 total tackles this past season. The 6-foot-3, 275-pounder began his college career at Sacramento State as a linebacker before finishing his career at Friends University as a defensive lineman, according to New England.

The 25-year-old went undrafted in 2020 after playing college football at Kansas State and Mississippi State prior to joining the Patriots that year. He caught two passes for 29 yards and rushed twice for 21 yards in four games before being released by New England.

Former Stallions tackle and USFL champion Costin has signed a one-year contract with the Steelers.

The 24-year-old went undrafted out of Miami (OH) in 2020 before signing with the Jacksonville Jaguars, where he recorded 33 combined tackles and three tackles for loss in 13 games (nine starts) over two seasons. Costin had a short stint on the Cincinnati Bengals‘ practice squad before heading to the USFL.

Washington, which allowed the fourth-most passing yards in the NFL last season, has signed two former USFL cornerbacks — including Stribling, a Michigan product who went undrafted in 2017.

Stribling recorded 16 tackles, including two for loss, and also notched a USFL-leading seven interceptions despite being limited to just seven games due to injuries.

Washington also picked up former Generals CB Neal, who played college football at Division II Shepherd University from 2014-18 before signing with Washington as an undrafted free agent in 2019. After getting cut by Washington during camp that season, Neal played in the XFL.

Sam, a native of Allen, Texas, joins the Cowboys after the team recently announced that linebacker Devante Bond was placed on injured reserve to make room for him.

The former Breakers linebacker and Arizona State product was drafted in the sixth round of the 2018 NFL Draft by New England, but he has yet to play a regular-season NFL game, having dealt with various injuries. After being released, Sam spent time on the practice squads of three other NFL franchises from 2019-20. He was originally drafted by the USFL’s Tampa Bay Bandits, but was released and then claimed by the Breakers.

Sam notched 54 total tackles, eight tackles for loss and an interception in nine games, helping New Orleans go 6-4 in the regular season and finish second in the South Division to qualify for the playoffs.

Will Bill Belichick be the reason the Patriots miss the playoffs? 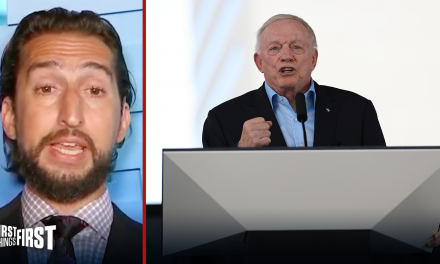 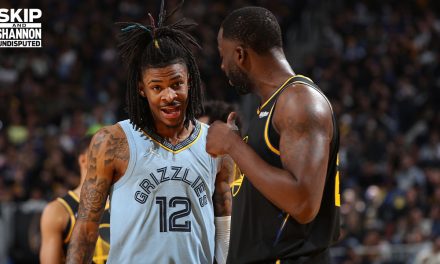 Are Warriors-Grizzlies turning into the NBA’s best rivalry? | UNDISPUTED, 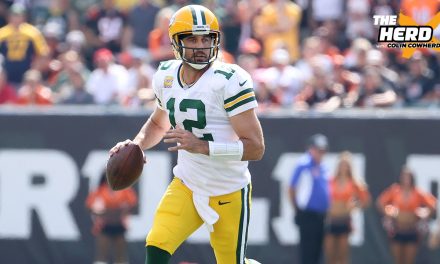 Will Aaron Rodgers finish his new Packers contract or retire soon? I THE HERD,