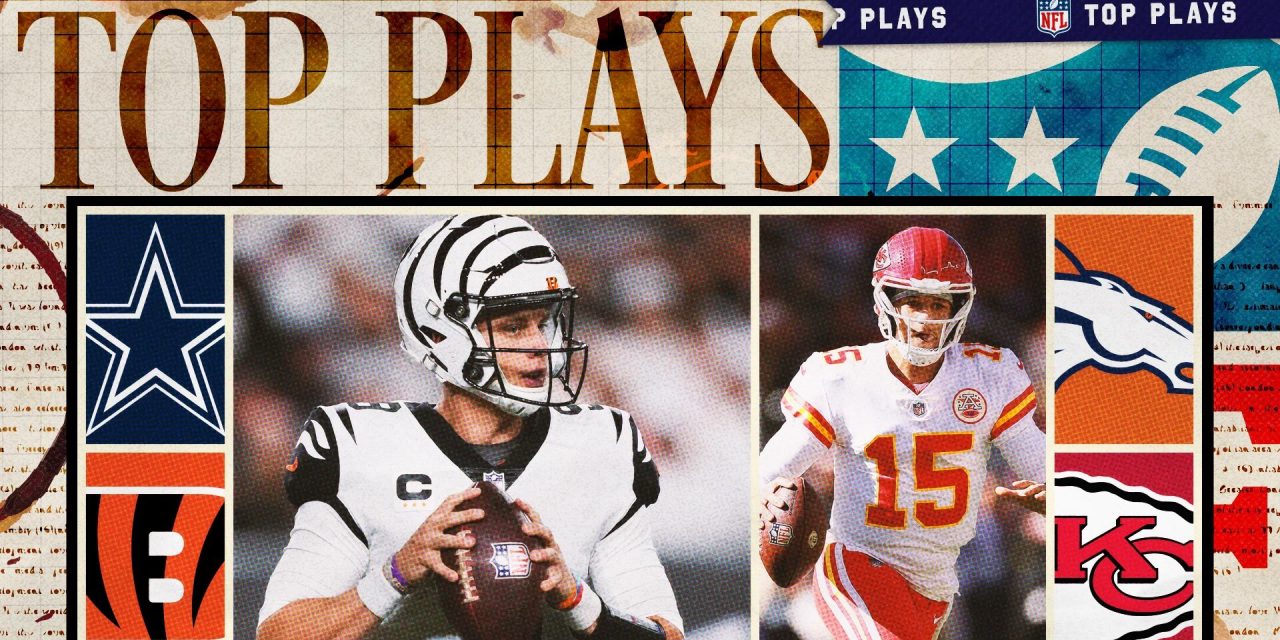 , Week 11 of the NFL continues Sunday with the Cowboys-Vikings, Bengals,-Steelers and more in action. Here are the top plays!,

Week 11 of the NFL season continues Sunday with a slew of must-see matchups, including the Dallas Cowboys taking on the Minnesota Vikings and the Denver Broncos playing host to the Las Vegas Raiders.

Earlier, the Detroit Lions stunned the New York Giants, the Philadelphia Eagles rebounded against the Indianapolis Colts, and the Buffalo Bills topped the Cleveland Browns.

Closing things out tonight, the Los Angeles Chargers are up against the Kansas City Chiefs.

Here are the top plays from Sunday’s action!

Kirk Cousins was sacked by Micah Parsons and fumbled the ball on the Vikings’ opening drive. The turnover allowed Ezekiel Elliott to punch in a 1-yard touchdown on the Cowboys’ ensuing drive, good for the early lead.

After both team traded field goals early in the first quarter, Joe Burrow hit Samaje Perine for a 29-yard touchdown to give the Bengals an early edge.

Najee Harris knotted things up with a 19-yard touchdown completed by a huge leap into the end zone.

Perine checked in with his second rushing score in the second quarter to give Cincinnati the lead, 17-10.

The defending champion Rams have had a tough go this season, but they looked like their old selves on this 62-yard touchdown pass from Matthew Stafford to Tutu Atwell.

Here’s to you, Mr. Robinson

Allen Robinson reeled in this pass from Stafford to put the Rams on top after the Saints had taken the lead.

New Orleans took the lead in the third quarter on an Andy Dalton touchdown pass to Jarvis Landry, followed by Dalton lofting a pretty pass to rookie receiver Chris Olave as the Saints widened their lead.

Andy Dalton turned back the clock as he threw for 260 yards and three touchdowns to help the Saints pick up a 27-20 victory over the Rams.

Falcons quarterback Marcus Mariota scrambled and found rookie receiver Drake London in the corner of the end zone to put Atlanta ahead.

Chicago charged back down the field to tie the game on this pretty pass from Justin Fields to Darnell Mooney.

‘Tis the season for returns

After a smooth touchdown run by Fields, Cordarelle Patterson returned this kickoff to the house, giving him the most kickoff returns for a touchdown in NFL history with nine.

His feet didn’t fail him

Fields extended this play with some nifty footwork, later setting up a touchdown by David Montgomery to tie the game, but it wasn’t enough to spark a comeback.

Washington took an early lead when Kendall Fuller picked off a pass from Davis Mills and returned it for an easy touchdown.

The Commanders added to their lead when Curtis Samuel rushed for a 10-yard touchdown.

Love the effort on defense

The Commanders’ defense kept holding the Texans down, with an impressive effort on this interception of Mills.

The Commanders forced Davis Mills to two interceptions in the victory over the Texans, which were held to just 148 yards in the loss.

Panthers defensive tackle Bravvion Roy showed his skills when he reached up to intercept Lamar Jackson.

Jackson used his feet to scramble in for the game’s first touchdown as the Ravens widened their lead.

Lamar Jackson threw for 209 yards and added 31 rushing yards and one rushing touchdown in the Raven’s 13-3 win over the Panthers.

Daniel Jones showed he’s dangerous with his legs, capping an 11-play, 75-yard drive with a run for a score, giving the Giants a 6-3 lead.

More than a sack artist

Lions rookie Aidan Hutchinson showed off his all-around skills with this interception of Jones. The Lions would go on to score and take a 10-6 lead.

N.Y. in a Giant hole

Jamaal Williams rushed for three touchdowns, including this one as the Lions widened their lead.

In the end, the Giants cut into the Lions’ lead with a late score, although Graham Gano missed his second point-after attempt in the swirling winds. But it wasn’t enough as Detroit held on to win.

The Browns didn’t seem bothered at having to move its game to Detroit, as Amari Cooper opened the scoring with this impressive touchdown catch.

Josh Allen put the Bills out in front, thanks to this rope to Stefon Diggs.

At home in Detroit

Devin Singletary weaved through the Browns defenders for a score, as the Bills widened their lead.

The Colts struck first when Jonathan Taylor rumbled into the end zone on their opening drive.

The Eagles scored their first touchdown and cut into the Colts’ lead when Jalen Hurts hit Quez Watkins on a pretty crossing pattern.

The Eagles marched down the field, converting a fourth-and-2 late, and Hurts ran up the gut for a score to put Philly in front and seal the deal for the road team.

With the teams tied with five seconds left, Marcus Jones returned a punt 84 yards for a touchdown to give the Patriots the win over the Jets. 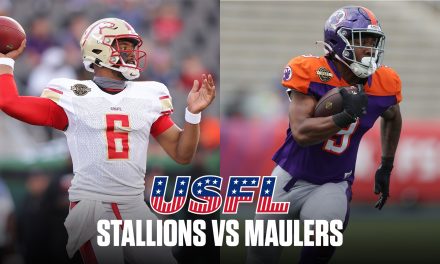 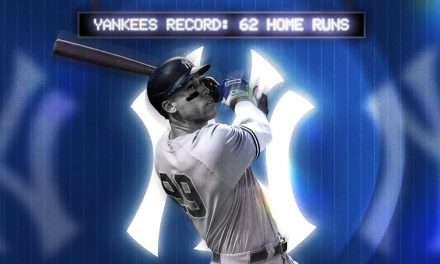 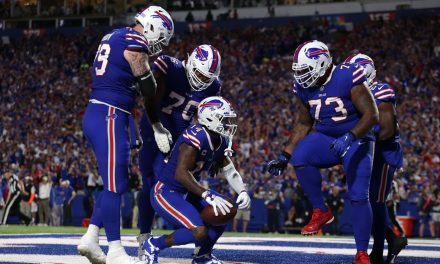 Josh Allen, Stefon Diggs dominate in win — but Bills are special all around 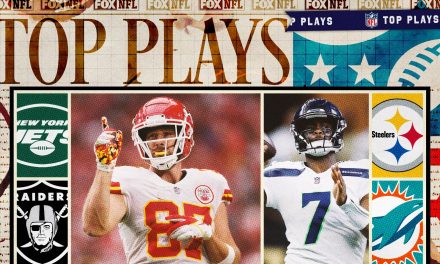