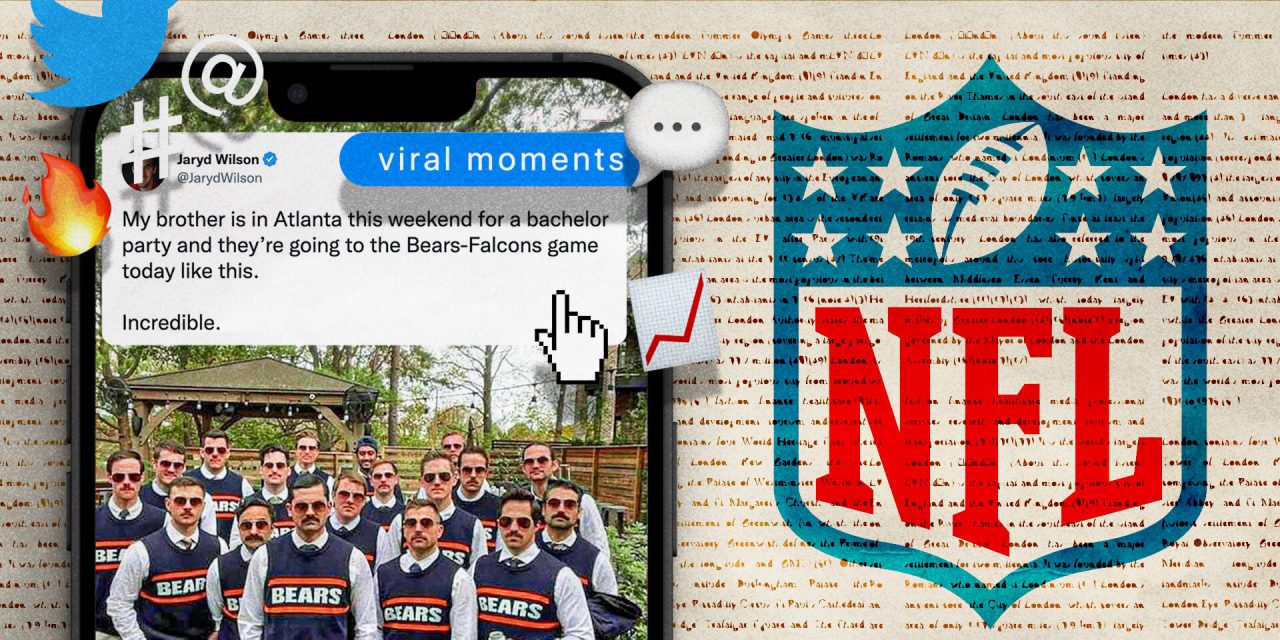 Week 11 of the NFL season is here! The early slate Sunday featured a Bills vs. Browns game in Detroit due to snow in Buffalo and a Bears trip to Atlanta that provided the backdrop for an iconic bachelor party, while the afternoon had an epic Cowboys blowout over the Vikings and a walk-off touchdown and wave from Davante Adams.

Here are the top trending and viral moments from all the action!

Mahomes brings out the sparkle

Chiefs quarterback Patrick Mahomes is in the building at SoFi stadium — with some eye-popping footwear.

Travis Kelce is once again balling out in prime time, and his first touchdown catch Sunday night came with some extra flair.

Ekeler breaks out the air guitar

Austin Ekeler put the Chargers back in the lead in the second quarter with a tough touchdown run and played some air riffs to celebrate.

What else is new? Kelce with another clutch touchdown catch against the Chargers in SoFi stadium and mugging for the cameras after.

Palmer with a moment of zen

It’s always a good idea to recenter your mind. Especially if your name is Joshua Palmer and you’re in the SoFi Stadium end zone after a clutch go-ahead touchdown catch.

ARE YOU NOT ENTERTAINED?

Who else but Kelce to give the Chiefs the lead for good? The start Chiefs tight end hit the Gladiator pose in the end zone after his third touchdown of the night.

Before Sunday’s game between the then 2-7 Raiders and 3-6 Broncos, Denver head coach Nathaniel Hackett apparently forgot that ties can happen in the NFL.

It turns out Hackett was right. Someone did win the game in overtime — the Raiders, on a walk-off touchdown catch by Davante Adams, who then waved goodbye to a stunned Denver crowd.

Elliott is active Sunday to face the 8-1 Vikings after missing the past two games with an injury.

Parsons showed up to U.S. Bank Stadium in a purple suit and then wore a Lawrence Taylor shirt to warmups. His Vikings counterpart Za’Darius Smith also appears ready to go.

Elliott and Tony Pollard both had stellar days as the Cowboys blew out the Vikings, with both Cowboys running backs scoring two touchdowns each. Both of Pollard’s have come via the air as he has over 100 receiving yards. After his second touchdown catch, Pollard stood in the end zone and mimicked Michael Jordan’s legendary shrug.

The Bengals is pulling out all the stops against their division rivals, going with their special “White Bengal” jerseys and helmets.

T.J. Watt snatches and shoots it!

Steelers pass-rusher T.J. Watt made an incredible one-handed interception of the Bengals’ Joe Burrow, and then celebrated it with his teammates by throwing the football in the air and finger-gun shooting it like it was a target.

Swimming for a score!

Bears running back David Montgomery scored a late game-tying touchdown and swam on the ground to celebrate.

The Falcons eventually prevailed on a late field goal, but more concerning for the Bears is star quarterback Justin Fields suffering an apparent left shoulder injury.

Younghoe is a popular guy!

After another game-winning field goal, Falcons kicker Younghoe Koo got some love from his teammates.

Bills Mafia shows out in the snow

A massive blizzard hitting Buffalo forced the Bills to relocate their home game against the Browns to Detroit. But Bills Mafia still showed up throughout the week and showed its support on Sunday despite the snow.

The Bills pulled out a 31-23 win, and quarterback Josh Allen made one young fan’s day while walking off the field in Detroit.

Hat trick and a flex!

Lions running back Jamaal Williams has three touchdowns to build a 24-6 lead over the Giants, and Williams flexed for the camera after his third score.

Fresh off his second World Series championship with the Houston Astros, Alex Bregman stopped by NRG Stadium to cheers from the Houston faithful.

Do your dance Darrick!

The Commanders pulled away from the Texans for a 23-9 lead in the second half, and Darrick Forest led his teammates in a celebration after a turnover.

Matthew Judon’s sack of Zach Wilson gave him the most sacks in a season (13) for a Patriots player since 2000, passing up Mike Vrabel, Chandler Jones — and Judon’s mark last season of 12.5. Judon and his teammates had some fun on the field after his big play.

Listen to the roar!

The Jets coin is STILL undefeated

The Jets may be 6-4, but one fan’s lucky coin has now correctly predicted the outcome of every single one of the team’s first 10 games! Luckily for Bears fans, the coin has the Jets losing to Chicago next week. 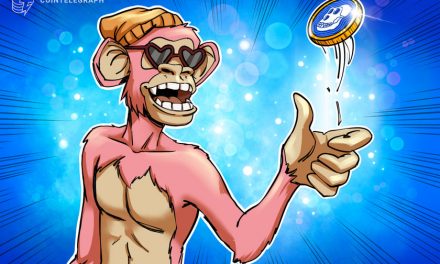 Paul DeJong ‘happy to put on a show for my fans’ against the Mets, 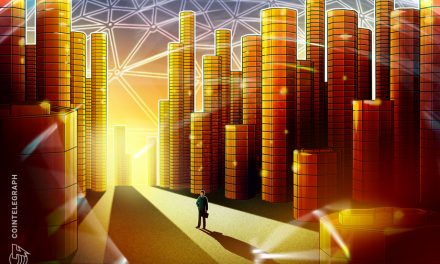