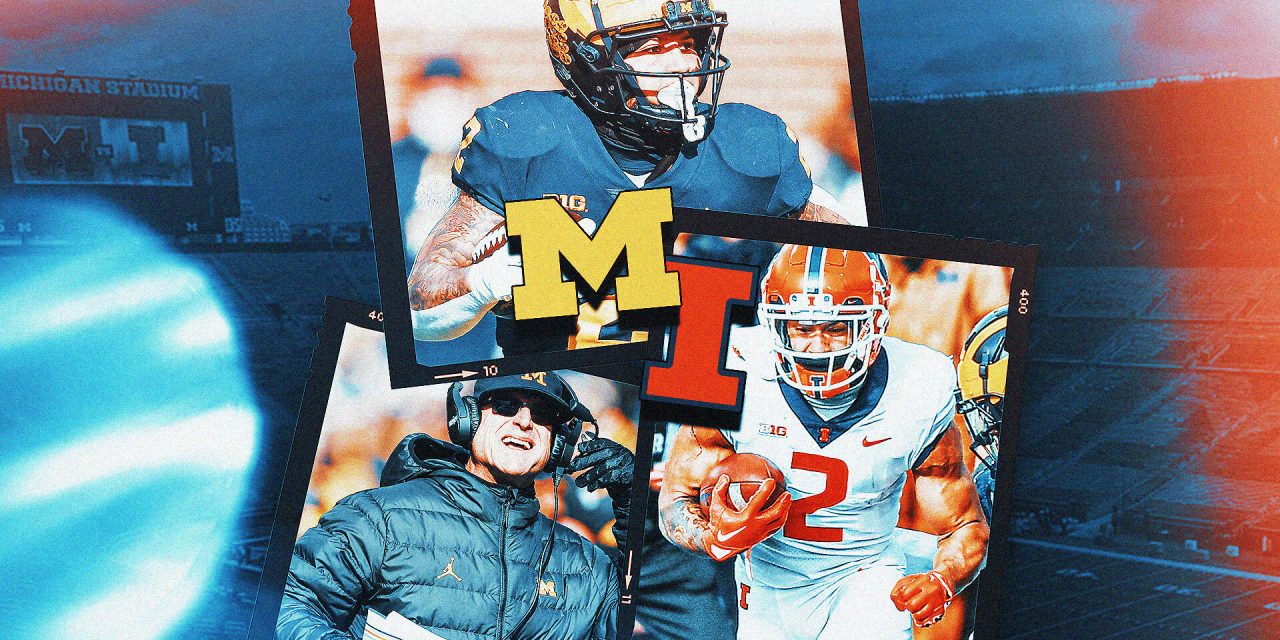 , Michigan had its marching orders ahead of a huge matchup vs. Ohio State: Beat Illinois and stay healthy. The mission was only partially accomplished.,

ANN ARBOR, Mich. — The hush washed over Michigan Stadium in an instant, more than 100,000 people falling silent in response to the horror along the sideline. Star running back Blake Corum — he of 1,457 rushing yards and 18 touchdowns in a bona fide Heisman Trophy campaign — lay motionless clutching his left knee following a low tackle from Illinois defensive back Xavier Scott.

As members of Michigan’s medical staff rushed across the field, the crowd pondered the implications of what Corum’s injury meant for today, next Saturday and beyond. Would their dominant 10-0 start to the season dissolve on the cusp of a rematch with No. 2 Ohio State? Would their path toward a second consecutive appearance in the College Football Playoff be rerouted to something less desirable?

But 20 minutes later, after a tepid reaction to the marching band’s halftime performance, the fans regained their collective voice. Corum emerged from the locker room unassisted, in uniform and ready to partake in second-half warmups. He returned to the field on Michigan’s second offensive snap before exiting the game for good a few minutes later.

That could have been the end for head coach Jim Harbaugh’s team, a group exposed as a one-trick pony forced to play without its thoroughbred. And yet a passing attack maligned as much for its fleeting presence as its general ineffectiveness cobbled together enough in the final minutes: gains of three yards, eight yards, five yards and a crucial pass interference penalty that handed the Wolverines 15 more.

They marched from their own 48-yard line to the Illinois 17, and kicker Jake Moody did the rest. His 35-yard field goal with nine seconds remaining completed a fourth-quarter comeback for a 19-17 win. The dream of an undefeated season continues.

Here are some takeaways from Ann Arbor:

Sticky situation at running back

With the potential for an undefeated showdown against Ohio State on the horizon, the Wolverines’ two primary objects on Saturday were to beat Illinois and avoid major injuries. The score, the aesthetics and the precise manner of victory were less important than simply getting the job done.

Michigan entered the game shorthanded at running back with Corum’s primary sidekick, former five-star prospect Donovan Edwards, unavailable after dropping out of last week’s win over Nebraska. The only other tailback with legitimate experience this season is true freshman CJ Stokes, an infrequent contributor with good efficiency.

Corum ignited the crowd with a 37-yard burst on the first play from scrimmage, jump-cutting at the line to find a hole and then juking defensive back Kendall Smith in the open field. He bookended the drive with three consecutive goal-line carries to plunge into the end zone for an early lead. By halftime, Corum was averaging better than five yards per carry on 17 attempts and gained 41 yards on a screen pass from quarterback J.J. McCarthy.

Though Corum returned for a few snaps at the start of the third quarter, most of the second-half carries were split between Stokes and reserve tailback Isaiah Gash. An Illinois defense ranked sixth nationally at stopping the run sliced Michigan’s average gain from 6.7 yards per play in the first half to 3.8 in the second as the Wolverines failed to reach the end zone in the second half.

No Corum, no explosiveness.

To some extent, the lavish praise heaped on Corum has obscured the exploits of Illinois running back Chase Brown, who arrived in Ann Arbor as the nation’s leading rusher with 1,442 yards — nearly three dozen more than anyone else in FBS. Last week’s loss to Purdue was the only time he’s been held below 100 yards this season.

His status for Saturday was complicated by a leg injury suffered in the final minutes against the Boilermakers, and a final decision on his participation didn’t come until a few hours before kickoff. He suited up, pounded the ball between the tackles and racked up 140 yards and two touchdowns on 29 attempts to frustrate one of the best defenses in the country.

Head coach Bret Bielema’s steadfast commitment to the running game proved instrumental in chipping away at the Wolverines. The Illini gained three rushing yards in the first quarter, 60 in the second and 75 in the third as Browns gains expanded from 3- and 4-yard dives to larger chunks that consistently moved the chains. He exploded through the right side and into open space for a 37-yard score that gave Illinois a 17-10 lead late in the third quarter.

Debate over the Big Ten’s best running back continues — and Minnesota’s star Mohamed Ibrahim would probably like a word — but Brown acquitted himself well.

For most Michigan fans, the expectation of what this year’s offense might look like shifted the moment Harbaugh declared McCarthy the starter after a prolonged competition with Cade McNamara, the player who guided the Wolverines to their first Big Ten title in 17 years last season. McCarthy had the bigger arm, better mobility and the type of game-changing charisma that McNamara, who was more of a game manager, lacked.

But the dominance of Michigan’s offensive line, coupled with Corum’s excellence and the smashmouth predisposition of its head coach, meant the Wolverines extended their run-heavy approach in a series of lopsided victories. They entered the weekend ranked fourth nationally in rushing with 2,514 yards and 188 more running attempts than passes. An argument could be made that an over-reliance on the run — albeit an effective one — stunted the growth of a passing offense averaging just 208.9 yards per game.

Believers in that hypothesis could point toward a series of off-target throws on Saturday as McCarthy threw high, wide and behind receivers on crossing routes over the middle. He completed just 18 of his 34 attempts for 208 yards against Illinois with a long of 27 on downfield attempts. Improper trajectories and a lack of touch unsettled the Michigan crowd, especially when he overthrew tight end Colston Loveland for what could have been the game-winning score with a little more than three minutes remaining. Two screen passes totaling 61 yards skewed the numbers even further.

And when McCarthy did throw accurate passes — like the one he dropped in a bucket after the Illinois defense appeared to jump offside — wideout Andrel Anthony allowed it to slip right through his hands for what would have been a touchdown in the third quarter. Gash also dropped a potential touchdown on a short pass out of the backfield in the fourth.

The passing game is a legitimate concern. There is work to do before traveling to Ohio Stadium next week.

Michael Cohen covers college football and basketball for FOX Sports with an emphasis on the Big Ten. Follow him on Twitter at @Michael_Cohen13.

in this topic
Michael Cohen

Rose Bowl: A perfect stage for the biggest moments in sports 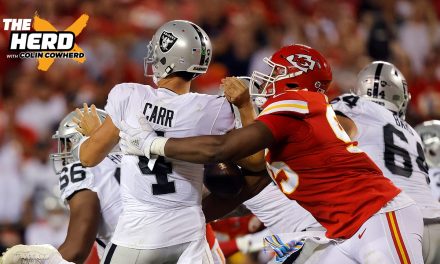 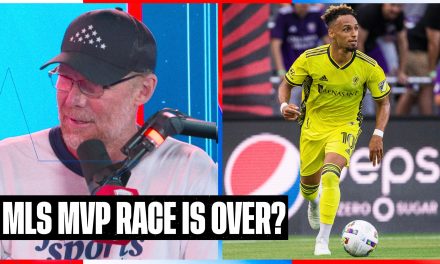 Is the MVP battle between Nashville’s Hany Mukhtar & Austin’s Sebastián Driussi over? State of the Union 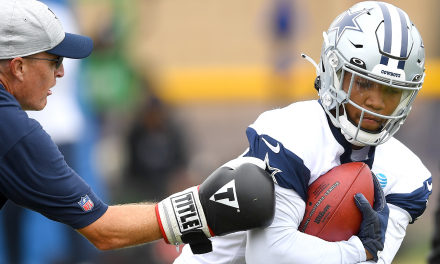