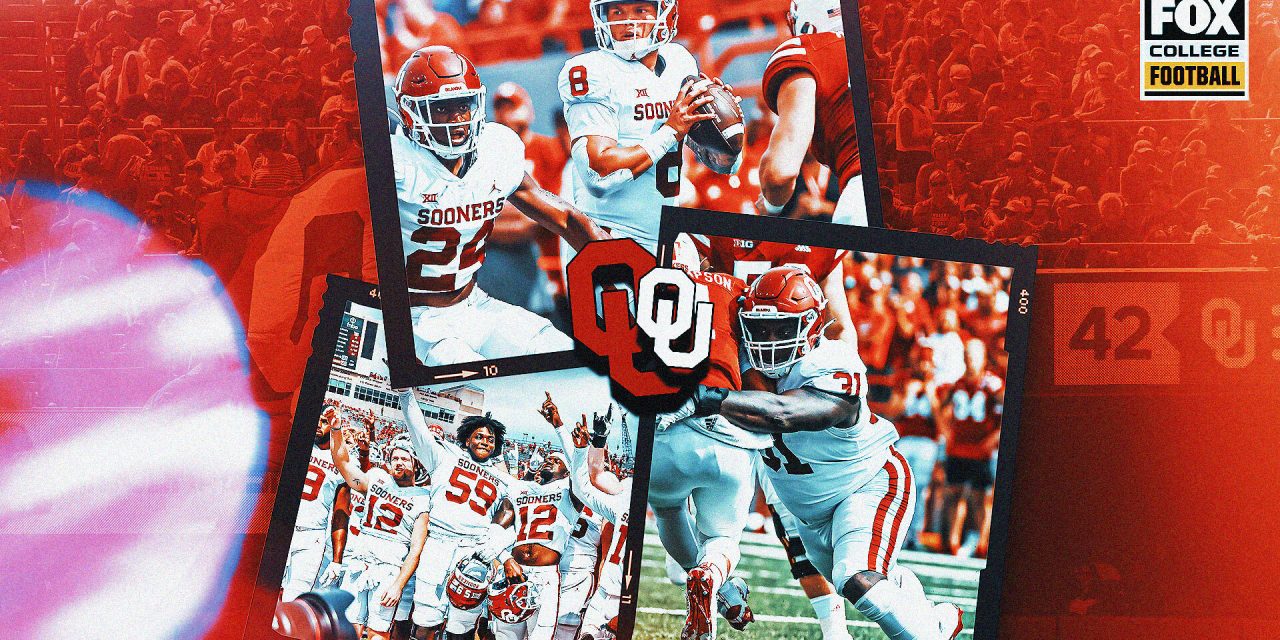 , Brent Venables’ Sooners have turned the page from the Lincoln Riley era with their rout of Nebraska, Bryan Fischer writes.,

Oklahoma spent an entire offseason trying to leave one Lincoln behind.

On Saturday, the Sooners left another Lincoln and may have effusively turned the page for good to a new era — albeit one full of familiar expectations. New coach, new players, same old position back atop the list as favorites to win the Big 12 after rolling old conference foe Nebraska, 49-14.

“The standard doesn’t change. When they go in, they need to play to a standard,” head coach Brent Venables said after the game. “We’re going to coach the same way.”

Dillon Gabriel led Oklahoma’s offense on a 49-point scoring spree as the Sooners rolled to a 49-14 victory.

Much will be made about the Cornhuskers dropping to 1-3 and the flurry of activity over the coming months as a result of an administration searching for a new head coach. But the rout at Memorial Stadium during “Big Noon” Saturday on FOX had far more national implications across college football as a coronation for the visitors.

That previously jumbled Big 12 picture going into the start of conference play? Well, it is time to acknowledge that the default of OU to win the league has been restored once again following the first statement victory under their new head coach.

Worries about Oklahoma’s offense without Lincoln Riley and Caleb Williams off to USC? It’s been three games and that doesn’t appear to be a concern anymore.

Much of that is down to the presence of Dillon Gabriel, the UCF transfer who might be firmly inserting himself into the early season conversation for the Heisman Trophy. That was always the potential upside of his transfer to Norman in January, but things have worked out even better than most thought at a program with a long history of transfer signal-callers being in New York come December.

Gabriel, in just his fourth road game at a Power 5 opponent in his career, barely broke a sweat against the once-formidable Blackshirts. He threw for 230 yards and two touchdowns in an efficient performance that saw him exit in the third quarter for a slew of backups.

The only pause for concern? Noting that Georgia Southern, the preseason pick to finish sixth in the Sun Belt East, marched up and down the same field the week prior and put up 45 points on these Huskers.

Still, the added dimension that Gabriel has brought to the uptempo attack was something Big 12 defensive coordinators will be sure to take note of. His silky smooth 61-yard scamper in the first quarter was a career-long rush, and his ability to escape pressure in the pocket is sure to evoke a comparison (or two) to some of his predecessors behind center in crimson and cream.

Dillon Gabriel hit Jalil Farooq with a dart to take give Oklahoma a 14-7 lead over the Nebraska Cornhuskers.

Gabriel and the new offensive staff, led by coordinator Jeff Lebby, have been on the same page with the finer points as well. On a second-quarter trick play, the quarterback smartly stepped up in the pocket to ensure his pass went behind the line on the initial throw and that the defense would be drawn in thinking it was a rush. That allowed Brayden Willis to launch a 24-yard strike to a wide-open Marcus Major and all but ensure the second half was dedicated to continued speculation about the Huskers’ head coach in 2023.

Cornhuskers fans chant “We want Urban!” during the opening moments of “Big Noon Kickoff” in Lincoln ahead of the Oklahoma-Nebraska game.

It helps OU’s case that our early look at the team under Venables is one that seems as balanced as it has been in several years. The defense notched four sacks and limited the Huskers to under four yards per play for most of the afternoon, playing nearly flawlessly by constantly overwhelming an offensive line that was supposed to be a strength for their Big Ten foes.

Nebraska took it 77 yards to the end zone on their opening drive and crossed midfield just once the rest of the way against the Sooners first-team defense.

How’s that for a new era in Norman?

Baylor, Oklahoma State and next week’s opponent Kansas State will all provide stiffer tests ahead. Texas pushed No. 2 Alabama to the brink, too. Each have their own flaws on both sides of the ball, however, something the Sooners have so far not quite revealed to the level many expected after so much turnover since falling in Bedlam last season.

“New” was a popular and apt descriptor for much of Oklahoma going into 2022. Yet here they are approaching conference play in a recognizable spot as the team the rest of the league will have to go through if they want to be holding up that Big 12 trophy at the end. 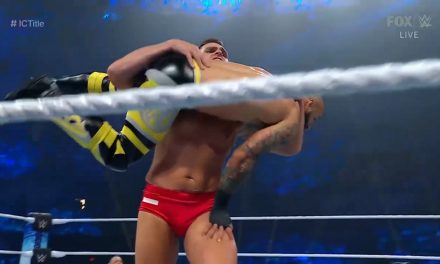 Ricochet’s Intercontinental Title is on the line vs. Gunther on Friday Night SmackDown I WWE on FOX, 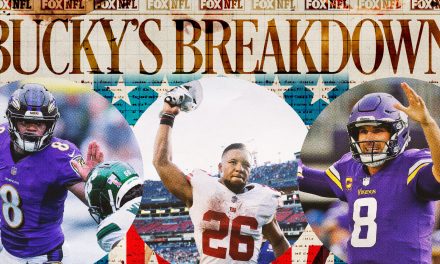 Kirk Cousins for MVP? Cowboys in trouble? Plus, who are NFL’s 10 best teams? 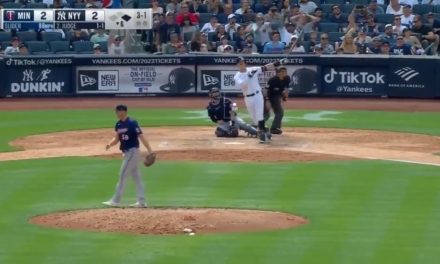