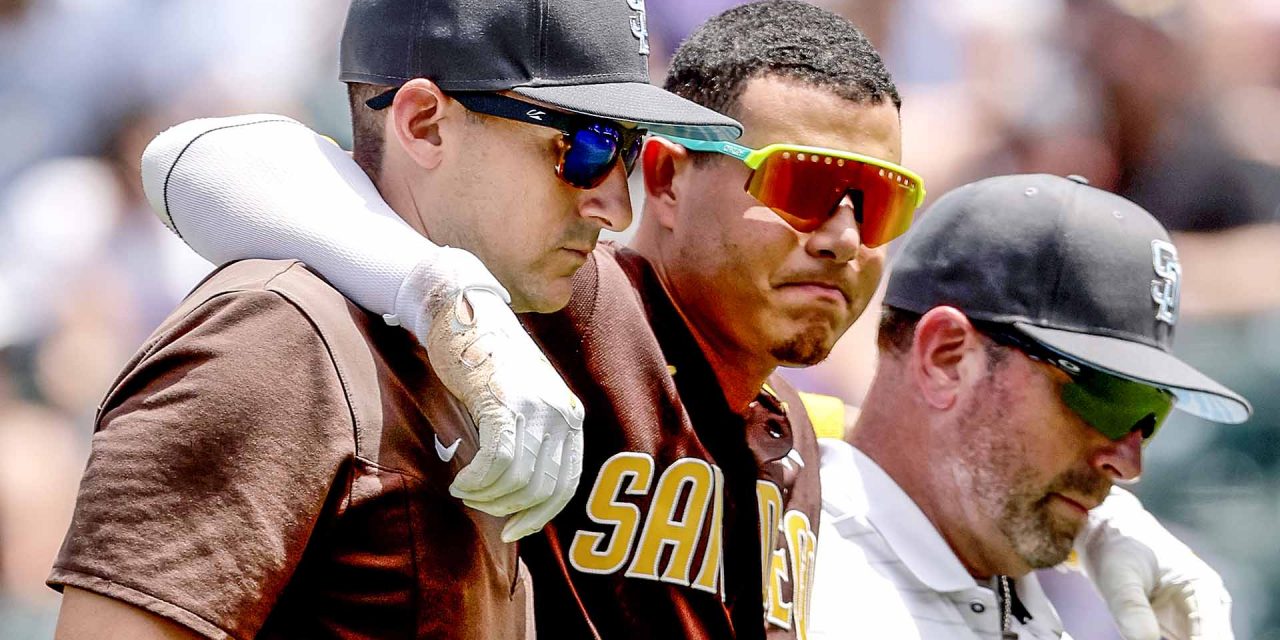 , Manny Machado exited the Padres’ game in Colorado on Sunday with an apparent ankle sprain.,

San Diego Padres star Manny Machado exited Sunday’s game at Colorado after injuring his left leg while taking a tumble at first base trying to beat out an infield grounder.

The Padres later revealed that X-rays had come back negative and Machado was diagnosed with a sprained ankle.

Machado, in the midst of a stellar season, stretched his left leg toward the base trying to beat the throw from pitcher Antonio Senzatela in the first inning. Machado’s cleat appeared to slip across the top of the bag and he fell to the ground, his left leg buckling beneath him.

The All-Star third baseman clearly was in pain, grimacing and clasping his hands around his lower left leg.

Machado was out on the play, the throw beating him by a half-step. Team trainers came onto the field to tend to Machado when he was down on the ground. He later sat up but was unable to put weight on the injured leg.

Machado was helped up and, with a trainer on each side of him, limped off the field and into the clubhouse for further examination. He was replaced in the lineup by Sergio Alcántara. Machado has been a mainstay in the Padres’ strong start to the season, helping to make up for the absence of injured Fernando Tatis Jr.

Machado entered Sunday’s game batting .329 with 12 home runs and 46 RBIs. He homered Saturday night in a loss to Colorado and has helped to anchor the Padres’ infield defense while providing a steady leadership presence in the clubhouse.

Angels 3B Anthony Rendon to have season-ending surgery

EU and Libra: Facebook’s Project Gets Challenged as ‘EuroCoin’ Looms 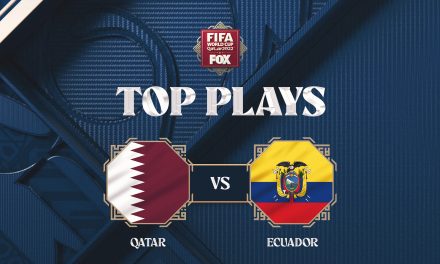 Brouwer after Blues fall to Leafs: ‘It was disappointing’,