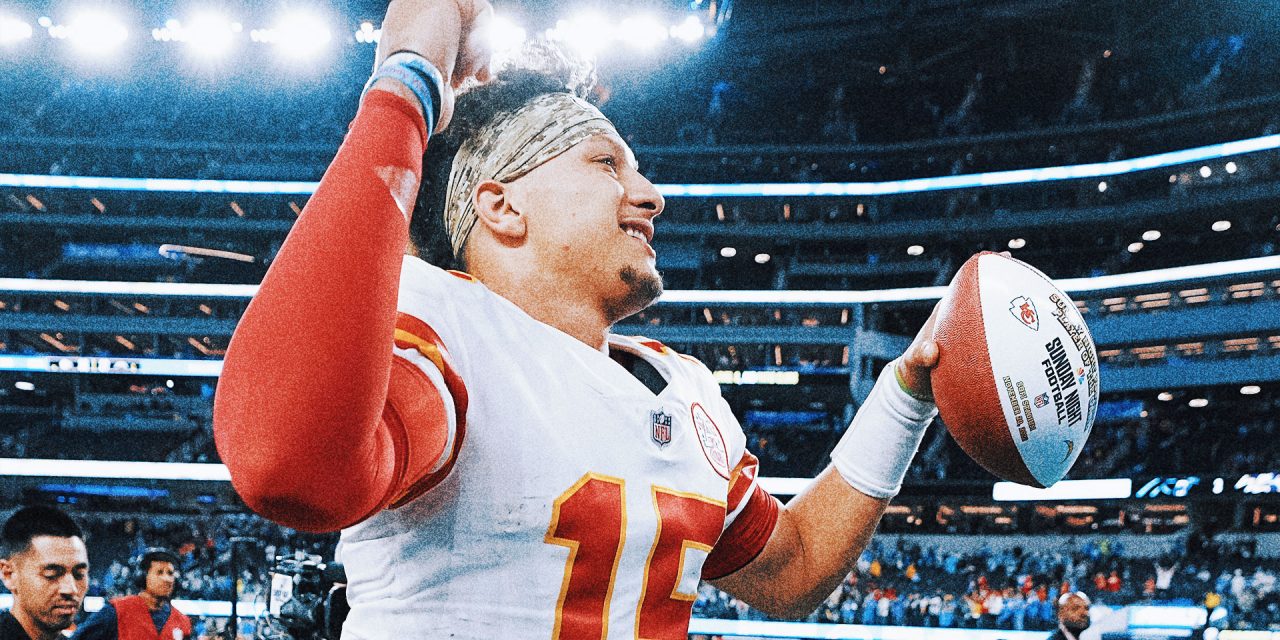 , Patrick Mahomes threw three TDs to Travis Kelce, including the game-winner in the final minute in yet another K.C. comeback win.,

INGLEWOOD, Calif. — The Los Angeles Chargers knew where the ball was headed on Sunday night at SoFi Stadium.

In a 30-27, come-from-behind victory over the host Chargers, the talented Kansas City Chiefs tight end finished with six receptions for 115 yards and three scores on eight targets, including the game winner — a 17-yard reception on a drag rub route as Pro Bowl safety Derwin James Jr. chased helplessly from behind with 31 seconds left to play.

“You hope to get things dialed up at the right moments,” Kelce said. “And sure enough, at the end of the game I knew he was trying to sit on my outside shoulder on a lot of the stuff, so anything vertical or on the outside he was locking me up pretty good.

“Coach [Andy] Reid saw that and called a play where I could get across the field and try to beat him with my legs.”

Kansas City’s All-Pro quarterback finished 20-of-34 for 329 yards, with three touchdowns and no interceptions. His counterpart, Justin Herbert, was nearly as impressive, completing 23 of 30 passes for 280 yards and two touchdowns, with one interception.

However, the Chiefs sacked Herbert five times. The seesaw game had six lead changes, including two touchdowns scored in the final two minutes.

With the victory, the Chiefs improved to 8-2 on the year, defeating the Chargers for the 15th time in the past 18 games. The Chargers dropped to 5-5 with the loss and will have to scrap to reach the postseason for the first time since 2018.

“Close isn’t good enough in this league,” James said about the loss. “I didn’t make enough winning plays to win the game. It hurts, but we got to move on and get ready for the next one.”

Even more impressive for the Chiefs was the impact of some of their rookies.

With the team’s top receivers out in JuJu Smith-Schuster (concussion) and Mecole Hardman (abdomen), the Chiefs played big-boy football, relying more on two and three tight end sets to create mismatches in the passing game and running the football.

“We have a lot of new faces,” Mahomes said. “And to see them excel in moments like these is special. Obviously, we’ve done it for a little bit in this organization now. But to have those new guys step in and make those plays, not only on the offense, but it seemed like at one point all the DBs were rookies or new guys. We’ve done a great job of bringing talented players in here, and they’ve stepped up and make great things happen.”

Down 23-20 midway through the fourth quarter, the Chargers got the ball back when linebacker Troy Reeder forced Kansas City running back Jerick McKinnon to fumble and Alohi Gilman recovered the ball on L.A.’s 36-yard line.

From there, Herbert drove the Chargers 64 yards on six plays, with the big one a 46-yard strike on a go route to Keenan Allen. Four plays later, Herbert found Joshua Palmer in the back of the end zone for a six-yard score. Palmer finished with a game-high eight receptions for 106 receiving yards and two touchdowns.

Unfortunately for the Chargers, they left 1:46 on the clock — too much time for Mahomes to lead Kansas City’s offense down the field for a score.

“This is what we practice day-in, day-out throughout the offseason,” Kelce said. “Coach Eric Bieniemy stresses us a lot about situational football. Two minutes to win the game down four, that’s a situation we harp on a lot. And it’s just a whole lot of fun. And the emotion to be able to persevere through that, it’s like a ticking time bomb. Once you get into the end zone, you just explode.”

The Chiefs have now won the past six games they’ve trailed at halftime, the longest active streak in the NFL.

The Cowboys we saw Sunday look like Super Bowl contenders

Behind the Scenes with the FOX NFL Crew: Jersey Boys cover Giants-Lions

Gaming Is Key to the Mass Adoption of Crypto 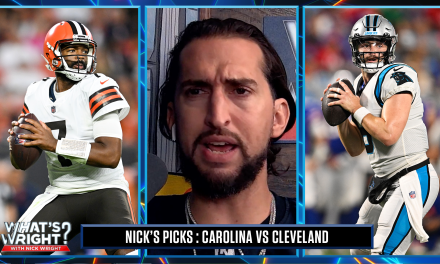 Circle Sells OTC Desk to Kraken to Focus On Stablecoin 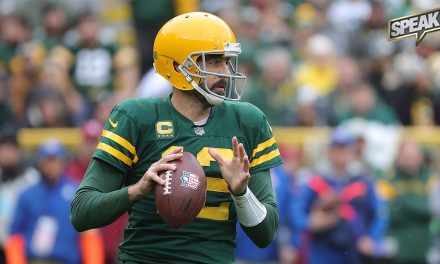 Is Aaron Rodgers to blame for Packers struggles this season? SPEAK