Another season of college football means another season of Rivals teaming up with PFF College to do a deep dive on player analytics. After every Missouri football game, we will use PFF College’s numbers to break down the Tigers’ performance as a unit and as individuals. Here is a breakdown of how the team performed in week two as well as how they did individually. For those unfamiliar with how PFF calculates its grades, an explanation can be found here.

Takeaways: The only grade that didn’t improve from last week is the rushing grade. Last week, it was a 70.7 and that grade was inflated because of quarterback Brady Cook’s career-high 106 rushing yards. Cook had seven carries for 71 yards on Saturday. The running backs combined for 16 carries for 58 yards last week and this week they combined for 26 carries for 89 yards and two touchdowns. The grade should be better this week than it was last week.

Although the stat sheet says Mizzou allowed two tackles for loss, running back Nathaniel Peat was almost single-handedly the reason for one of them by trying to juke defenders out behind the line of scrimmage. So, Mizzou’s offensive line allowed no sacks and one tackle for loss and had one illegal man downfield penalty. The run-blocking and pass-blocking grades are the best grades of the season. The pass-blocking grade hadn’t been over 70 once this season and the run-blocking grade had never even reached 66 this season.

This was the second time the passing grade has been north of 80 (80.7 in week three), but this was by far the best passing grade of the season. It was one of Cook’s three best games this season (more on Cook later).

The receiving grade is a little less than three points higher than last week, but the wide receiving core looked much better in week 11. Dominic Lovett, Barrett Banister and Tauskie Dove had four receptions for at least 47 yards with Dove and Lovett scoring touchdowns. On Saturday, only Banister and Luther Burden III had three or more catches.

Takeaways: This was one of Missouri’s more complete performances of the season. The Tigers did commit six penalties for 38 yards, but they also won the turnover battle, held New Mexico State five points below its season average in points and nearly 30 yards below their season average in total yards. Mizzou had 15 pressures, six tackles for loss and a pair of sacks.

The coverage couldn’t have been too much worse versus Tennessee in week 11, so understandably after allowing over 460 passing yards the coverage grade (53.2) last week was the Tigers’ worst coverage grade of the season. This week, it was significantly better with the secondary getting five pass deflections and two interceptions with one of them being returned for a touchdown.

Note: Players qualify for top performers if they record 15 or more snaps.

Hoerstkamp had the best game of any tight end this season with two receptions for 32 yards and a touchdown. Hoerstkamp’s first target was a 32-yard receiving touchdown with him getting about 30 yards after the catch. It marked Hoerstkamp’s first career touchdown. He got his first start of the season and played a season-high 32 snaps.

Javon Foster’s total offensive grade is a little below his season average, but he had a solid outing nonetheless. He did have his eighth game with a pass-blocking grade above 75 at 75.8.

Running back Cody Schrader had 18 carries for 70 yards and two touchdowns and finished the game with a total offensive grade of 70.0.

*PFF College has a few errors with its stats. Some of the stats may be off slightly, but hopefully, you get the idea of how we break down his day.

Last week, Cook had his best game of the season when he went 19 of 32 for 217 yards and two touchdowns. He also had 16 carries for 106 yards. In week 12, he had a performance that rivaled that, by completing 19 of 27 passes for 251 yards and three touchdowns. Cook added 71 rushing yards on seven attempts.

He was 4 of 6 for 78 yards on passes further than 10 yards. It is important to note Cook missed a number of wide-open deep shots that would’ve gone for touchdowns most likely. At least three. One of Cook’s incomplete deep shots was to Lovett who had to slow up and try and make a play in double coverage. Cook has struggled to throw the deep ball all season, but Saturday was more about the deep shots Cook didn’t take instead of about the inaccuracy issues he’s had on those passes. He finished the game with a passing grade of 58.3 on passes that traveled over 20 yards.

Cook was at his worst when he was under pressure completing 2 of 4 passes for nine yards for a grade of 58.0. He had a grade of 62.9 after completing both passes for seven yards when being blitzed.

Realus George Jr. had a tackle and a quarterback hit and it resulted in his highest total defensive, run defense (77.0) and pass defensive (79.2) grades. His pass rush grade was the highest on the team.

Jalani Williams had his first career interception and a coverage grade of 88.6 which is second behind Carnell.

Chad Bailey had five tackles and 1.5 tackles for loss he finished the day with the highest run-defensive grade on the team at 87.0 and the highest tackling grade at 82.4.

Darius Robinson had four tackles and a tackle for loss. He has 4.5 tackles for loss in his last four games.

Mizzou’s offense wasn’t without its problems on Saturday either 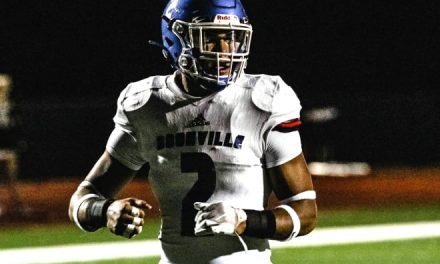 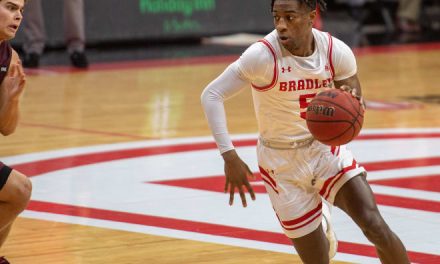