CINCINNATI — A player who could hit and play sterling defense while providing numerous intangibles, former third baseman Scott Rolen was rewarded on Tuesday with the call from Cooperstown that he was elected to the Baseball Hall of Fame.

Rolen’s name was checked on 76.3% of ballots cast by voters from the Baseball Writers’ Association of America, which was just enough. Eligible candidates need to receive at least 75% of the vote for election. Rolen was gathered with his wife, two kids and extended family grilling steaks when the big phone call came. He never got back to the grill.

“There was actually never a point in my life that I thought I was going to be a Hall of Fame baseball player. I think we can start there,” Rolen said.

A star for 17 seasons from 1996-2012, Rolen played for the Phillies, Cardinals, Blue Jays and Reds, and he was a member of the ’06 World Series championship team with St. Louis.

Viewed as the best defensive third baseman of his era, Rolen was an eight-time National League Gold Glove winner. That is good for fourth most all time among third basemen behind Brooks Robinson (16), Mike Schmidt (10) and Nolan Arenado (10).

“As I got to pro ball, I started watching more of him, and when I was in Colorado, they would tell me, ‘You’ve got to see how he moves his feet.’ They would show me highlights of [Adrian] Beltre, Mike Schmidt and Scott Rolen,” said Arenado, the current Cardinals third baseman. “One thing I admire about Scott Rolen was that he was so big, and you don’t realize how big the man is until you get next to him. To be that good, that agile, move as well as he did and have as good of an arm as he did — that’s hard to do. I was always impressed with how big he was and how well he moved. I think he’s a Hall of Famer, and he deserves it.”

In between, Rolen was also an achiever in areas of the game harder to underscore with statistics. He never stole more than 16 bases in a season but was considered a plus baserunner for taking the extra base when needed. Inside the clubhouse, teammates viewed him as a dependable leader by example.

“I saw myself as a 245-pound rumbling, bumbling guy that was going to try to kill the second baseman to break up a double play and be announced as a big guy that runs pretty well,” Rolen said. “I always kind of tried to play defense with an offensive mentality and just tackle the thing.”

Rolen has a lifetime WAR of 70.0, according to Baseball-Reference.com, which is ranked 10th all time for third basemen — behind nine Hall of Famers and Adrian Beltr?, who is not yet eligible for the ballot. Of the 17 third basemen currently in the Hall of Fame, the average WAR is 68.3.

“I took pride in defense and baserunning. I thought those were two aspects that I could really contribute on a daily basis on the field,” Rolen said.

Finally, the wait is over. Rolen is the first third baseman to reach the Hall since Braves great Chipper Jones in 2018. He will be inducted alongside Fred McGriff on July 23 in Cooperstown, N.Y.

Born and raised in Indiana and currently living in Bloomington, Rolen was a second-round pick by the Phillies in the 1993 MLB Draft. At the age of 21, he made his big league debut with the Phillies on Aug.1, 1996 — against one of his future clubs, the Cardinals — and went 1-for-4.

“The highlight of my Hall of Fame career was the first day I got called up in the Major Leagues and I watched my parents walk into the stadium,” Rolen said. “I choked up on the field and had a hard time finishing the inning.”

One of Philadelphia’s key producers, Rolen reached his first All-Star Game in 2002, a season in which he hit 31 homers.

“Philadelphia was privileged to have witnessed the beginning of his extraordinary baseball career. In addition to being one of the most impactful offensive and defensive players of his era, Scott played the game the right way,” Phillies managing partner John Middleton said in a statement.

But 2002 also proved to be his swan song with the Phillies; after informing the front office that he would not re-sign upon reaching free agency after the season, Rolen was traded to the Cardinals on July 29, 2002, for pitchers Mike Timlin and Bud Smith and infielder Placido Polanco.

“They taught me how to play the game. My six years in Philadelphia, I wouldn’t trade for anything in the world,” Rolen said. “It taught me who I was as a player and what I was going to do for them, how I was going to work no matter where I went.”

Rolen’s prime years came in St. Louis, where he enjoyed four consecutive trips to the All-Star Game and hit a career-high 34 homers in 2004. During a five-game World Series victory for the Cardinals over the Tigers in ’06, Rolen batted .421 and hit a Game 1 homer against Detroit’s Justin Verlander. It was during that postseason that he also clashed with manager Tony La Russa.

“On behalf of the entire St. Louis Cardinals organization, I would like to congratulate Scott Rolen on the well-deserved honor of being selected to the National Baseball Hall of Fame,” Cardinals chairman Bill DeWitt Jr. said in a statement. “Scott was a cornerstone of our infield and lineup during his six seasons in St. Louis, and helped create many fond memories as part of the great Cardinals teams of the mid-2000s.”

Following the ’07 season, the club traded Rolen to the Blue Jays for third baseman Troy Glaus.

“I loved playing with him. I learned so much,” Reds first baseman Joey Votto said in an Instagram post. “If any player is lucky enough to have a role model and a teammate like him, they’re as lucky as it gets. I shaped my career, my effort, my work in his mold. He’s a Hall of Famer today, deserving. I have nothing but respect for him and his achievements.”

“When Walt brought me there, he challenged me a little bit,” Rolen explained. “He said, ‘When you see something … please speak. That’s why you’re here.’

“Starting pitcher goes out and there’s a guy laying on the couch [in the clubhouse]. I walk past and it’s not my business. Then I see Walt on my shoulder. ‘God dang it, I’ve got to go back.’ So I just went back and spoke up a little bit, hopefully in a respectful manner but in a way that this is our job, this is a professional atmosphere and you conduct yourself as professionals and are respectful to your teammates and it will be reciprocated.”

Throughout his career, Rolen remained humble and maintained the example taught to him by his parents, Ed and Linda.

“I’m from Southern Indiana,” Rolen said. “It’s a hard-working community that values hard work and going to work and getting your job done and doing things right and treating people hopefully well and with respect.” 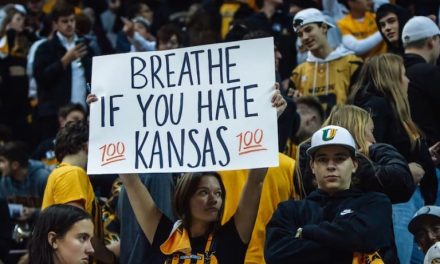