CINCINNATI — A player who could hit and play sterling defense while providing numerous intangibles, former third baseman Scott Rolen was rewarded on Tuesday with the call from Cooperstown that he was elected to the Baseball Hall of Fame.

Rolen’s name was checked on 76.3% of ballots cast by voters from the Baseball Writers’ Association of America. Eligible candidates need to receive at least 75% of the vote for election.

A star for 17 seasons from 1996-2012, Rolen played for the Phillies, Cardinals, Blue Jays and Reds, and he was a member of the ’06 World Series championship team with St. Louis.

Viewed as the best defensive third baseman of his era, Rolen was an eight-time National League Gold Glove winner. That is good for fourth most all time among third basemen behind Brooks Robinson (16), Mike Schmidt (10) and Nolan Arenado (10).

“As I got to pro ball, I started watching more of him, and when I was in Colorado, they would tell me, ‘You’ve got to see how he moves his feet.’ They would show me highlights of [Adrian] Beltre, Mike Schmidt and Scott Rolen,” said Arenado, the current Cardinals third baseman. “One thing I admire about Scott Rolen was that he was so big, and you don’t realize how big the man is until you get next to him. To be that good, that agile, move as well as he did and have as good of an arm as he did — that’s hard to do. I was always impressed with how big he was and how well he moved. I think he’s a Hall of Famer, and he deserves it.”

In between, Rolen was also an achiever in areas of the game harder to underscore with statistics. He never stole more than 16 bases in a season but was considered a plus baserunner for taking the extra base when needed. Inside the clubhouse, teammates viewed him as a dependable leader by example.

Rolen has a lifetime WAR of 70.0, according to Baseball-Reference.com, which is ranked 10th all time for third basemen — behind nine Hall of Famers and Adrian Beltr?, who is not yet eligible for the ballot. Of the 15 third basemen currently in the Hall of Fame, the average WAR is 68.3.

Finally, the wait is over. Rolen is the first third baseman to reach the Hall since Braves great Chipper Jones in 2018. He will be inducted alongside Fred McGriff on July 23 in Cooperstown, N.Y.

Born and raised in Indiana and currently living in Bloomington, Rolen was a second-round pick by the Phillies in the 1993 MLB Draft. At the age of 21, he made his big league debut with the Phillies on Aug.1, 1996 — against one of his future clubs, the Cardinals — and went 1-for-4.

One of Philadelphia’s key producers, Rolen finally reached his first All-Star Game in 2002, a season in which he hit 31 homers. But it also proved to be his swan song with the Phillies; after informing the front office that he would not re-sign upon reaching free agency after the season, Rolen was traded to the Cardinals on July 29, 1996, for pitchers Mike Timlin and Bud Smith and infielder Placido Polanco.

Rolen’s prime years came in St. Louis, where he enjoyed four consecutive trips to the All-Star Game and hit a career-high 34 homers in 2004. During a five-game World Series victory for the Cardinals over the Tigers in ’06, Rolen batted .421 and hit a Game 1 homer against Detroit’s Justin Verlander. It was during that postseason that he also clashed with manager Tony La Russa. Following the ’07 season, the club traded Rolen to the Blue Jays for third baseman Troy Glaus.

“You watch a great player with a fantastic track record perform in front of your own eyes, you think, ‘Whoa, this guy is really darn good.’ Then you get to play with him and watch how he works and his demeanor and all of a sudden, it changes your perspective,” Reds first baseman Joey Votto said in 2020. “You say, ‘Wow, I want to be more like that.’ Playing with Scott was perfectly timed for a lot of our team.”

“He was a guy that I knew his work ethic, his will and drive to win and be a good ballplayer was something that was important to instill in our young players,” Jocketty told MLB.com in 2020. “That’s exactly what he did.” 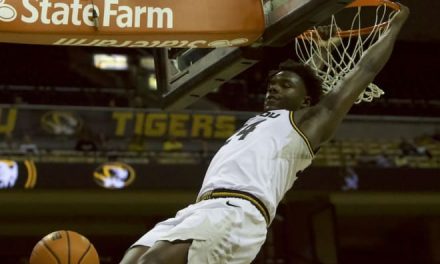 Stats that stood out against SIU Edwardsville