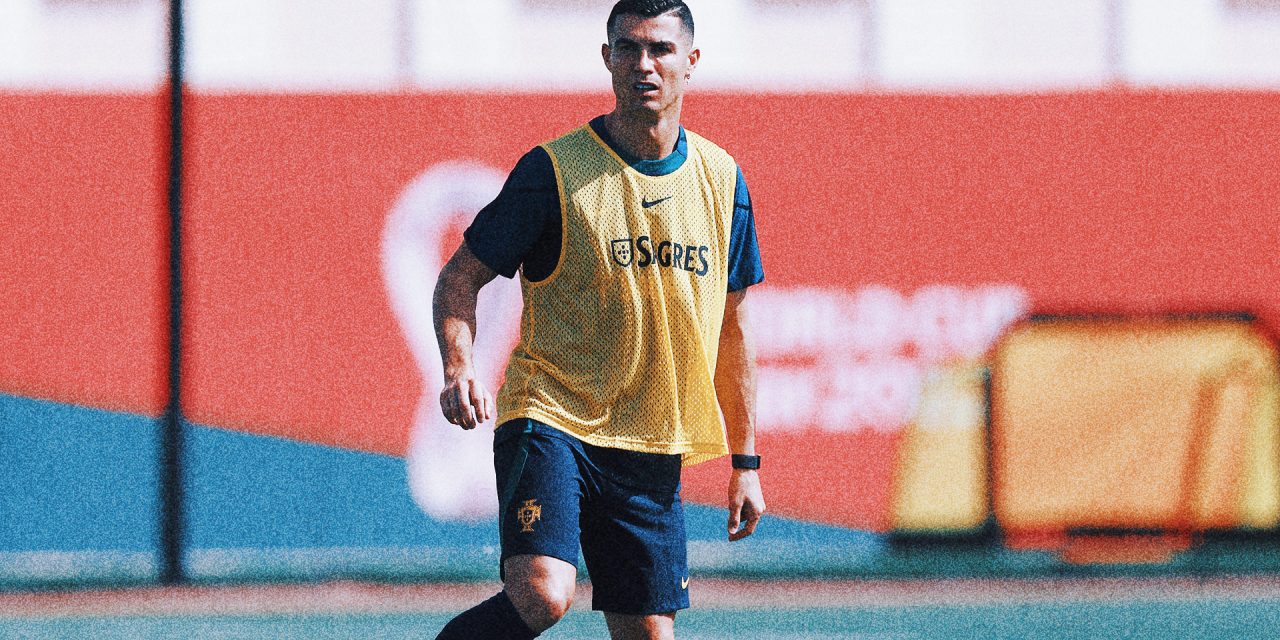 , Cristiano Ronaldo has made it hard for Portugal to keep its focus on the World Cup, and that continued Wednesday after a news conference the superstar didn’t even attend.,

Cristiano Ronaldo was out of sight at the World Cup on Wednesday afternoon, but definitely not out of mind.

Who are we kidding, when is Ronaldo ever “out of mind?”

The Portugal superstar, just hours after it was announced he had sensationally left his club, Manchester United, by mutual consent, and that he has been suspended and fined by the Football Association for two matches with whatever club he lands with next, skipped his media duties as national team captain and was replaced by teammate Bruno Fernandes at the squad’s official FIFA news conference ahead of its Thursday clash with Ghana in Group H (11 a.m. ET on FOX and the FOX Sports app).

When Ronaldo talks, it is a big story. When he doesn’t, it is arguably an even bigger one.

Ever since the six-time World Footballer of the Year fell out of favor at English Premier League club United, it has been a whirlwind. The kind of whirlwind that only a guy who is one of the most famous people on Earth, with an Instagram-record following of 502 million, can generate.

After his relationship with club manager Erik ten Hag deteriorated, Ronaldo launched into an explosively critical interview with Piers Morgan days before the World Cup. Unsurprisingly, the surrounding ruckus has comprehensively overshadowed the lead-up to Portugal’s campaign.

Try as they might, Portugal head coach Fernando Santos, Fernandes and even Ronaldo himself have been unable to shift the focus onto the team’s efforts to contend for the title as one of the fringe favorites.

“(People) usually make a huge noise about things that are going on and with Cristiano being so famous, it happens,” Fernandes told reporters. “But the strongest group is the one that wins.”

It is not entirely unprecedented for national team captains to miss their pregame public appearances. In 2014, the United States’ Clint Dempsey sat out his team’s availability ahead of a World Cup group match against Portugal, and was replaced by colleague Jermaine Jones.

Yet in Ronaldo’s case it was inevitable that his no-show would be connected directly with the furor surrounding his United exit, and speculation about where he might end up next.

Even in his absence, the Ronaldo circus continued. Each of the first 10 questions, perhaps inevitably, was about him, much to the visible annoyance of Santos.

Santos, a little unconvincingly, denied the Ronaldo saga had been a distraction.

“I don’t think so,” Santos said. “I think this is something that hasn’t even been discussed. There’s been no comment about that in our time together, on the pitch or whenever we are resting. The conversation has not come up at any moment, not even from him.

“If the players are talking in the rooms when they are alone, I can’t say. They have the time to do whatever they want. For me, the important thing is the players are very focused and have great spirit.”

Could Ronaldo play in MLS?

The press event Ronaldo skipped became quite a scene.

Fernandes looked uncomfortable, Santos fluctuated between looking mad and being jocular, and reporters from various continents got angered by the translation service malfunctioning. When Fernandes chose to only answer questions in Portuguese, the whole thing had an element of farcical comedy about it.

If you were wondering how this might affect Portugal on the field, who knows? It is worth bearing in mind that Ronaldo has been on the national team since for nearly two decades, so they are mostly used to it. In some ways his status and all that comes with it can be an advantage, as it takes the spotlight and pressure off everyone else.

The squad suffered disappointment in 2018, messing up a chance to top Group B by conceding in the last minute to tie Iran, then losing in the round of 16 to Uruguay. In 2014, they failed to get out of the group, the USA beating them to second place behind Germany.

With Lionel Messi and Argentina having stumbled in their opener against Saudi Arabia, Ronaldo – always compared with his rival – will be especially keen for a strong start against Ghana, the lowest-ranked and youngest team in the World Cup.

“We know what the World Cup means to Cristiano and his focus has always been there,” said Fernandes, who was teammates with Ronaldo at United. “It was good for me while it lasted (with Ronaldo in Manchester). Now Cristiano has taken a different decision for his career and his family and we have to respect that.

“As for Cristiano, I don’t believe what he has done or decided will have any impact on the national team. Our focus in 100 percent on Portugal.”

Everyone else’s focus? That, as ever, is on Ronaldo. 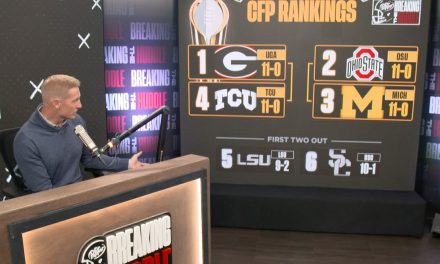 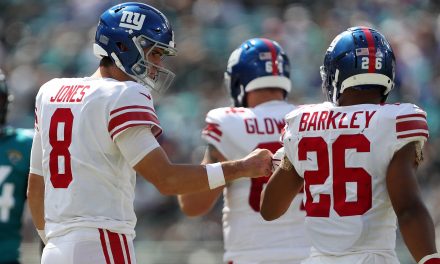 Surprising Giants have playoffs in their sight coming off bye week 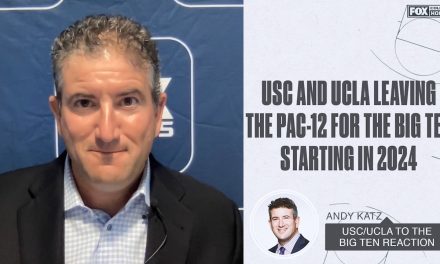 Andy Katz Reacts to USC & UCLA leaving the Pac-12 for the Big Ten | CBB on FOX, 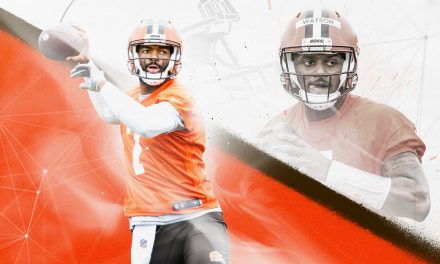