Sell or hodl? How to prepare for the end of the bull run, Part 2 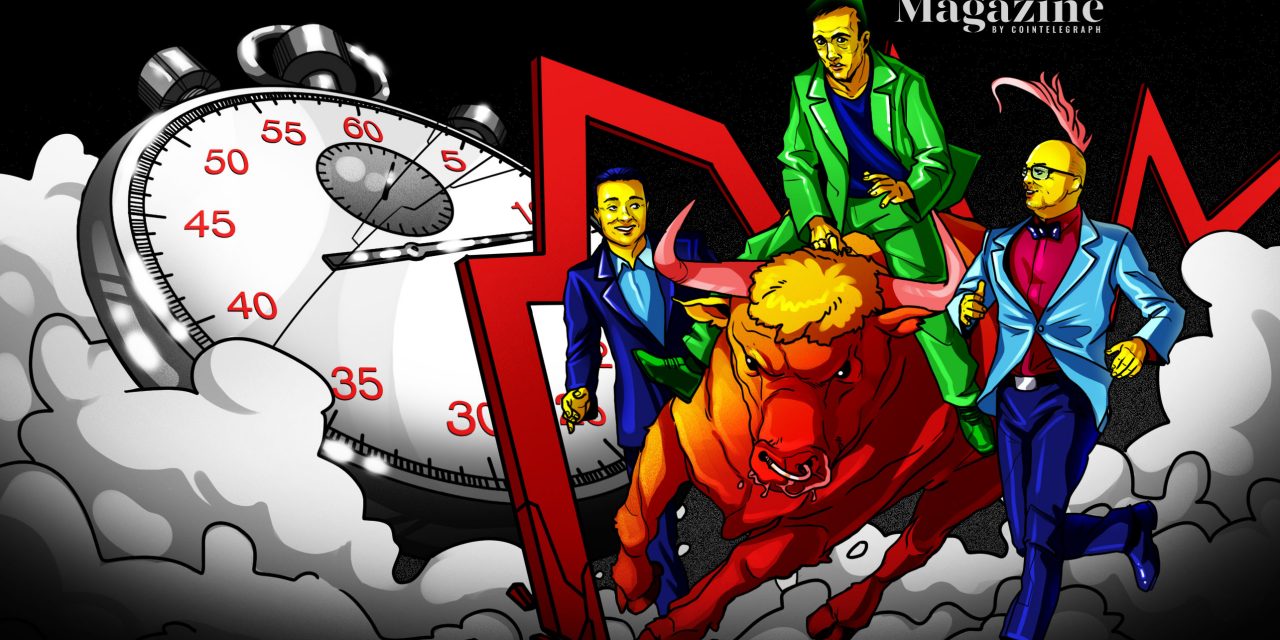 To read Part 1 of “How to prepare for the end of the bull run,” click here.

So, you’ve made a million bucks this cycle and you’re trying to work out how to transform those life-changing gains into money in the real world before the inevitable crash. But at the same time, you don’t want to sell now and miss out on potential upside. So, what should you do?

For Quantum Economics founder Mati Greenspan, the answer is simple: Be optimistic. He’s not an advocate of trying to time the market.

“As somebody who has been trading my entire life — I mean, way before cryptocurrencies — you’ll find that it always pays to be optimistic, and pulling out your money from the market has almost never been a good long-term strategy. Not for any market over almost any time frame.”

Greenspan points out that even those few people who bought Bitcoin at the top of the 2017 bull run are up 250% just three and a half years later.

“Anybody who was wise enough to foresee the crypto winter and took all of their money out, when do you get back in? Nobody can time the markets to a T. The best we can do is to kind of figure out, given the information that we have, what are the best investments to make over time.”

Quantum Economics founder Mati Greenspan.No one can predict the top

Unlike Decentrader analysts Filbfilb and Philip Swift in Part 1, Greenspan doesn’t believe it’s possible to use on-chain indicators to accurately foresee the end of a bull run. He warns that unexpected events like bad regulatory news from China or a tweet from Elon Musk can occur at any moment, sending markets into bear mode.

Filbfilb says that this is why good traders don’t just look at one type of data but consider on-chain analysis in the context of sentiment, cyclical data, technical analysis and everything else to gauge where the market is headed.

“If you’re sort of sitting around waiting for some on-chain analysis to tell you the answer, and we have a black swan event, you’re not going to do anything about it in time,” says Filbfilb. He adds that even black swan events don’t present major issues for sophisticated traders, pointing out that the March 2020 “Black Thursday” crash had been foreshadowed for weeks:

“If that kind of thing were to happen again, as a trader myself, I would have enough time to take action. I’m in and out of the market all the time.”

“For me, it’s a much more fluid situation. I’ve got other tools, like I know how to hedge. I’ve got other different ways of managing risk, which means I don’t necessarily have to sell my Bitcoin in order to get myself into a position where I can cover any downside risk.”

Needless to say, it takes a lot of hard work, time and training to be able to play the market like Filbfilb. What about the rest of us?

Filbfilb recommends taking enough profit to keep yourself happy in the downturn. “If you’ve made life-changing money, consider changing your life a little bit now. For me, I personally have done that — I’ve taken some money off the table,” he says.

“What that’s allowed me to do is to sort of be able to hold on for the rest of the cycle, potentially to much higher prices.”

Scott Melker is the Wolf of All Streets.

Scott Melker, also known as “The Wolf of All Streets,” agrees that taking profits on your trades all the way up is the key to success, whether at predetermined levels or more randomly. “People should be taking profit on the way up just as you should be dollar-cost averaging into an asset on the way down,” he says.

This has the added benefit of reducing the chance that you’ll make a big mistake by selling too early, too late or too much, when you believe the top has arrived.

“You know, when you’re taking profits, every time you sell something you’re taking the pressure off your future decisions. Which is mentally a very good place to be.”

He adds, however, that you are allowed to have diamond hands with your high-conviction, long-term holds. “I buy Bitcoin for my kids — I am not worried about cycles,” he says.

The constant process of adjustment

Greenspan’s approach is to take profits when he needs the money, and he switches his allocations from coins that have had a big run-up to newer projects he believes will perform better in the future. He tends to take profits 10% at a time at various stages — back in Bitcoin or to cycle into new investments.

“You can limit the downside in your portfolio while maintaining upside potential through diversification,” he says.

While he’s not convinced it’s even possible to identify the market’s top when it occurs, he points out that it’s usually fairly obvious when you are in a bear market or bull market — so, you should act accordingly.

“Prices are going down, and they’re expected to go down: That’s the time to reduce exposure. I don’t see any reason to try and pinpoint the top,” he says.

“We can recognize when we’re in a bear market — that’s the time to hunker down. So, take things in, consolidate your portfolio, take off the leveraged bets,” he adds.

Having witnessed the end of the 2017 bull market, Melker says that peak euphoria and overly bullish sentiment from retail newcomers are the most reliable top signals.

“Sentiment will be a better indication than charts,” he says. “We saw it in 2017 when people who have never heard of crypto before and still don’t understand it are telling you how they need to buy it.”

He recalls a friend’s nanny buying “shares of Ripples” after seeing it on CNBC in 2017. “Those are pretty major top signals,” he says.

“If you’re looking at a chart, maybe it’s a shooting star candle on the monthly where the price went way up and comes all the way back down and had this long wick up on massive volume bigger than anything you’ve seen previously. Those are the kinds of things you look for. There’s peak euphoria and then the price not being able to advance on that euphoria.”

While the excitement around dog tokens like Shiba Inu and memecoins on Binance Smart Chain seemed like top signals a few months ago, Melker believes that crypto is now big enough for bubbles to expand and pop in various pockets of the market without tanking everything. He points to DeFi Summer along with this year’s rise and fall — and rise again — of NFTs as examples.

“Things like DOGE and Safemoon are their own insular bubbles, in my opinion, but I do not think that they’re indicative of a larger bubble of the entire market,” he says. “If we see that sort of behavior on Ethereum or Bitcoin, it will be time to take notice.”

Bitcoin’s market cap has gone up and up since 2013.

Greenspan says the focus on trying to pick the end of the cycle distracts people from the bigger picture. The way he sees it, the market has essentially been in one long bull run since the global financial crisis. Sometimes the price gets a little ahead of itself and pulls back temporarily, but the overall trajectory is up.

“What happened in 2014 for Bitcoin, the same thing happened in 2018 — it got ahead of itself,” he says. “I don’t think we’ll see another crypto winter like we did those two times.”

This is actually something on which all of the interviewees for this piece agreed: None of them foresee an 80% drop with a protracted grind along the bottom as was seen in 2018/2019.

“I think we’ll see some healthy corrections, but we’re continuing up,” says Melker. “I’ll be surprised if Bitcoin does not reach well into six figures in this cycle.”

Bobby Lee is the author of The Promise of Bitcoin.

Bobby Lee, CEO of Ballet and author of The Promise of Bitcoin, believes BTC is on its way to becoming a global reserve asset like gold, silver and bonds — that it’ll be worth millions and held by nation-states. “Bitcoin, in my mind, is worth at least one, two or even several million dollars,” he explains.

So, if you share this view, if you hodl for long enough you’ll become a winner. Even if you don’t, Lee advises to not give in to the temptation to try and sell out at the top so that you can buy more at the bottom.

“It’s not possible — no one can catch the top,” he says, adding that not even his brother, Litecoin founder Charlie Lee, picked the exact top in 2017 to sell all of his stash.

“If you ask my brother, I don’t think he caught the top. […] He unloaded his Litecoin, but he didn’t unload all his crypto,” he says.

“The way to profit is to hodl all the way up to $100 trillion. But most people want to take some money off the table as it goes up. So, the prudent method is to set aside small amounts you must sell at fixed price intervals going all the way up to a million dollars.”

Increasingly, crypto’s best and brightest are starting to think that the era of four-year market cycles may be coming to an end and that the market is actually moving into a “supercycle” as mass adoption arrives. With institutions adding Bitcoin to their balance sheets and central banks embracing modern monetary theory and printing endless dollars as a policy, the industry is certainly entering uncharted waters this time around.

“There’s an argument are we going into a supercycle, which means that Bitcoin will effectively become the store of value,” Filbfilb says. “And if that happens, we may be in a much longer cycle.”

“If the dollar continues to be debased, etc., then there’s no reason why anybody would really start dumping their Bitcoin because there’s nowhere for the value to go.”

Melker also believes that Bitcoin could potentially be in a supercycle and notes that time in the market beats timing the market.

“If you believe in Bitcoin one day will be six figures, if you believe it’s going to a million dollars, […] you just start buying,” he says. “If you invest money that you can afford to lose, and you do it with a long time frame in mind, then you don’t even have to be concerned about the top.”

“Like any other market in history, the best way to approach it is to slowly put money in that you will never need to touch and let it go to work for you for a long period of time. That’s how people have acquired generational wealth in the stock market since the beginning, and it should be no different with Bitcoin — except it’s accelerated.” 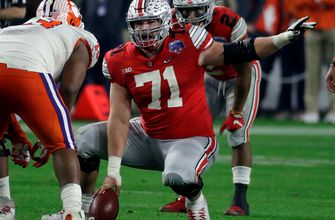 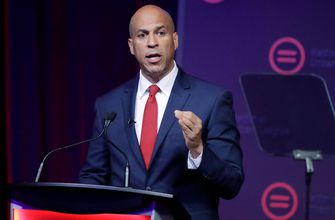 Amazon Pay VP Says No Current Plans to Create Crypto: ‘We Don’t Deal in the Speculative’