State of Big Ten football: Ohio State, Michigan and a host of challengers 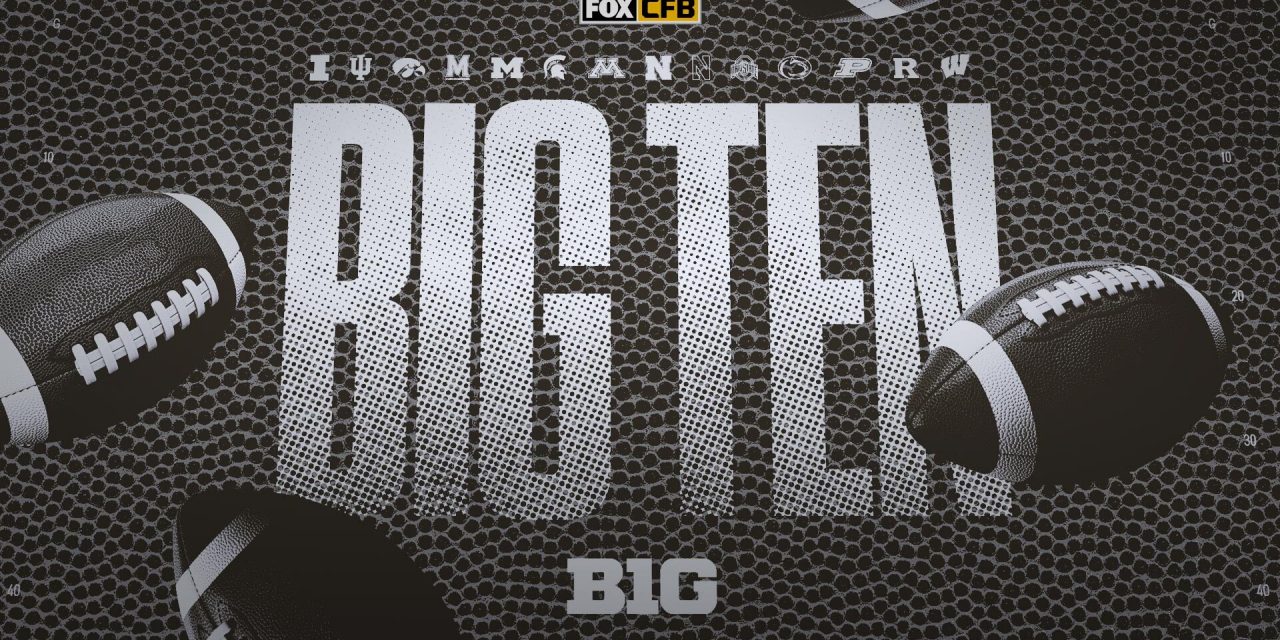 , Can anyone challenge the Buckeyes and Wolverines for supremacy atop the Big Ten? RJ Young evaluates the conference.,

We’ve already taken a look at the state of the Big 12 and the Pac-12. Now, as we sit roughly a quarter of the way through the season, let’s take a look at some key storylines in the Big Ten.

Is Michigan for real?

As I wrote in our roundtable this week, only rival fans and media care that “You Played Somebody.” Three cupcakes to start the year? That just causes folks like me to yell, “They ain’t played nobody!”

But by December, when that same team is hitting nine or 10 wins? That’s how you fundraise.

But if you lose to a cupcake, you’re gonna catch a load of cream filling to your face like a clown.

Of course, that’s not the problem at Michigan, which is 3-0 after a trio of easy wins over Colorado State, Hawaii and UConn.

Now that the Wolverines have eaten their dessert before the main course, though, let’s see if they can still eat their vegetables — i.e. Maryland.

Is Michigan’s schedule too soft for the CFP?

RJ Young examines how good the Michigan Wolverines have looked so far following their victory over UConn.

The opening line this week has shrunk from three touchdowns down to 17 (per FOX Bet). Last year the Wolverines were a two-touchdown favorite against Maryland and won 59-18. I want to know if Michigan just gets up for Maryland or if this game is a harbinger of conference games to come, as it was a year ago.

Now the Wolverines are in the thick of things. Another lopsided win against the Terps would do more to convince doubters that they can defend their first Big Ten crown since 2004 and prove, yet again, to have the measure of the Ohio State Buckeyes.

But I wouldn’t count on it. Because this edition of the Buckeyes is legitimately terrifying.

Is the Ohio State revenge tour on?

The 2022 Buckeyes have had to listen for the better part of eight months about how they were not physical enough — even soft — against That Team Up North in Ann Arbor, Michigan, last season.

The Wolverines handed the Buckeyes their butts behind a dominant defensive performance and five-touchdown rushing performance from Hassan Haskins that tied a Michigan record.

For perspective, running back Blake Corum also tied that record this season — against UConn. That’s not the kind of company the Buckeyes’ defense wants to keep.

But that is the story for Ohio State in 2022. We know that Ryan Day, quarterback C.J. Stroud and the rest of the Buckeye offense are gonna make like a group of Top Gun graduates flying 100 feet above mountainous terrain to nail a target three feet wide, only to dogfight their way back to the boat.

C.J. Stroud put on a clinic against the Toledo Rockets, passing for 367 yards and five touchdowns in the 77-21 victory.

What remains to be seen is if defensive coordinator Jim Knowles’ defense is legitimately better than predecessor Kerry Coombs’ was in 2021. After Week 1, I thought we’d heard the answer with a dominating performance against a then top-five Notre Dame.

But the Fighting Irish have since been beaten by Marshall and barely got past Cal. Beating up on Arkansas State and Toledo doesn’t tell us much. Shutting down a Wisconsin team led by All-Big Ten-caliber running back Braelon Allen would tell us more.

It’s hard to see how these Buckeyes don’t end up in a Big Ten East showdown for the right to play in the conference title game, and they’ll likely be the favorite to win the league title and earn an invitation to the College Football Playoff.

Speaking of the Big Ten East … it’s a monster.

That’s not an opinion. That’s not a question. It’s a simple reality. It’s a fact, nearly as immutable as gravity. As I wrote in my Week 4 Top 25 rankings, since the Big Ten was split into two divisions in 2014, there has never been a season when either Big Ten division saw all seven teams begin their respective seasons 3-0, according to FOX Sports research.

This season, the Big Ten East would have pulled it off if not for Michigan State’s stumble at Washington on Saturday.

There has never been a better argument for the Big Ten to disband its divisions and let the two teams with the best records play each other for the league title.

And now that we’re in conference play, all of those teams have to play each other. Outside of Ohio State and Michigan, the Penn State Nittany Lions feel like the team most capable of rising to the top of the division, but they have questions that must be answered still, too.

Starting with the big one …

Is Penn State for real?

I was loud about two things related to Penn State football during preseason. The first is that the Nittany Lions began this season without a single player who had rushed for 100-plus yards in any game last season. In fact, Penn State had to look back to November 2020 for their last 100-yard rusher.

The second is that true freshman Nick Singleton would put an end to that streak. Even as James Franklin and Sean Clifford each sat across from me at Big Ten Media Days and assured me that they’ll need all of their tailbacks to run the ball effectively, I was insistent that Singleton was a cut above the rest.

Nicholas Singleton helped the Penn State Nittany Lions gain a 21-6 lead vs. the Auburn Tigers, thanks to a 53-yard run that set up his rushing touchdown from the 1-yard line.

He’s since rushed for at least 124 yards in each of Penn State’s last two games. In three games, he’s carried the ball just 30 times for 334 yards.

He is the most talented and productive tailback at Penn State since Saquon Barkley. As he goes, so goes this Penn State team. Simply put, if we happen to look up and see Penn State has won its first conference title since 2016, rest assured that Singleton will be at the center of its success.

Are the Golden Gophers as good as I think they are?

Here’s how much I believe in Minnesota: The Gophers have all the pieces to put together an upset against Ohio State.

Yeah, I said it. But with good reason.

P.J. Fleck has successfully put the band back together — the band that led Minnesota to an 11-win season and an Outback Bowl win in 2019.

For our purposes, Ibrahim is as important to Minnesota as Freddie Mercury is to Queen. He is their frontman, and the Golden Gophers simply don’t run without him — literally.

Why Minnesota is a top-10 team

RJ Young explains why he thinks the Golden Gophers can win the Big Ten West and play Ohio State in the Big Ten Championship Game.

As I wrote in our staff picks piece this week, Ibrahim rushed for more than 200 yards against Colorado last week and has put together 12-straight 100-yard rushing performances dating back to 2019. The Gophers are one of just two teams averaging more than 300 rush yards per game this season. The other is an academy team (Air Force).

The Gophers are my pick to represent the Big Ten West in the Big Ten title game and the division’s best bet to win the conference title for the first time in a decade.

Show me an offense that the Hawkeyes defense can depend on, and I’ll show you a team that can challenge Minnesota for Big Ten West supremacy. But that’s a big ask judging by the play of quarterback Spencer Petras and the play-calling of offensive coordinator Brian Ferentz.

Perspective: Last year, the Hawkeyes counted Charlie Jones as one of their wide receivers. He caught 21 passes for 323 yards and three TDs all last season. Since transferring to Purdue, he’s caught 32 passes for 474 yards and five TDs. It’s not that Iowa doesn’t have playmakers. It’s that Iowa refuses to use them.

The last Big Ten West team to win the league title doesn’t feel competitive enough to do it this year. Graham Mertz has yet to appear as the second coming of Russell Wilson, and even Allen can only do so much when the defense knows the quarterback is not a threat to beat them.

After a promising start to the season, Mel Tucker’s Spartans were punched in the mouth by a Pac-12 program in transition with a new head coach, transfer quarterback and little-to-no expectation to compete for their league’s title.

– CFP, Heisman and other predictions from FOX Sports staff

– Pac-12 is back in the spotlight, for all the right reasons

– Maryland-Michigan and more: Week 4 by the numbers

The Pac-12 is back in the spotlight, for all the right reasons 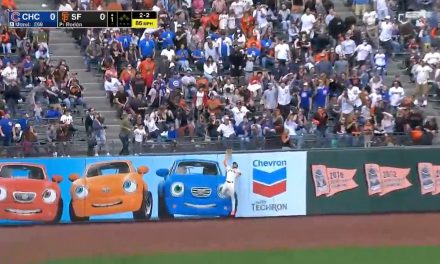 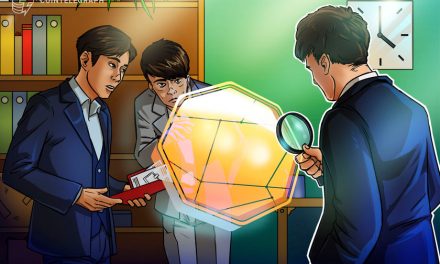 South Korean regulators to prepare guidelines for security tokens in 2022

Shildt on Gallegos: ‘You can trust him with runners on base’,