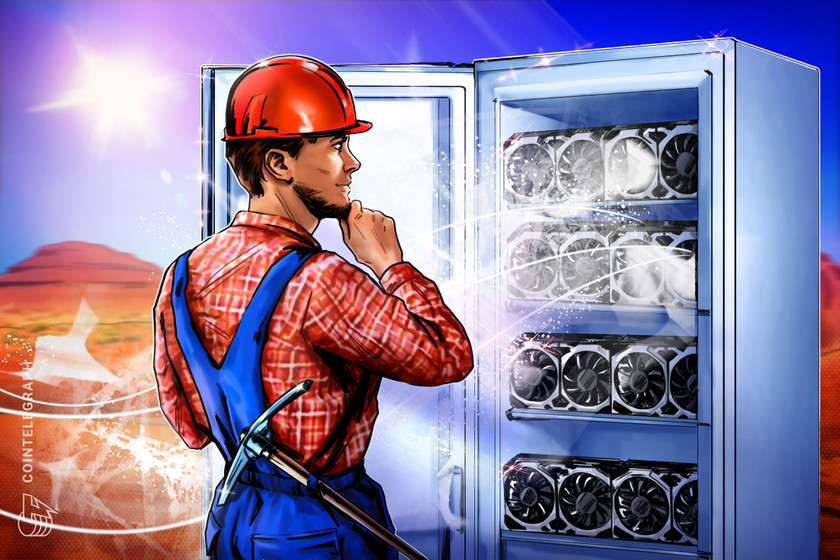 Extreme heat won’t stop miners from setting up operations in Texas, but more sustainable practices may be required.

While hot climates may be unusual for many of these regions, Texas — a state notorious for its boiling summers — is experiencing hotter-than-usual temperatures. The Electric Reliability Council of Texas (ERCOT) recently stated that Texas’ power load demand has been breaking records consistently this month.

Unsurprisingly, Texas’ continuous heat wave is having a major impact on crypto miners located throughout the Lone Star State. As Cointelegraph recently reported, a number of miners in Texas had to cease operations entirely earlier this month in order to accommodate Texas’ energy grid load.

Lee Bratcher, president of the Texas Blockchain Council, told Cointelegraph that there are about 10 industrial-scale crypto miners and 20 smaller-scale miners currently located in the region.

Earlier this month, ERCOT asked businesses and residents to voluntarily conserve electricity during the Texas heat wave. A Riot Blockchain spokesperson told Cointelegraph that its Whinstone facility in Rockdale is now participating in ERCOT’s Four Coincident Peak program, noting that the facility will curtail all power to help stabilize the grid during peak hours of demand. “As part of Riot’s participation in the program, in June the company curtailed energy consumption for a total of 8,648 megawatt hours,” the spokesperson said.

Peter Wall, CEO of Argo Blockchain — a crypto mining company that recently opened a data center in West Texas — also told Cointelegraph that the company curtails mining operations when ERCOT sends out a conservation alert. On July 19, 2022, he said that Agro had to undergo this, along with many other mining operators in the area.

As a result, Bitcoin (BTC) miners saw the biggest drop in computing power on July 21, 2022, since China banned crypto mining in May 2021. This came as a surprise to industry experts who would have expected the Bitcoin hash rate difficulty to increase based on current trends. Frank Holmes, CEO of Hive Blockchain Technology — a publicly traded crypto mining company with operations in Canada and Europe — told Cointelegraph that Bitcoin’s hash rate difficulty was supposed to rise 3% each month based on financial models, but that this hasn’t been the case due to a number of reasons. He said:

“As the price of Bitcoin fell, many S9 mining machines went off, or electricity surged and miners had to stop operations. But more importantly, many machines that were going to be plugged in are now unable to be utilized, which has also made the difficulty go down.”

Holmes noted that the drop in Bitcoin computing power has been beneficial for Hive since their facilities have not been impacted by climate change or other factors. He added that new mining machines are being delivered to Hive each month and that slots are being filled to accommodate growth. Yet, Holmes shared that Hive continues to scout out locations to establish its next mining facility in Texas, which will serve as the company’s first U.S. establishment.

Despite Texas’ extreme weather conditions on miners, Holmes explained that Hive’s method of using 100% green energy to mine both Bitcoin and Ether (ETH) will not disrupt the state’s power grid. Holmes elaborated that Hive’s future Texas facility will operate as a solar wind farm, which will not be subject to ERCOT’s regulations. “There are various locations in Texas that have the infrastructure we require for this. There are also credits to ensure that we build a solar farm.”

Recent: 3AC: A $10B hedge fund gone bust with founders on the run

While Holmes is confident that Hive will soon operate in Texas, he explained that the company has big ambitions for the facility, noting that it would require 300 megawatts of power. Given this, Holmes explained that Hive is being cautious about setting up in Texas too quickly, noting that a large-scale mining operation is risky when it comes to delivering on time. “We don’t want to scare communities or disappoint our shareholders,” he remarked.

Issac Holyoak, chief communications officer of CleanSpark — a sustainable Bitcoin mining and technology company — also told Cointelegraph that the firm is planning to open a mining facility in West Texas. While the bulk of CleanSpark’s miners is located in Georgia, Holyoak explained that the company has a co-location agreement in West Texas with the energy company, Lancium. He said:

According to Holyoak, CleanSpark and Lancium’s Texas-based mining facility will launch in December of this year. Like Hive, Holyoak noted that CleanSpark has been benefiting from miners in Texas shutting down since there is less network competition. But, he believes it’s beneficial for the company to have operations in Texas due to the abundance of renewable energy in the region, along with the welcoming nature of counties looking to bring in additional commerce from mining operations.

“It’s a very unique market and it does have renewable resources that are extremely important to sustainable miners,” he said. With locations in Georgia and a few in upstate New York, Holyoak added that it’s important for CleanSpark and other miners to diversify their locations, noting that climate change and other extreme weather events can happen anywhere.

Even though Texas-based miners are being impacted by severe heat, Holmes believes that many of them are handling the situation well by powering off when needed. However, as more sustainable miners enter the state, already established operators may want to reconsider their mining techniques.

For example, Holmes explained that Hive educates authorities in the regions where they are based to help them understand their long-term environmental, social and governance targets. He said:

“In Quebec, we have a 40,000 square foot building with 30 megawatts of electricity, and we send the heat generated from our ASIC mining machines to heat 200 square feet of the building. The energy is recycled and is meant to accommodate the unique building structures in New Brunswick.”

This being the case, Holmes noted that having a long-term sustainable vision when it comes to mining can be very beneficial. He added that Hive’s Sweden location has software that ensures the company’s mining operations are down between the hours of 7-9 a.m. and 5-7 p.m., five days a week. “These are sensitive, peak demand times. We have a strategic relationship with the region to ensure our operations stop when needed,” said Holmes. He further shared that Hive mines about 9.8 BTC and 100 ETH per day.

Taking a different approach, CleanSpark uses immersion cooling to mine Bitcoin. Matthew Schultz, executive chairman of CleanSpark, told Cointelegraph that the company is among the first large-scale data centers of its type in North America to purchase immersion cooling infrastructure for their Norcross mining facility. He explained:

“Immersion cooling is a technique that we use for Bitcoin mining. The mining machines are prepared via the removal of their fans and submerged in tanks of biodegradable mineral oil. This increases mining efficiency by an estimated 20%. The oil is recycled through the facility and re-used while running through a heat exchanger that keeps the temperature around 125 degrees F.”

Holyoak added that most fan-based mining operations are kept cold by using ambient air, so hotter climates will impact the performance of machines, but immersion cooling can help mitigate this factor.

He noted that immersion cooling will not be impacted by excessive heat. However, heat waves can spike energy prices which in turn may make it uneconomical to run machines. According to Holyoak, this is likely the case with Riot, as the company announced last year the use of immersion cooling at their Whinstone facility.

All things considered, industry experts believe that utilizing clean energy sources will help miners prevail against climate change. Elliot David, carbon management specialist at Sustainable Bitcoin Protocol — a company that verifies sustainable Bitcoin mining practices — told Cointelegraph that based on recent events, every mining company will have to think about climate resilience, whether they are based in a hot climate like Texas or cold climates like Norway:

“Utilizing clean energy sources is also an important solution because while they are intermittent, energy systems are all really exercises in balance. The grid has to meet demand with supply, and flexible loads such as Bitcoin make those balancing acts much easier.” 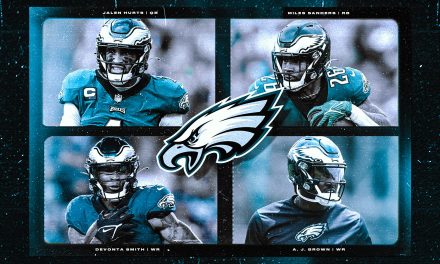 Eagles’ Sanders: ‘We feel unstoppable’ ahead of new season,

Al Horford shines in NBA Finals debut as Celtics take Gm 1 vs. Warriors I THE HERD,

WATCH: Muñoz crushes a two-run homer to tie the game, 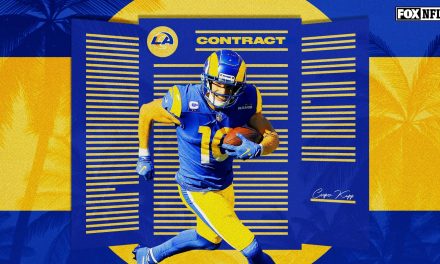