Tom Brady’s fury brings out the best in Bucs 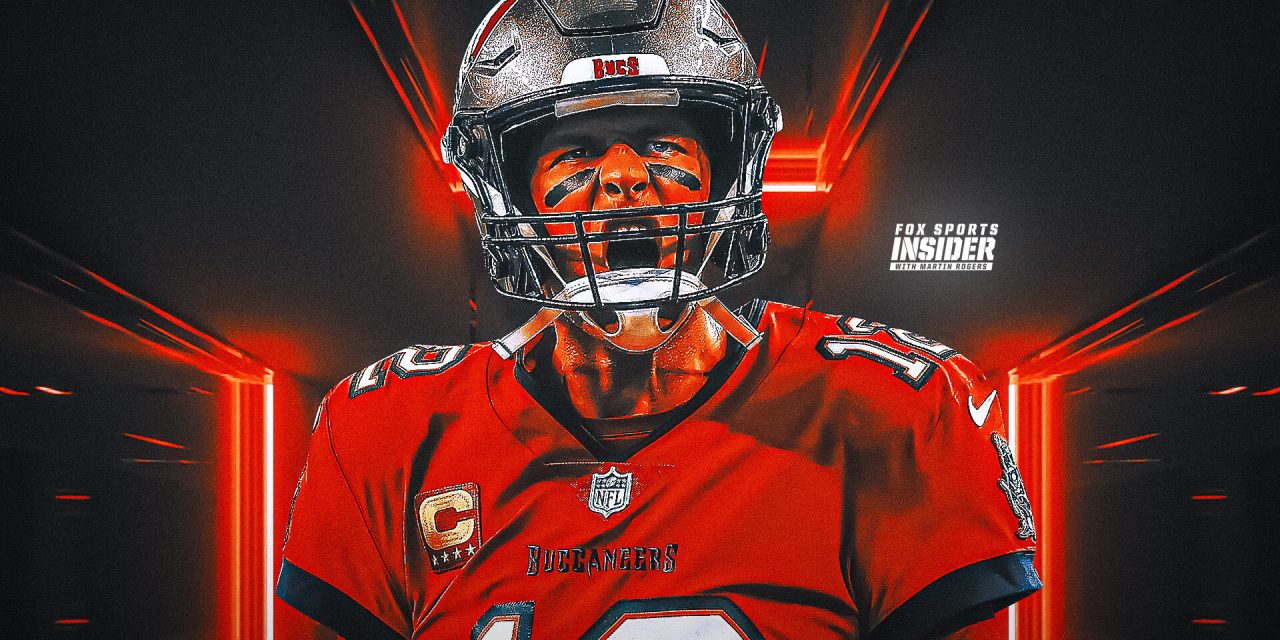 , Tom Brady’s fire remains live and well at age 45 – and no one overcomes adversity better than TB12, writes Martin Rogers.,

There is always so much else to talk about with Tom Brady that it is easy to forget he gets angry during games. Often. It has been that way for, like, ever, yet it’s still somehow treated like the juiciest snippet of breaking news.

The football field is Brady’s happy place, sure. How can it not be if he’s still doing this at age 45, with every conceivable item long-since checked off the career bucket list? But it is also his irate place, his frustrated place, his cuss-word place, his yelling place, his shake-of-the-head place and his don’t-talk-to-me-when-I’m-ticked place.

And, when it all got a bit too much last Sunday, the Tampa Bay Buccaneers‘ bench became his hurl-a-tablet-to-the-ground place, a moment Brady knows could soon enter the all-time meme Hall of Fame if the internet’s wittier minds do their jobs properly.

For the second straight week, Brady didn’t play as he would have liked to, wasn’t always on the same page as his receivers, couldn’t freewheel throws all over the field with impunity, was held to un-Brady-like numbers (18-for-34, 190 yards, one touchdown) and was hassled by an aggressive, disruptive New Orleans Saints defense that turned up with forceful intent.

It was an eventful afternoon that saw Brady severely displeased with some of the refereeing, most notably sprinting upfield in the fourth quarter to remonstrate with the officials, getting into it with Saints safety Marshon Lattimore — with a scuffle resulting that led to the ejection of Lattimore and Tampa receiver Mike Evans.

Mike Evans and Marcus Lattimore were ejected Sunday after initiating a brawl. From that point on, the Bucs outscored New Orleans 17-7 to win 20-10. Skip Bayless and Shannon Sharpe discuss if Tom Brady and the Bucs were ignited by the brawl.

Brady admitted his game-long annoyance, pledged to be better and to treat it as a learning experience, rationalized it in his own head and ultimately played it off with a laugh on his “Let’s Go!” podcast.

“I was pretty pissed,” Brady joked, in reference to the tablet incident. “I forgot the password, and I couldn’t log in, so those things can be frustrating.”

After all that, though, the Bucs still won, moving to 2-0, occupying a familiar Brady-era role as leader of the NFC South, and one of only three teams in the conference to remain numerically perfect.

They looked fallible, you say? More like dangerous. For what is the most imposing signal to send at this initial stage of a new football year?

Is it something like what the marauding Buffalo Bills are putting together, passing every eye test and laughing off the challenges of the reigning Super Bowl champion (Rams) and last year’s AFC No. 1 (Titans) without breaking stride?

Could it also be a team such as Aaron Rodgers’ Green Bay Packers, who had their stumble in Week 1 and seemed to gather inspiration from it, ahead of Sunday’s mouthwatering journey to Brady’s Bucs (4:25 p.m. ET on FOX and the FOX Sports App)?

Or is it a team like Tampa that sits in between, with what it hopes to be its weaker performances already in the rearview, with a seven-time NFL champion at the helm, with lessons learned yet no tangible damage to the win column?

Those touting the games against the Saints and the opening week arm-wrestle against the Dallas Cowboys as evidence Brady is set for a campaign of struggle are welcome to their opinion. But those teams are expected to have very good defenses, and the aforementioned skeptics are joining a long line of doubters who espoused similar theories in years gone by. How are those working out?

For the past decade or so, any time Brady has a game where his productivity is short of his typical standard, the discussion turns to whether the opening signs of a slowdown are creeping in.

No athlete gets scrutinized more heavily, across the sports world. No parcel of information passes without note or comment. This is a sports column, and we’re not in the gossip business, except to say these are strange times indeed when NFL insiders are reporting on rumors regarding a player’s marriage in a similar vein to trade talk and contract extensions.

But it’s Brady, so the usual rules don’t apply.

This season, he’s taking Wednesdays off each week, which, of course, has led to whispers the move is related to either his personal life, his physical state, or both. Who knows, but bear in mind that Evans (age 29) and some other players on the Tampa roster also get a weekly rest day.

“I’ve worked weekends for the last 23 years,” Brady added. “I do deserve one day off a week.”

Naturally, staying healthy for this long has played a massive part in what Brady has been able to achieve, obsessively keeping himself in optimal shape with a diet and conditioning regime that’s not for the meek, plus, of course, some good fortune in mostly avoiding the sort of devastating injuries that no one can account for.

But, just as crucially, he’s also managed to stay engaged, ferociously motivated, hungry enough to be cold-eyed and ruthless and dominating when things are flowing properly. And so demanding of excellence that he’s going to get angry when they’re not.

The fire is part of his thing. It always has been, it has just been overlooked because there’s been other things to talk about. Like, you know, winning.

What doesn’t get spoken about enough is that no one overcomes temporary adversity more effectively than Brady, and no one plans harder to try to avoid the obstacles from popping up in the first place.

Since leaving New England the humor has played more of a part in his mental game, like how he defused the conversation about last weekend’s moment of heated annoyance by poking fun at himself. Others were willing to jump in and join the gag, with Microsoft’s product chief insisting the company’s tablet is built to last, and “should be just fine.”

If history tells us anything, Brady will be, too.

He probably appreciates the concern. But at 2-0, with some of the wrinkles exposed and then ironed out, it’s really not necessary. 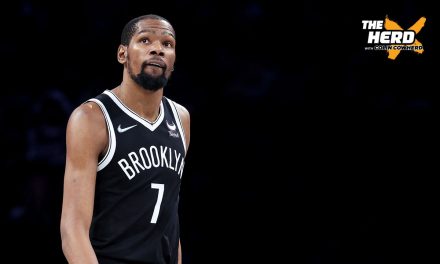 Kevin Durant reportedly “isn’t talking to anybody” amid trade request from Brooklyn | THE HERD, 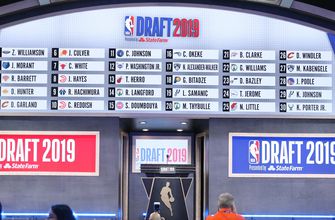