The present and the future of St. Louis football was on full display Friday night at Christian Brothers College High School’s W. Michael Ross ’66 Stadium. On one side was the king of the hill, the East St. Louis Flyers, a perennial power led by area icon Darren Sunkett with an influx of transfers who are expected to form the area’s best team and one of the best in the country. On the other, the Cadets of CBC, winners of the 2017 and 2018 Missouri Class 6 state championships looking to regain their perch as the best team in Missouri’s biggest city and biggest class.

It wasn’t easy. The Flyers won 48-44, a result that wasn’t secured until the East St. Louis defense stepped up and stopped the Cadets 30 yards short of a go-ahead score with less than two minutes to play. Ali Wells ran 48 yards for a first down that allowed the Flyers to run out the clock and walk away with the first of what they hope to be many victories in 2021.

Mizzou among four schools standing out to Cayden Green 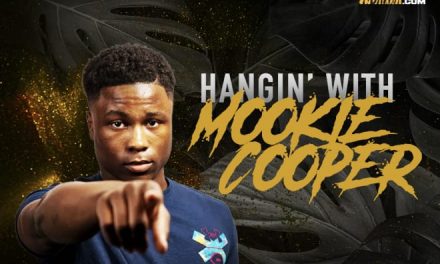