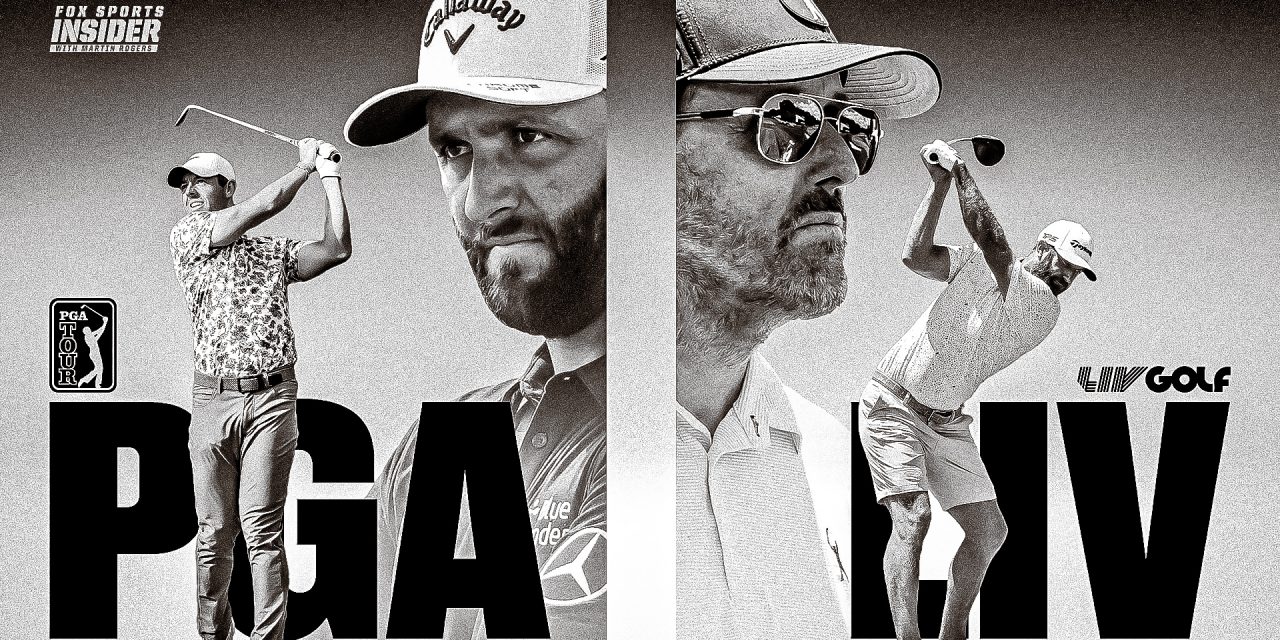 , LIV isn’t going away, so maybe it’s time for the PGA to make some big changes of its own, Martin Rogers writes.,

Golf is in the midst of a highly contentious split. The upstart LIV International Series, funded by the Saudi Arabia sovereign investment fund, has rocked golf to its antique bones.

Heading into Thursday’s U.S. Open at Brookline, no one can quite agree on what it all means and how it is going to play out, and there are nuanced variations on the ethical rights and wrongs of professional athletes taking big money from a regime accused of awful things.

Read a bunch of different takes and you’ll get several points of view with one consensus only – this is bad for golf.

But does that theory even hold water? What follows is an uncomfortable thought to have and a somewhat painful sentence to write.

Yet it should not be entirely dismissed that this shake-up and the animosity between the rivaling parties, the verbal pot shots taken by the players, and yes, the Saudi money, might actually turn out to be some kind of positive for a game that has reveled in keeping things exactly the same for a long, long time.

The moral side of the LIV dilemma has been addressed, often, and with some excellent perspectives, by a number of fine writers and commentators. It’s a grim topic, with the gruesome murder (according to U.S. intelligence reports) of journalist Jamal Khashoggi merely the tip of the Saudi government’s alleged indiscretions.

If you are of the thought that the source of the financial backing for LIV, which had its opening event in London last week and will be an eight-stop event series paying out $225 million in year one, is proof that golf has sold its soul, I won’t fight you on the point.

And yet — purely personal opinion here — it is deeply complicated. For if we are going to look deeply and make judgments on where the LIV backing comes from, then it shouldn’t stop with Saudi Arabia and its Public Investment Fund. When it comes to government involvement in sports, things get tricky.

Soccer’s 2018 FIFA World Cup was a sensational tournament featuring dramatic games and outstanding performances by some of the planet’s greatest players. It was also widely labeled as “sportswashing” by Russian leader Vladimir Putin, who by then had already annexed the Crimean Peninsula and implemented discriminatory policies against his nation’s LGBTQ+ community. The USMNT didn’t boycott that tournament and never seriously considered doing so — they just didn’t qualify.

How are we supposed to feel about the event now? Is it OK to have loved it, and to still love the memory of it, but despair at the prior and subsequent actions of Putin? In truth, I’m not quite sure. What about China’s Olympic Games from 2008 and 2021? Are the performances of Usain Bolt or Nathan Chen tainted?

Whether it is possible to see past the LIV controversy and even look at the raw product objectively is up to the individual. If LIV had happened without the Saudi money but from some other source, the optics would have been totally different.

The format — three days, no cut, tight TV windows — is sound. The shotgun start allows fans to keep track of who is doing best out of players like Dustin Johnson, Phil Mickelson and Sergio Garcia in real-time, instead of waiting hours for everyone to finish. The payout structure addressed the unique golfing quirk that sees PGA Tour players who finish just below the halfway line after two days go home out of pocket, without any kind of paycheck.

Sports in the past have benefited from the challenge of competition. In the 1970s, the American Basketball Association introduced slam dunk contests and the now-standard 3-point line.

In the sport of cricket, a 1970s breakaway fueled by Australian television money created the framework for the game to move into the modern era. Shorter formats, colored clothing and other innovations prevented the sport from cannibalizing itself with a devout adherence to tradition.

In women’s tennis, the Virginia Slims Circuit persuaded the sport’s chiefs to begin to address the outrageous pay gap between men and women in the sport.

Football leagues like the USFL have allowed the freedom to try new things, though it should be noted that of all pro leagues, the NFL has perhaps done the best job of fine-tuning its rules to stay up to speed with modern times.

Golf, with all its history, was always going to be resistant to change. Within the past year, the PGA Tour’s rules committee rejected even a tame tweak that would have allowed for more compelling groups in the final round of tournaments by tinkering with how to pair players tied on score after three days.

Is the fallout from this that golf improves as a spectacle? That’s the best-case scenario.

In the meantime, the rivalry aspect between the PGA diehards and the LIV renegades brings some showbiz to the U.S. Open. Both sides are throwing themselves into it. The Tour went heavy with punishments. Rory McIlroy, Justin Thomas and others have derided the LIV product at every turn. The defectors are unrepentant while cashing their checks, simultaneously fending off criticism from all corners about their morality.

And maybe this is a sign of our times, but the whole ruckus is bringing way more eyeballs to the sport. In the recent past, the biggest controversies have been about the fairness of belly putters, or whether Bryson DeChambeau’s scientific experiments were in keeping with golf’s age-old spirit.

Not to mention, we’re talking about golf in the month of June — a lot. That doesn’t normally happen. Publicity isn’t everything, but it is a valuable commodity for a sport in golf’s position.

LIV is not going away. Like it or not, it has got so much money behind it, that there is some inherent sustainability.

Will it rightly lead to ongoing questions about the uncomfortableness of nations attempting to improve their international image and cover up wrongdoing through the funding of sports? Hopefully.

Might it also lead to better broadcasts, most interesting viewing experiences, bigger prize pools, and, whisper it now, a brighter future for golf? At the very least – maybe.

It is hard to have a definitive takeaway, with so much left to develop and the situation in true flux, except for this.

The pity isn’t that LIV is here, it is in what made it possible.

Martin Rogers is a columnist for FOX Sports and the author of the FOX Sports Insider Newsletter. You can subscribe to the newsletter here. 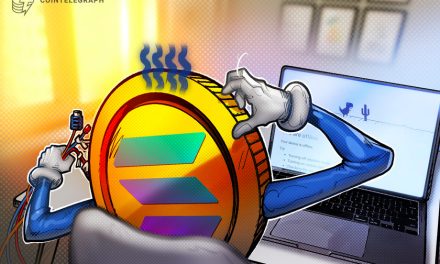 Solana suffers 7th outage in 2022 as bots invade the network

Crypto News From the German-Speaking World: Oct. 6–12 in Review 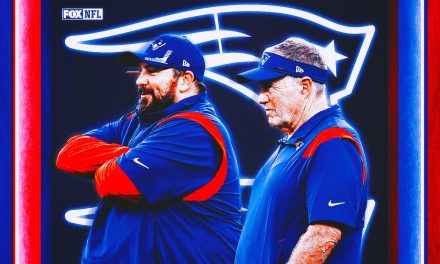 Matt Patricia could be calling Patriots’ offensive plays this season,