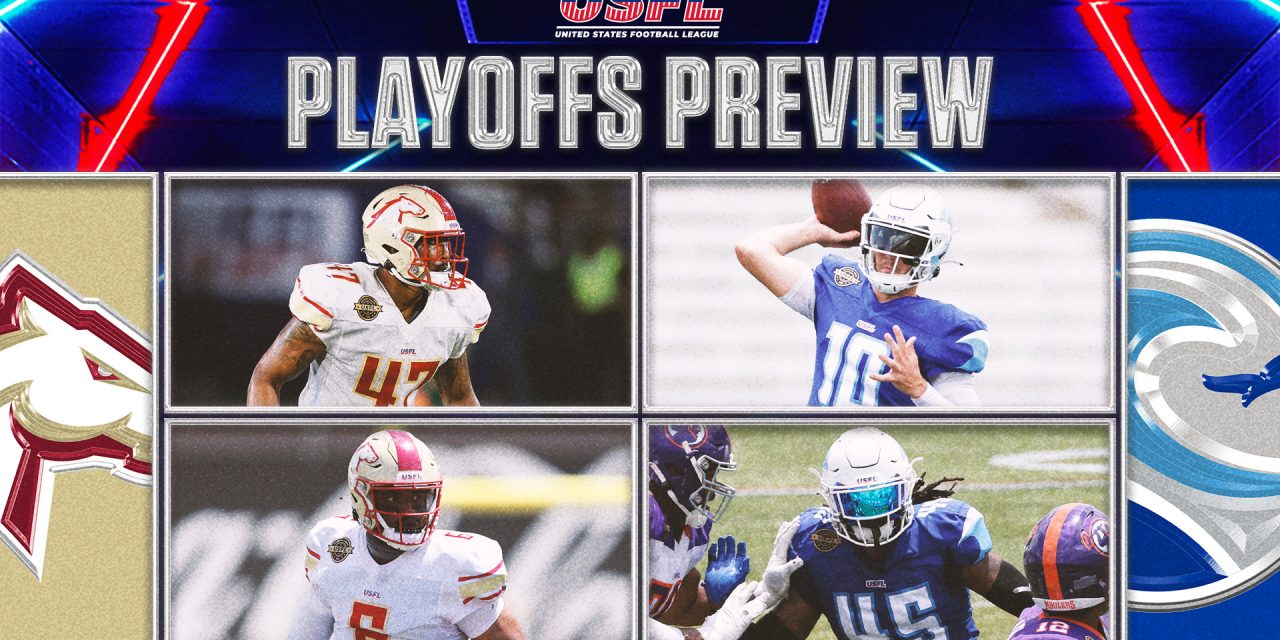 , The Stallions aim to bring a trophy back to Birmingham, but they’ll have to get past the Breakers first, Eric D. Williams writes.,

BIRMINGHAM, Ala. — Birmingham Stallions head coach Skip Holtz described his team’s close win over the Tampa Bay Bandits on Saturday as a “Comedy of errors,” in which they turned the ball over twice and had a handful of bad snaps on offense.

After watching his team suffer its first loss this season two weeks ago against the Houston Gamblers, then witnessing a ragged win over the Bandits in his team’s final game of the regular season, Holtz would like to see the Stallions from earlier this year get back on track.

With Birmingham clinching a berth in the USFL playoffs a month ago, Holtz chalks up his team’s late-season struggles to his inexperience dealing with this new situation for the first time in his 34 years of coaching.

Related: Everything to know about the USFL playoff matchups

The top seed in the Southern Division, the Stallions face the New Orleans Breakers in Canton, Ohio on Saturday (8 p.m. ET on NBC) in a game where they will not have home-field advantage for the first time this season. The Stallions played all of their regular-season games in Birmingham, along with the other seven teams in the USFL this year.

“Even though we’re not going to have a ‘home crowd’ advantage when we go up there, I still feel like we have an opportunity to play for the people in Birmingham,” Holtz said. “And a lot of what we are going to try and do right now is bring that trophy back to the people here, as supportive as they have been for us.”

The Stallions have defeated the Breakers twice this season, so they have a good idea of what to expect, according to edge rusher DeMarquis Gates.

The Ole Miss product has been one of Birmingham’s top defensive playmakers this season, leading the Stallions in tackles (62) and sacks (6.5). Gates also leads the USFL in tackles for loss (11) and was named to the USFL All-Defensive team for his effort.

“Just when my number is called and plays need to be made, I just try and go out and make them,” Gates said when asked about his production this season. “It feels good to be rewarded for it, for all the effort and hard work that you put in. But we’re just trying to get to that championship. That’s going to be the best reward at the end of the day, to bring home that trophy.”

The Breakers (6-4) look to get back to their winning ways after a 20-3 drubbing at the hands of the Gamblers over the weekend.

New Orleans head coach Larry Fedora chose to rest quarterback Kyle Sloter, one of the leading passers in the USFL this season, along with a couple of other starters last week in preparation for Saturday’s playoff contest.

“We’re going to find out this week in practice what we’re made of,” Fedora said. “And whether or not we’re the team we think we are, or the team we showed tonight.”

The Houston defense stepped up in a big way in Week 10, notching four sacks, two interceptions and a touchdown against the Breakers.

Even with Sloter and the other starters out, Fedora said the Breakers still expected to win against Houston with backup Zach Smith starting at quarterback. But with his team’s poor effort, Fedora said he will need to take a different approach in practice this week.

“You’d like to at this point of the year be able to pull off some and maybe not hit as much — do all the things you need to do to get ready for a playoff game,” Fedora said. “But we’ve got to fix some fundamentals. So, I think we’ve got to block and catch and tackle and throw — do all of the fundamental things we need to do to be a decent football team.”

The Breakers scored a total of 22 points in their two losses to Birmingham this season. Over the last two games, New Orleans has averaged just 10 points a contest — so figuring out how to get Sloter and the rest of the offense back on track will be a point of emphasis for Fedora.

On the injury front, Holtz said offensive tackle Darius Harper was limited last week due to a knee issue but should be ready to play against New Orleans. The Stallions also held out quarterback J’Mar Smith in favor of backup Alex McGough against Tampa Bay, so Birmingham’s starting quarterback should be healthy as well.

“We were able to come out of the game very clean, very healthy,” Holtz said.

USFL playoffs are set: Everything to know on Generals-Stars, Stallions-Breakers

Schenn: ‘Just committing to defense’ was key to strong homestand,