What does returning eight defensive starters mean for Mizzou in 2023 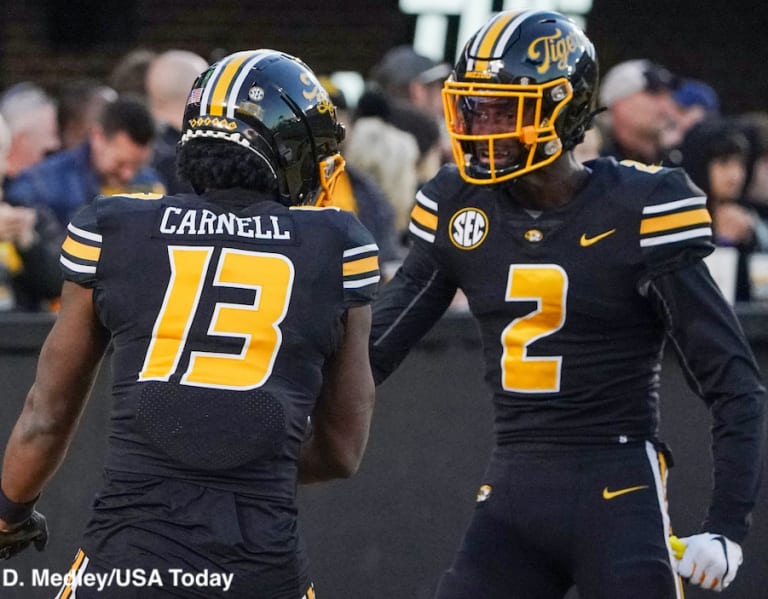 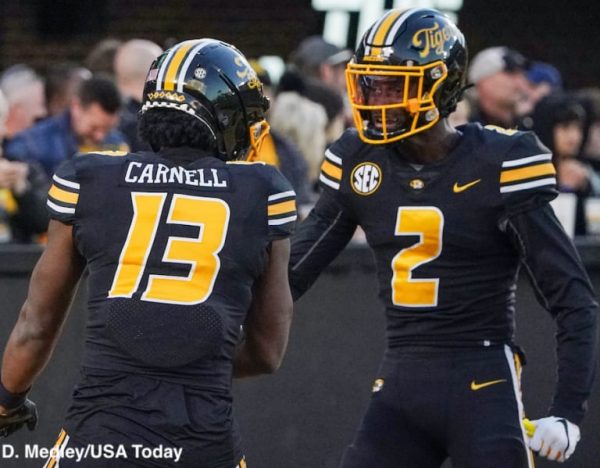 The new normal seems to be coaches and fans waiting for players to release a social media post announcing whether they intend to return to school, enter the transfer portal or enter the NFL Draft.

Hopper took his time deciding, but to the delight of Drinkwitz, Baker and many Tigers’ fans, Missouri football’s Twitter account released a video confirming Hopper confirming he would return to Missouri in 2023, in the process, making him the eighth defensive starter to return to Columbia next season.

In 2021, Missouri had one of the nation’s worst defenses and in his first year Blake Baker turned this into a top-30 defense and part of that is because Hopper was playing the best football at the linebacker position since Nick Bolton was in town.

In 2021, Missouri had one of the nation’s worst defenses. However, Missouri turned into a top-30 defense this past season after Baker took over defensive coordinating duties from Steve Wilks and the defense was able to get a number of instant impact transfers including Hopper, who played the best football at the linebacker position since Nick Bolton was in town.

Returning eight starters is big for this team, especially when the three starters who left (Isaiah McGuire, DJ Coleman and Martez Manuel) were seniors and the team’s top three leaders in sacks with McGuire and Manuel being team captains.

What does this mean for Missouri?

This means the Tigers’ problems are much of the same problems they had in 2022 ? the offense. A 6-7 record isn’t a record to boast about, but considering there was a point where Mizzou was on a collision course for a four or five-win season and the defense was the thing that kept it above float is something to be proud of. With most of the starters returning and Daylan Carnell poised to capitalize off of his breakout 2022 season, the defense has nine key starters in place.

As for the offense, it needed a new quarterbacks coach and an offensive coordinator and Drinkwitz filled both of those roles by hiring Kirby Moore. Whether he is good or not will be determined over the next season or two, but it helps Drinkwitz for the time being who admitted to having too many responsibilities on his plate.

“It became very clear to me that the requirements of the head coach were causing me not to have full focus on the offense,” Drinkwitz said at Moore’s introductory press conference. “Now, you have to recruit everybody in your building. You’ve got to recruit coaches, players, boosters and fans. So, that’s a large majority of my time as far as specifically in the last two years and I think that’s everybody’s feeling right now.”

With the transfer portal and the ever-changing landscape of college football, the idea that Missouri gets a second crack at fixing one side of the ball is a positive. Mizzou could’ve very well gone into the offseason having to fix the offense and completely rebuild the defense.

There are a number of things on offense that have to be retooled or rebuilt. The offensive line and tight end position probably go under rebuilding while the running back and wide receiver positions just need refiguring and retooling. So far, Missouri has added wide receivers Theo Wease (Oklahoma) and Dannis Jackson (Ole Miss) and offensive tackle Marcellus Johnson (Eastern Michigan) in the transfer portal and Javon Foster recently committed to playing for the Tigers in 2023.

The quarterback position is in the air due to Brady Cook being sidelined from a torn labrum in his right (throwing) shoulder. He had an up-and-down season that started off poorly but got better as time went on, but he will miss all of spring football recovering from the injury and that paves the way for Sam Horn and walk-on Tommy Lock to get reps.

Quarterback may not be seen as a rebuilding position because the team could’ve won eight games even with Cook’s struggles last season. Nonetheless, Drinkwitz probably feels better having to worry about fixing one side of the ball as opposed to having to fix both.

What holes need to be filled?

In the final few weeks of the season there was speculation the Tigers could lose up to seven or eight defensive starters, so losing three to the NFL Draft isn’t that bad. However, those holes still have to be filled.

Of the three who left the player who is the easiest to replace is Manuel, who had his replacement, Carnell, playing around 45% of the defensive snaps.

Carnell, a former four-star prospect, played really well as the fourth safety and one of the first defenders off of the bench. He co-led the team in interceptions with Jaylon Carlies with three (one returned for a touchdown) to go along with 29 tackles, two tackles for loss, five pass deflections and two fumble recoveries. Not to mention, the team’s highest-ranked recruit was four-star safety and Rivals’ 198th-ranked player Marvin Burks. The team also has Tyler Hibbler, Tyler Jones and Issac Thompson waiting in the weeds and recently added defensive back Trevez Johnson, a Florida transfer, and Sidney Williams, a Florida State transfer, and Kris Abrams-Draine‘s cousin.

The biggest hole on defense is the defensive end position not only because Coleman and McGuire left, but because Trajan Jeffcoat announced he was going to return to the Tigers in 2023 before hopping in the transfer portal a week later. Jeffcoat had started the first nine games opposite of McGuire before being supplanted by Coleman, so Jeffcoat could be looked at as a “fourth” starter lost. Coleman did outplay Jeffcoat, whose numbers went down over the last two seasons after a really productive 2020.

If Missouri can maintain even a top 45-50 defense and the offense can fix their issues then a seven or eight-win season possibly becomes the floor instead of the ceiling. 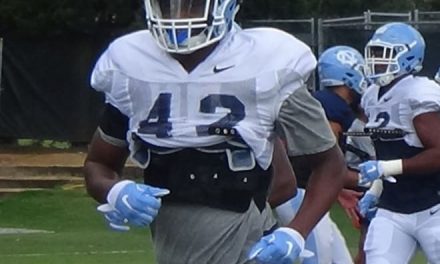